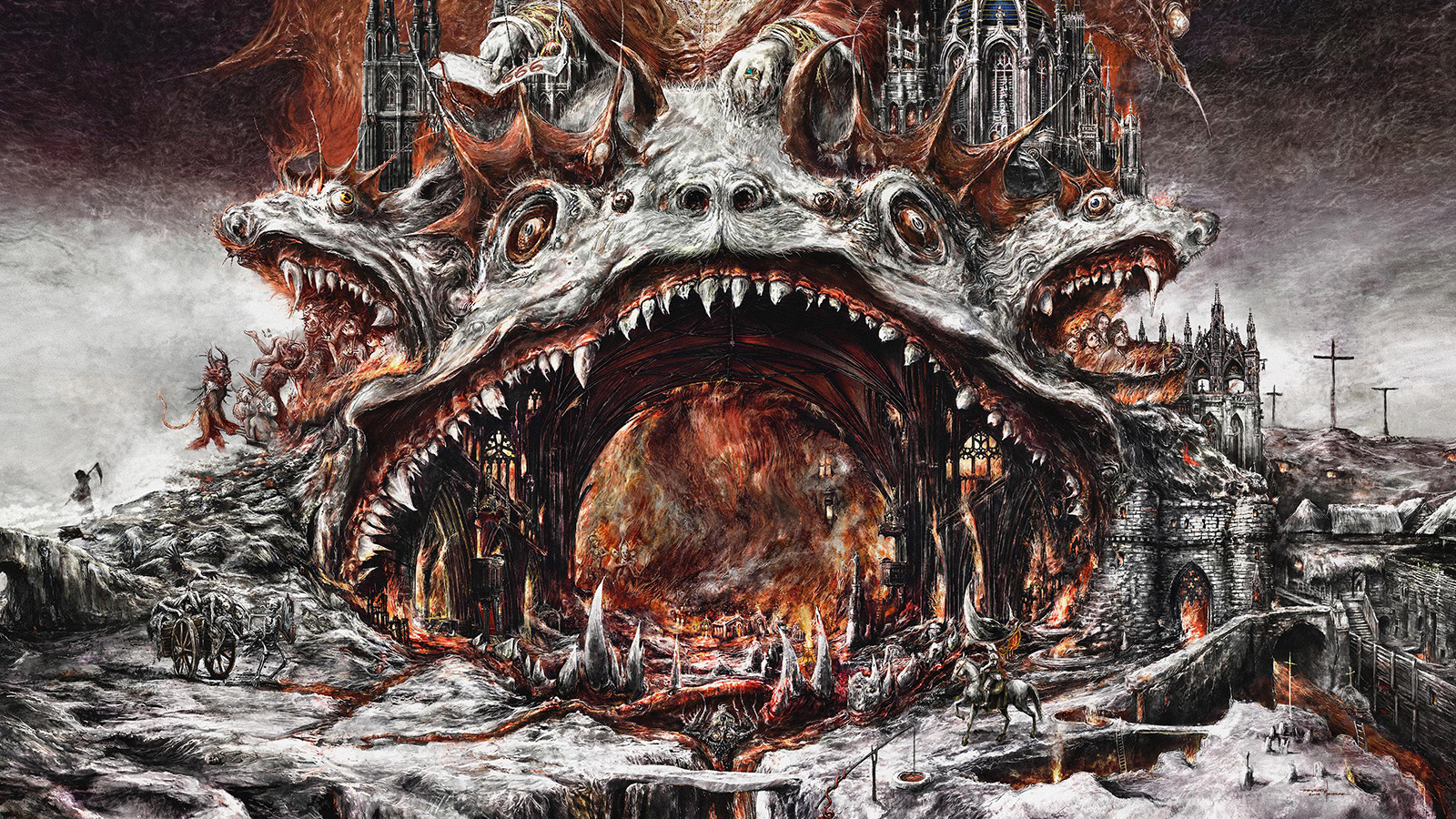 It is difficult to believe that we only four albums into their career. It feels strange as so much has been written on this Swedish heavy metal band that their tenure in the world of heavy metal seems like it should be longer. With so many fans, detractors, press coverage, marketing schemes, and new converts, Ghost should be at least 20 years old. It certainly feels that long. Ghost is a special band for me as 2010’s Opus Eponymous was a fantastic dive into the world of occult hard rock and heavy metal which constructed an alternative history where Blue Oyster Cult was allowed to be entirely satanic. Seeing Ghost open for Iron Maiden has only resolved my belief that this is a band who knows their audience and can deliver music as entertainment. It is smart with a focused presentation complete with style and atmosphere. The only thing which gets in the way is the bullshit that comes with discussing Ghost. Some of this is from the community while others is from the band itself. While I want to use Ghost as a vessel for escapism, the world of heavy metal and its blogosphere seems intent shooting it out of the sky.

As mentioned, Prequelle is Ghost’s fourth album and by all accounts their fastest selling. This should be expected as this Swedish band has carved out a niche among people who love fanatic themes without all of the baggage of harsh vocals. If Opus Eponymous began the band’s precarious dance on the edges of hard rock and heavy metal, Prequelle continues throw concealing smoke on that line being somewhere, in terms of heaviness, between Black Sabbath and Boston. In the end, it does not really matter where Ghost falls on the spectrum of hard rock and metal as evaluating Prequelle would be done without consideration of their genre. Whether it is heavy metal or hard rock matters little compared to the quality of the music. With all of that said and for as much as I defend this band, Prequelle is fantastic just like their other albums. While this sounds like a glowing review, the fact is Ghost never really makes a new album rather inches glacially across styles.

Prequelle is split between two ideas. On the one side you have the classic macabre rock which the band has become known for. Songs like “See the Light,” “Rats,” and “Dance Macabre,” work with varying success. On the other side, and perhaps more interesting, is a progressive slant with songs like “Pro Memoria” and the instrumentals “Miasma” and “Helvetesfönster.” This shows a band that is inching closer to a weird marriage between 70’s progressive rock with the theme of death and evil as if one could imagine Genesis’ Selling England By The Pound celebrating the Black Plague. In the long timeline of Ghost records, Prequelle is not going to mark a radical departure in sound as the band is too business oriented to take large risks. For what the band lacks in metal credibility and a clean record in terms of controversy, they make up for it with a franchise approach to making records.

Ghost, as we have all found out, is the work of one person with a cast of supporting musicians. This means the project can continue as long as Forge wills it. Following the latest lawsuits I can foresee an end of Ghost not in the sense they are legally or artistically bankrupt but rather their mystique has been clipped by real world shears. It is impossible to maintain a sense of anonymity given the size of the project and the latest legal troubles for the band might sour the escapism with real world issues like musicians rightfully being compensated for their work. Perhaps I am wrong and Ghost will continue as a means for escape into styles that were never meant for their respected time periods.