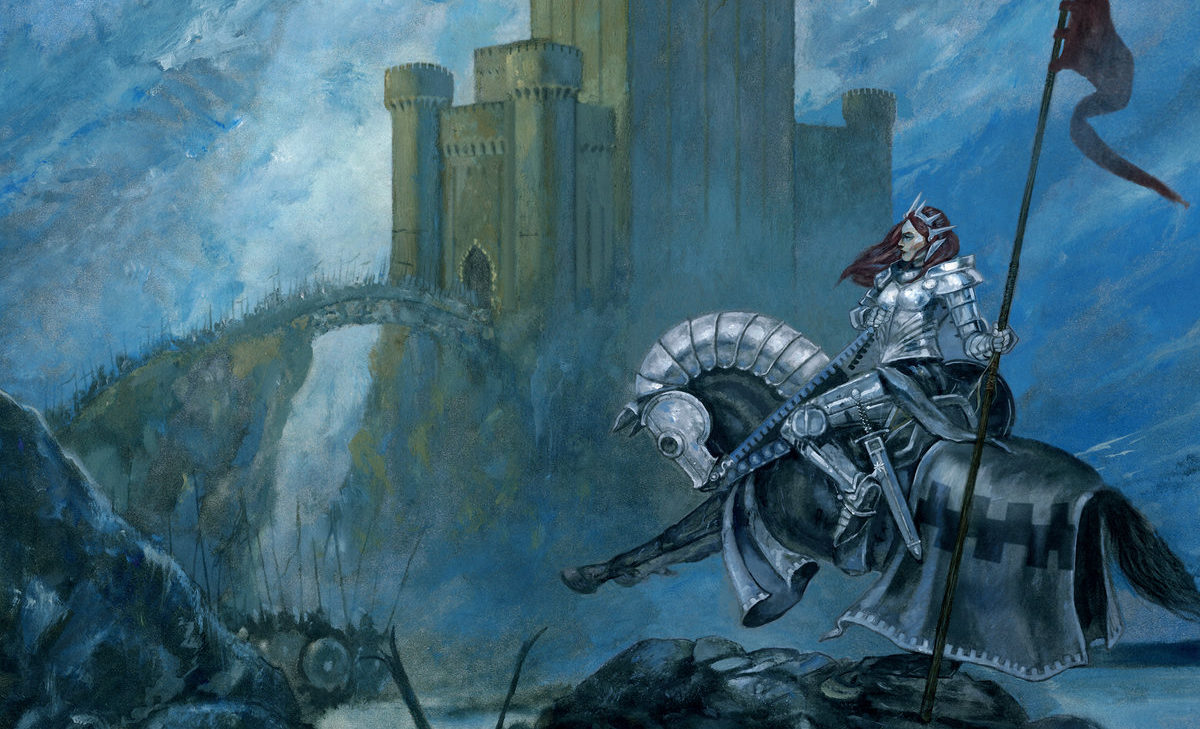 I do not think I have seen an album take over my social media feed as much as the new Visigoth. This is hilarious as Visigoth is not the type of band that many people know about unless you are into this type of music. Though the last.fm statistics for Visigoth put them at 9K listeners, metrics go out of the window when dealing with niche sounds with rabid fanbases. What are numbers for bands like Eternal Champion, Manilla Road, Atlantean Kodex, and Night Demon? The internet is a weird thing as it can rally fan bases based on the combination of sound and image and instantly create a war party ready for plundering.

2016 was the high water mark for the term “New Wave of Traditional Heavy Metal” as it was a buzz term to describe a new group of heavy metal bands that traded in a softer image for more gruff aesthetics inspired by early US power metal. I was really excited about all these new bands and even started to write a monthly column based on it. I believe we are past any sort of “wave” and what is left is bands that have the sound and fanbase to make decent records. This is probably why I saw so much excitement surrounding this record as my social media feed is filled not with people professing waves but rather heavy metal dorks who love this type of sound.

Visigoth is from the US and has been marginally famous around traditional metal circles since their early 10’s demos/EPs. 2015’s The Revenant King was a high point for the band and also came as that wave of NWOTHM was ready to crest. It was also a really decent record. What is left in 2017 is a group of people who love sword and sorcery literature and crave the sound of well produced heavy metal with emotionally charged power that sounds like a rune inscribed hammer. This could be both the fans and musicians as Visigoth’s newest record sounds like the band is having as much as its fans as there is a convergence of reverence and worship for old gods of heavy metal.

Conquers Oath is a well structured record and almost flawless in its running time. While the album is a bit cleaner in terms of production than its debut, the main thesis for Visigoth hasn’t changes as its entirely is going to be similar in sound. Aside from the local anthem of “Salt City,” the entire time spent with Conquerers Oath is in dungeons, castles, and on battlefields with guitar solos and gruff operatic vocals as weapons and armor. Perhaps the best praise I can give to a band is having this entire record pass by its 42 minutes without a thought as Visigoth offers a type of immersion similar to old sword and sorcery films and paperbacks. Conquerer’s Oath, sonically, does the same thing as watching Conan, or reading Moorcock, or even looking at the covers for Epic magazine.

It is important to note that even though the band is embracing an aesthetic of speculative and weird fiction, Visigoth is past any sort of costuming as Conquerers Oath is a fantastic heavy metal record even past its lyrics. Musically, it is a well structured heavy metal record that nods to the past but it not dictated by its ancestors. I can see why all of my friends were excited for this record as it both fun, exciting, and cool enough for me to run to all of my friends who are into the same thing.