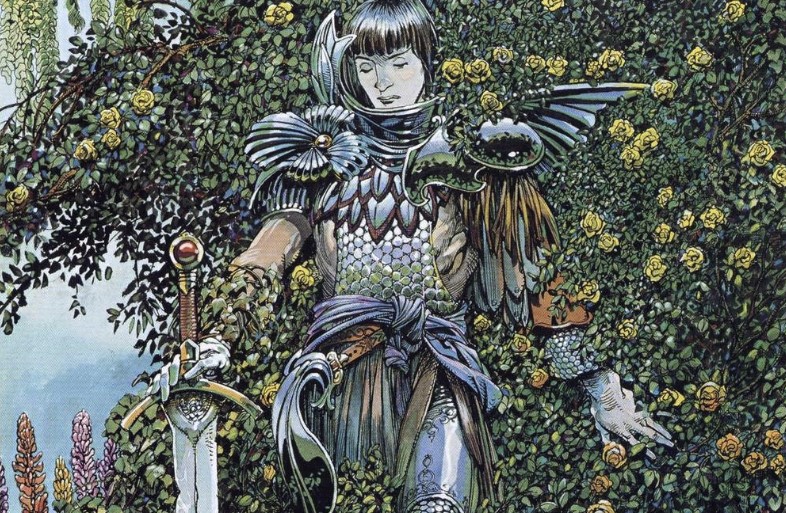 Barry Windsor Smith has been one of my favorite fantasy artists since seeing his work in Epic Illustrated. Smith is distinguishable from other fantasy artists for his near academic style and embrace of the Pre-Raphaelites of nearly a century past. Both Smith’s love of medieval fantasy and classical renderings gives his work an almost timeless quality which compliments the romantic qualities of his paintings. Oh, and he drew Conan in the 70’s kicking the shit out of everyone.

Beguiled was suppose to accompany his story of the same name in a 1983 issue of Epic Illustrated. Smith became tired of fantasy art and took 12 years to finish this drawing. Less flowers next time dude. It looks amazing but seriously. Holy hell.