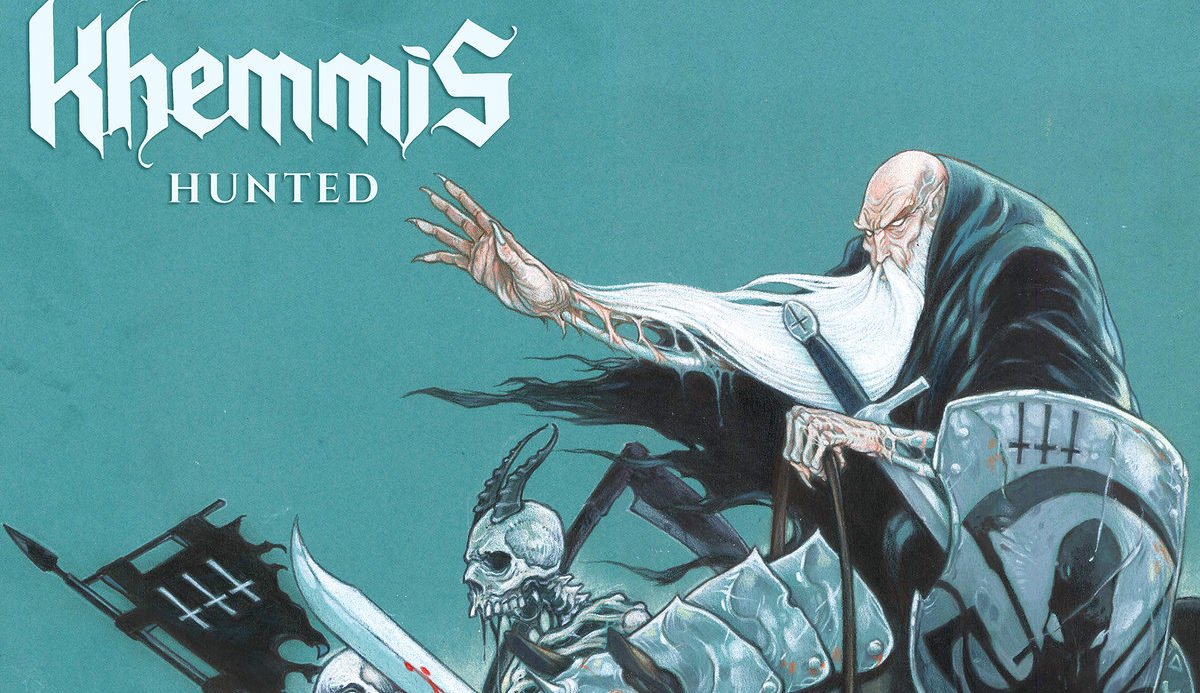 I know that certain corners of the internet are not as well traveled as others but I am here to tell you that one particular corner is hot with a fiery passion over Khemmis’s new record. This may sound strange as this Colorado based band represented by 20 Buck Spin has done little other than release an esoterically celebrated record in 2015. What in the world would get so many people excited other than fantasy driven traditional doom? Oh just that.

Hunted represents a continuation for the band as they lay heavy doom riffs under smokey vocals which float over the construction. Perhaps even more than 2015’s Absolution is a desire to the vocals a premiere attraction. With a heavy concentration in the schools of Warning, twin harmonic guitar leads with occasional punches into distorted vocals, Kehmmis represents a wonderful middle ground of heavy metal which has something for everyone. Combine this with some abstract fantasy imagery and one has a record that is being celebrated by pockets of fans.

Traditional doom is not a style which is hugely popular compared to its more stoned brother. Bands like Pallbearer have popularized a already mapped system of sorrow and grief. Khemmis brings wizards to that system and perhaps some magic spells. Doom is not something that I flock towards out of habit but more and more I am coming to realize there are glimmers of splendor in this genre. Perhaps I shall stay longer.