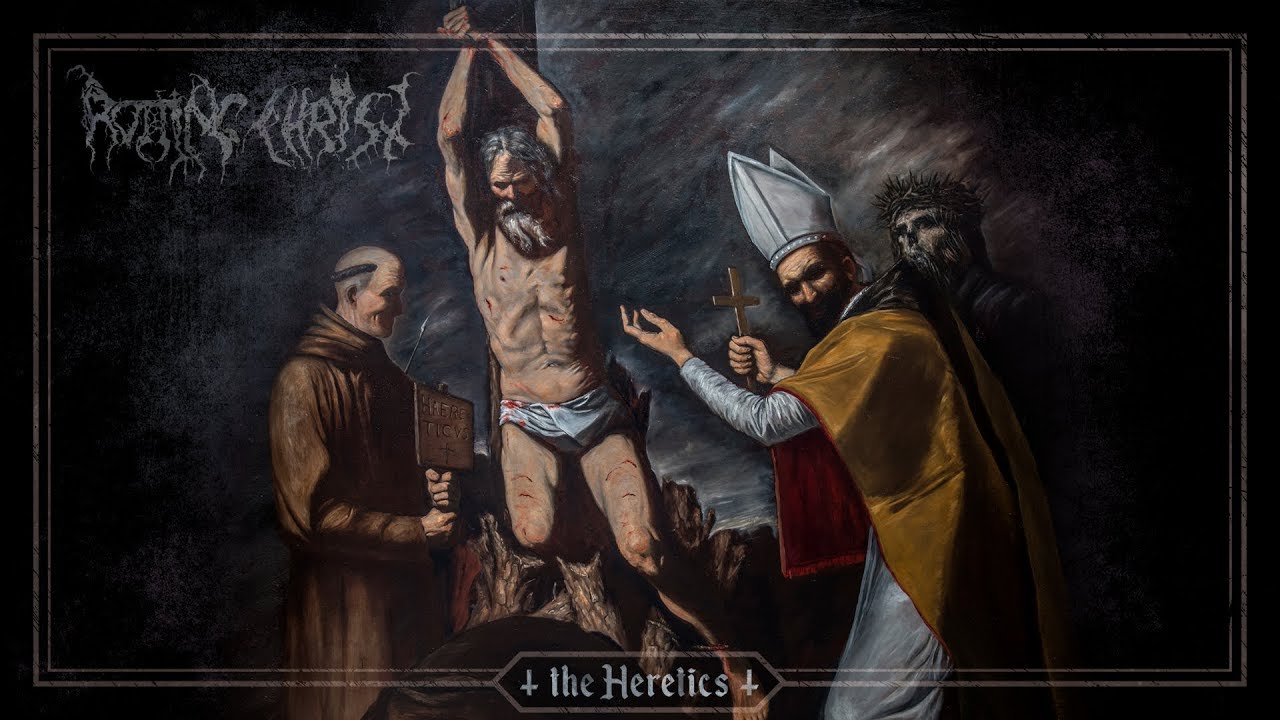 To begin this review, I think it is safe to stay in the current era of Rotting Christ. To discuss their entire history would require a longer article as well as a more in depth knowledge about the band none of which I can supply. I am certainly knowledgable about the bands current albums as well as watershed albums such as Thy Mighty Contract which is not only regarded as a classic in the black metal scene but in development of the hellenic sound which typifies certain Greek acts. If one would like to travel with Rotting Christ from black metal luminaries to gothic black flagbearers to whatever they would be know, then one has an entire discography to get comfortable with. for this review we will be focusing on the last few records from this band and relishing the continuation of the group into melodic black theater.

It is easy to forget the harsh and sometimes silly name of Rotting Christ as it used to make sense in the 90’s but it almost entirly sperate with the bands current music. there is a certain amount of spiritual angst with the band and a rejection of christianity for pagan religions and whatever brand of Satanism the band has chosen. the name Rotting christ however fits into the bands music as it was played in the 90’s but could problally be replaced by something more mystical in 2019. This usually never happens so what we are left with is extreme metal with melodic edges and cinematic atmosphere with a gross edgy name.

The Heretics is the 13th record from Rotting Christ led by two brothers, Sakis Tolis and Themis Tolis, and aided by a cast of talented musicians including the great Melechesh Ashmedi of Melechesh fame. The collective gathered for each record changes to some degree but the composition has always been a vocal choir along with the a handful of bardic performers. The centerpiece of Rotting Christ records is less about the guest list and more it is abut the product of their convergence as Heretics, along with the last few records, have become incresingly grand and spectacular. Ashmedi’s growling cadence on songs like “The Voice of the Universe” complements the growing tension backed by distant choirs which sound like they resonate from ancient temples. In fact, the whole atmosphere of Heretics, despite the lyrical subject matter, would be fitting in any historical action drama or documentary dealing with some aspect of Hellenic culture.

Rotting Christ does not fit into black metal as we know it in 2019. Sure they use elements of the style and they are most centrally apart of its culture but to listen to to Heretics, as well as other records of recent years shows a band using extreme metal as more of a base in which other ingredients are then mixed. the band has a penchant for Mediterranean elements as well as other global sounds. It would also be inappropriate to think of them as folk metal or even tied to a region as Heretics explores western culture including an odd tribute to writer Edgar Allen Poe and naturalist John Muir. There is a lot of uncertainty when listening to this band as they do not fit neatly into any history and are more comfortable in their own timeline and perhaps even universe.