BEHEMOTH – I Loved You At Your Darkest 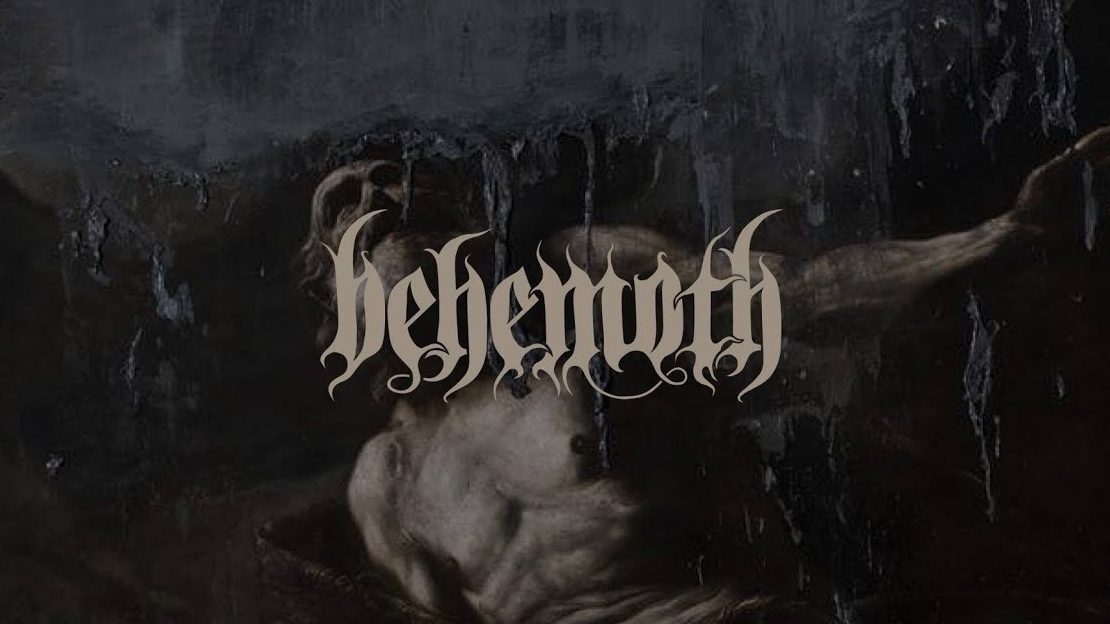 Looking back on Behemoths early albums, I am aware they were strict black metal before whatever incarnation in which they currently reside yet I can not think of any distinguishing album that marks their early years. Even the band’s demos, which sometimes hold lofi nostalgia for fans, is forgettable and unremarkable to the outside observer. The earliest record of note is Satanica in 1999 but the Behemoth everyone discusses is from 2004’s Demigod on. Behemoth is a current band and their records and sound has grown through the years becoming the band they were today. 2014’s The Satanist was a high point in not only sound but presentation for the band that managed to bridge the divide between ferocity and accessibility as it was interesting to listen to with the feeling of potency. It has been four years since the Satanist and in 2018 the band returns with hilarious pictures and what I feel is the worst of their album titles. I will talk about the album but seriously, even the title The Satanist or Satanica has its edges of silliness but I loved You At Your Darkest sounds as if it was ripped from a book of dark poetry written in high school. I say this fully knowing the music in said album is up to the caliber of previous records and offers listeners dark roller-coasters of fright and delight as Behemoth manages to be a shadowy ringleader in a circus of madness.

I feel the description of fun sounds weird when discussing the genre of black / death or blackened death. Things like choruses, guitar solos, and dynamic transitions sounds strange in the arena of extreme metal but this is what Behemoth, and other bands similar, succeed at is allowing darkness, foreboding despair, and callous lyrical content to be presented in a complex sonic range. While just melodic enough not to be apart of the black/death crowd and too under-dressed for symphonic black, Behemoth continues to carve their own path and being an outcast in many of the related styles. The opening of songs like “Bartzabel” is brought with pounding drums which reach to the depths with its tone presents a song which is commanding in its attention while their single “Good = Dog” begins with a smokey hard rock introduction but soon drops into an explosive payload. All of these attributes can be given to other bands of similar style yet I feel Behemoth has always succeed at making interesting records even when their style of music can be less cool than their raw black metal cousins. Behemoth has always managed to black / death dynamic without dressing up in elaborate costumes. Well. Okay. Not that much costuming.

Behemoth has always tried to walk on that aggressively blasphemous line garnering much attention from the non metal community often gaining notoriety through performance bans in some countries over the years. While I do not think it is that important for their music, Behemoth has crafted an aesthetic that can still inflict controversy in 2018. This is surprising as I thought we were past the era of people being offended at blasphemy. I guess this is part of why they are so popular, but still there are hundreds of bands that have worst album covers, lyrics, and videos. Okay, not many videos. How about tape covers? I feel I always say these types of things when discussing albums but Behemoth may be different than the other heavy / power / doom that is usually discussed on this site but if anyone has interest in dramatic style extreme metal, then checking in with this band and at least running through their album once is always recommended. Behemoth records come once every cosmic shift and I feel now being past 10 years of their actual career, they are still hitting a long stride where things just keep working. Do not worry, I’ll be the first person to let everyone know when they stop being cool but I feel that this album is not the case as it is pretty damn groovy.