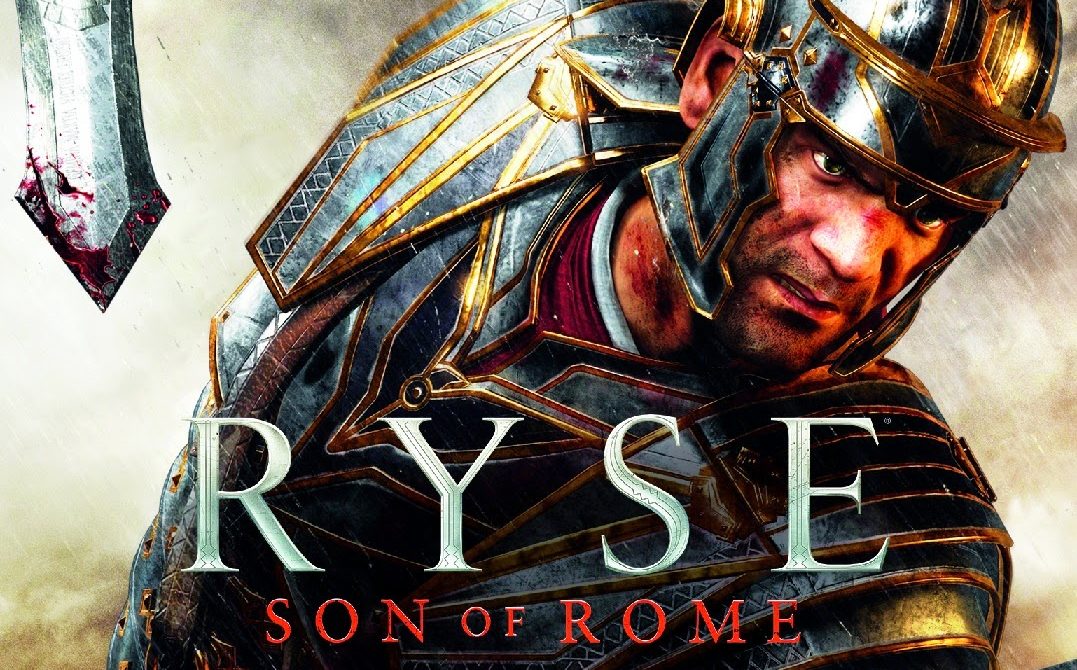 First released on the xBone (a few months ago) as an system seller that didn’t sell, Ryse: Son of Rome was developed with the apparent motive to show off just how many sweaty pores and weird, almost-human faces the xBone could render.

Bloody loads, it turns out. And now it’s PC’s turn to watch some of the slow-motion arm-severing action. Not much else though, I’m afraid.

In terms of game play this is almost as basic as it gets. It uses the same kind of system Arkham Asylum and SoM used, but with all the interesting things taken out. For starters there’s no combos and the attack chains, while present, are meaningless. While having your combo broken in Arkham is almost as painful as the blow that broke it, here it just results in the loss of some points. It’s not combat done well, and it suffers from a lack of variation. Every fight is based largely around smacking bastards with your shield then stabbing them with your sword hard enough that the game lets you go into QTE mode and chop off some limbs. Considering combat is the only thing approaching game play in the entire experience, this means it gets old fast. It’s gory as hell, and damn pretty, but that’s all it is. Throughout the (8 hour, embarrassingly short) single player campaign you spent most of your time trying to stay out of the game’s way, manoeuvring a grunty dickwhistle between cut scenes and QTEs that you can’t lose because this is a game about looking awesome, no matter fucking what. You get all the presses right? Chop off a limb, get points. Fuck up like the prized son of Dionysus? Chop off a limb, get less points.

For a same as shiny as this one is, it sure is fucking dull.

And then the cut-scenes. Holy shit the cut-scenes. Because Marius isn’t equipped for anything minus grimacing and stabbing the entirety of the story unravels in cut-scenes with the player being held at arms length, lest they fuck something up. The overall impression is that of watching a movie if your TV had some weird fault where you have to slap lazily at the remote every twenty minutes to keep things moving. If you’re going to make it through with sanity intact, you’re going to need to get interested in the story.

I don’t want to spoil anything, but I’ve summed it up for you here;

Ryse is the story of a Roman soldier called Maximus whose desire to avenge the murder of his family leads him from the barbarous frontier of the Roman empire to the corrupted heart of the city itself, fighting in the coliseum and eventually murdering the emperor.

Shit, hang on. That’s the synopsis for the movie gladiator.

Ryse is the story of a Roman soldier called Marius who’s desire to avenge the murder of his family leads him from the barbarous frontier of the roman empire to the corrupted heart of the city itself, fighting in the coliseum and eventually murdering the emperor. “Oh, so that’s what it feels like to be stabbed repeatedly! Man, I’m an asshole”

Yeah. Shadow of Mordor came out a month ago and does almost everything better. Considering this is a transparent cash-in from Crytek, I think they might be fucked.

You’ll notice I said almost. That’s because the multi-player mode, set in the Colosseum, might be the first ever free-flow combat multi-player I’ve ever seen. If you’ve got a friend to play it with (and only one. 2 player max) and you can convince them to pick up a copy (and still be your friend afterwards) it might be worth it for a few hours next time it’s %75 off.

Beyond that, you can watch my middle finger, Ryse.