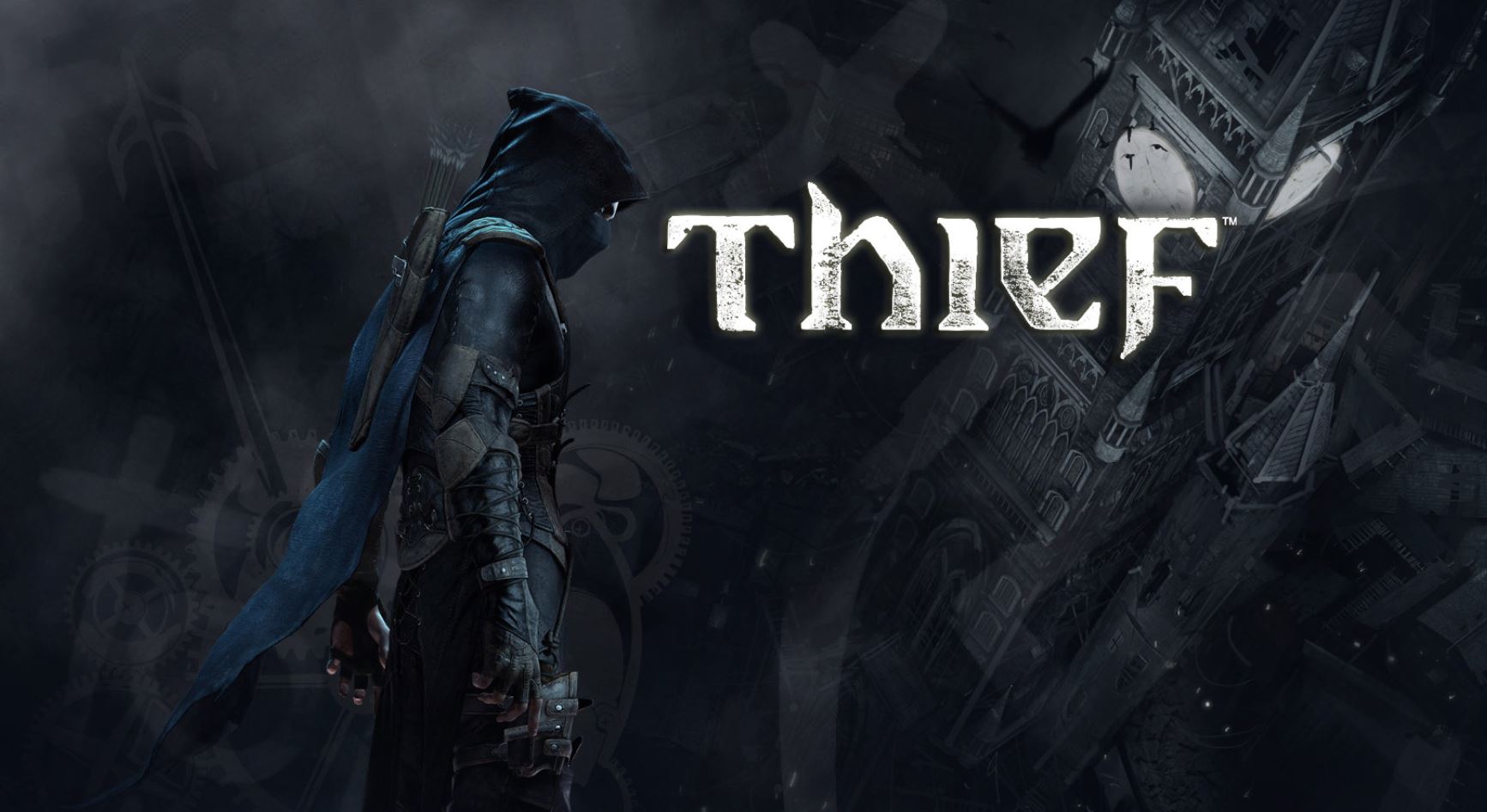 Thief is the story of Garrett, a black clad re-distributor of wealth who must have spent more on form fitting leather clothing than he could conceivably make back with all the silverware in the world (not that he’s afraid of trying. Either you get a lot of ornate silver ink pots in those skintight leather pants or his clothes aren’t actually black, they’re a portal to an external void dimension that converts looted candelabras into small change). The setting is a troubled faux-Victorian world where the industrial revolution is struggling against magic to be the dominant force. Amid this dramatic struggle is Garrett. He’s a villainous rapscallion who’s doomed to be dragged deep into a web of intrigue and struggle that he’s too witty and misanthropic to give a single solitary shit about.

At least, he used to be. That’s the problem with reboots, of course. They always seem to fuck up totally good character development.

If you’ve ever played the original, I’m afraid that Garrett doesn’t make the transition unmolested. Where he used to be witty and a little irritable, taking the world apart with sarcasm and pocketing the shinier bits with glee, now he’s just a pouty drama queen. Where once was the joker, now is Batman, I’m afraid. Not that there’s anything wrong with playing a video game about Batman, of course. If the Arkham series has proved anything, it’s that a game about playing Batman can be fun as a whole bucket of joker-gas-infused monkeys. It’s just that there’s already a series of games about playing Batman. They’re called “Batman” and they do Batman better than any of these non-Batman games ever will. Because they are fucking Batman.

This has upset me perhaps more than it should. You’ll spend a huge amount of time squinting at your own hands, just like a real thief!

It’s fucking boring though. Old Garrett had more personality and wit in his quiver than this bastard has ever seen, and I enjoyed the paradox of a silent mouthy protagonist. Now he’s just a grim and antsy prick whose misery isn’t fun or inventive, it’s just sad.

Perhaps because being a humourless turd is what “maturity” looks like to those humourless industry turds who seem to be taking a bigger and bolder hand in game design these days.

Not to say it doesn’t have it’s moments, of course. The writing’s pretty interesting at times and some of the locks are more puzzle than tedious Skyrim-style mouse sensitivity test. There’s also some pretty decent level design in places, with multiple routes and methods for getting around. It’s not as open world as it pretends, and there’s a humongous mass of doors forever closed to our supposed “master thief”, but it’s still more interesting than most AAA corridor sims.

All this is a funny way of saying “sometimes it reminds me of the original”. It’s not as complex, obviously. There’s not the same degree of openness, nor the complexity of the guard’s AI (which is fucking insane. In sixteen years guards have forgotten how to irregularly patrol in favour of walking back and forth in a straight line). When comparing the two, I feel like I have to justify the technical limitations of the newer game.

It’s like if a big famous band made you wait over a decade for a new album, only to shit out something that wouldn’t have ever seen the light of day were it not for the big name association. A bald, ageing dick with a limp is the Garrett’s main antagonist, which is kind of like if a short-sighted librarian were the main antagonist of Guitar hero.

Video games, of course, don’t age quite as well as albums. It’s not something that other mediums have to worry about but games, since they rely on technology to generate the visuals, age drastically and noticeably. So, perhaps if you just can’t bring yourself to play a game that looked pretty standard 16 years ago, then that might justify the purchase price of this version (assuming you’ve never heard of this mod mod, of course)

My favourite moment came quite early in the game. I’d been wandering about a corpse factory, idly listening to some guardsmen chat about looting cock-rings (I fucking swear I’m not making that shit up. I fucking couldn’t make that shit up. I am fucking disappointed in myself, for lacking the creative talent to make that shit up) when I, in a bit of seat-of-your-teeth thievery, jumped into an office and solved a stupidly complex lock. Finding a ring inside (which I found myself fervently hoping had never been on a cock) suddenly every alarm in the world went off and a angry looking door shut over the exit.

“There’s gotta be some kinda way out of here,” I muttered to myself. A joke so funny I wasted a whole tenth of a two week special just to let you know.

Because if the game’s going to be a total fucking void of wit, Even my ham fisted referencing will do.

Thief then, if a fucking disappointment. It’s a obvious mash-up of the superior Dishonoured and the classic Thief, without the character or interest of either. I’d recommend it only for the fans, were it not the the fact that the fans themselves have already done better, and for nothing.

I guess I can recommend it for the kids then. Enjoy, you little bastards. If only because you don’t know any better.