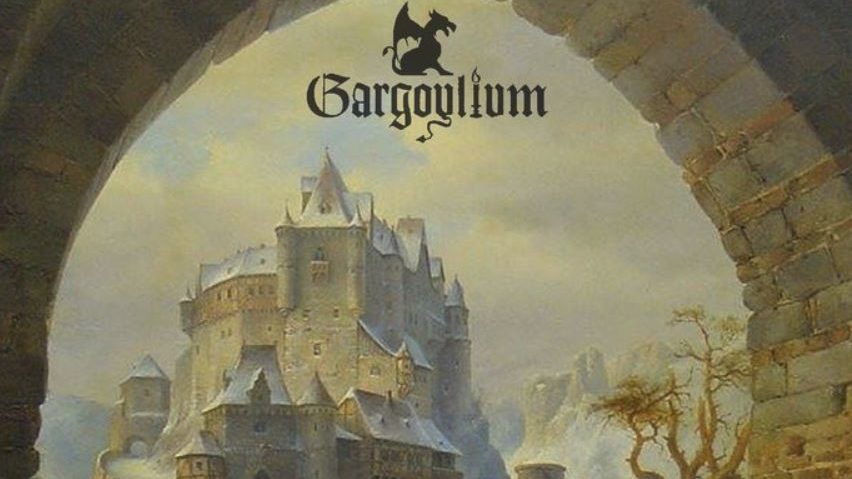 The title for this review comes from the last of the Gargoylium releases but in reality is about everything released in 2018. Dungeon synth comes as a trickle or flood and the release cycle for artists can be at the whim of its creator. In the absence of any record label schedule or tradition when it comes to album releases, dungeon synth has been known for its prolific to the point of saturated release schedule. This only becomes a problem when the quality is low as when an artist makes three decent and atmospheric releases for 2018, it is not that bad. Enter Gargoylium, a French artist whose work was pretty much unheard of until this year and now at the end of 2018 stands as one of better artists of the year.

I found Gargoylium in the best selling tab of Bandcamp, which does not speak to overall popularity rather the arcane calculations of user support. 50 supporters for an album may seem paltry in comparison to other Bandcamp albums but it is a substantial for a new artist. Add to this the atmospheric elements which hearken to dungeons synth’s history as dark dungeon music in the 90’s and one has a record, or series of records, that are worth note. Additionally with each of these records being under a dollar and an entire digital collection for under 2, the pitch for Gargoylium has never been stronger.

Some of the easy compliments paid to Gargoylium have been the use of “old school” dungeon synth or a style which was popular during the genre’s formation in the 90’s. Artists like Mortiis now live as luminaries in the sound with newer acts like Old Tower as devotees. Gorgoylium not only fits within this paradigm but also makes use of the sound to make three 2018 records which are well deserving of any attention. For someone like me who has been away from dungeon synth for a few months, finding these three records have been nothing short of delightful. Without pretense or expectation, this artist delivers more than enough material for a few years of experience. Dungeon synth has always been a solitary genre and these sounds are perfect for the unfettered exploration of imagination.