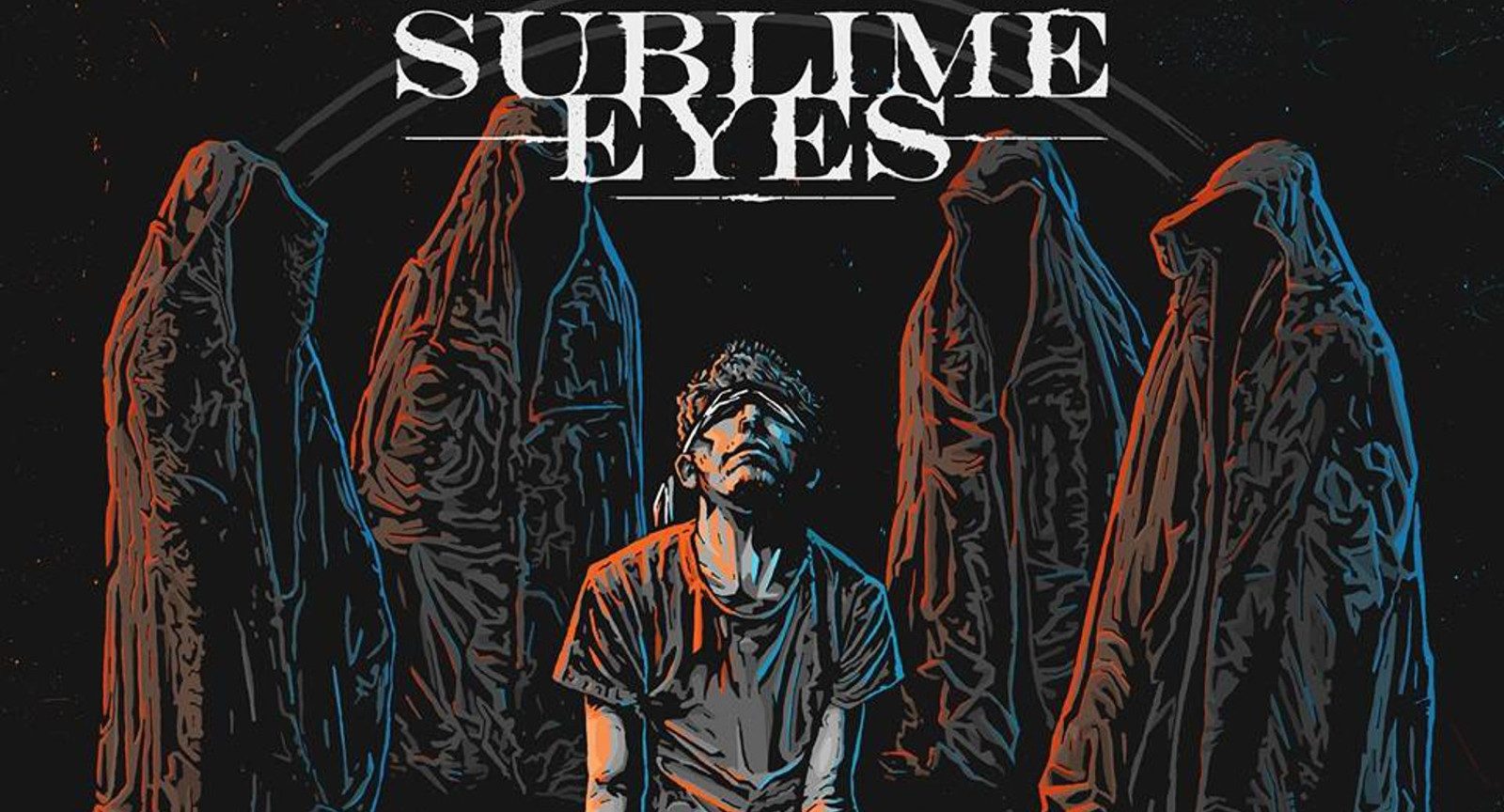 Sermons and Blindfolds is the second major release of Norweigian Metalers Sublime eyes, the largely (and unfairly) unheard of band hailing from Stavanger, a town I can only imagine was founded among the frozen bones of an ancient wyrm. Norway’s full of them, I imagine.

More important is the question of whether Sermons and Blindfolds does them justice; Dawn of the Defiant was an underappreciated gem of Melodic/Thrash Death Metal and, though I’ve somewhat lost track of them in the five years since, seeing Sermons released drew me back in. If you’re an old fan you’ll find them much as you remember.

They still call themselves Melodic Death, and while there’s an unmissable vein of Melodic Death that makes itself known in the form of impactive if simple solos, their focus on the basic seismic groan of heavy electric guitar work gives the tracks their Death Metal base. Lyrically, each song is incredibly simple, but the thunderous pacing makes this basically irrelevant. This is a band that uses words like nails, vicious hammer blow guitar beats driving them home. And, like nails, I suspect the whole thing would fall apart under too many. As it is, there’s enough to pull you in without overstretching themselves, and they never come close to the ropey, overwrought lyrics that plagues weak song writing. It’s not a strength and they’ve enough awareness not to lean on it, which is a big fucking thumbs up as far as I’m concerned. “No Regrets” is the pinnacle of this, a fast and furious riff and heavy drum beat that doesn’t find itself weakened by the slightly unimaginative lyrics that subsume it. “What you have is what you get” is the refrain, and they’re clearly aware of what they bring to the table and what they’re lacking. You could call it simplistic, but I’d rather call it solid.

What they do do well is thrumming, enduring rhythm, and it’s a strength they’re well aware of, that paced beating that practically demands nodding heads and closed eyes. Each song on the album has this in common, and while you might accuse them of a lack of variation it’s hardly a mortal sin. They may have a limited bag of tricks, but each one is used masterfully. There’s no bad music here, just a collection of slightly too similar good stuff. Some even begin with a momentary echoing slowness, the kind of distorted audio that will be familiar to fans of slower Prog. There’s not enough to kill the energetic pacing, but enough to highlight it.