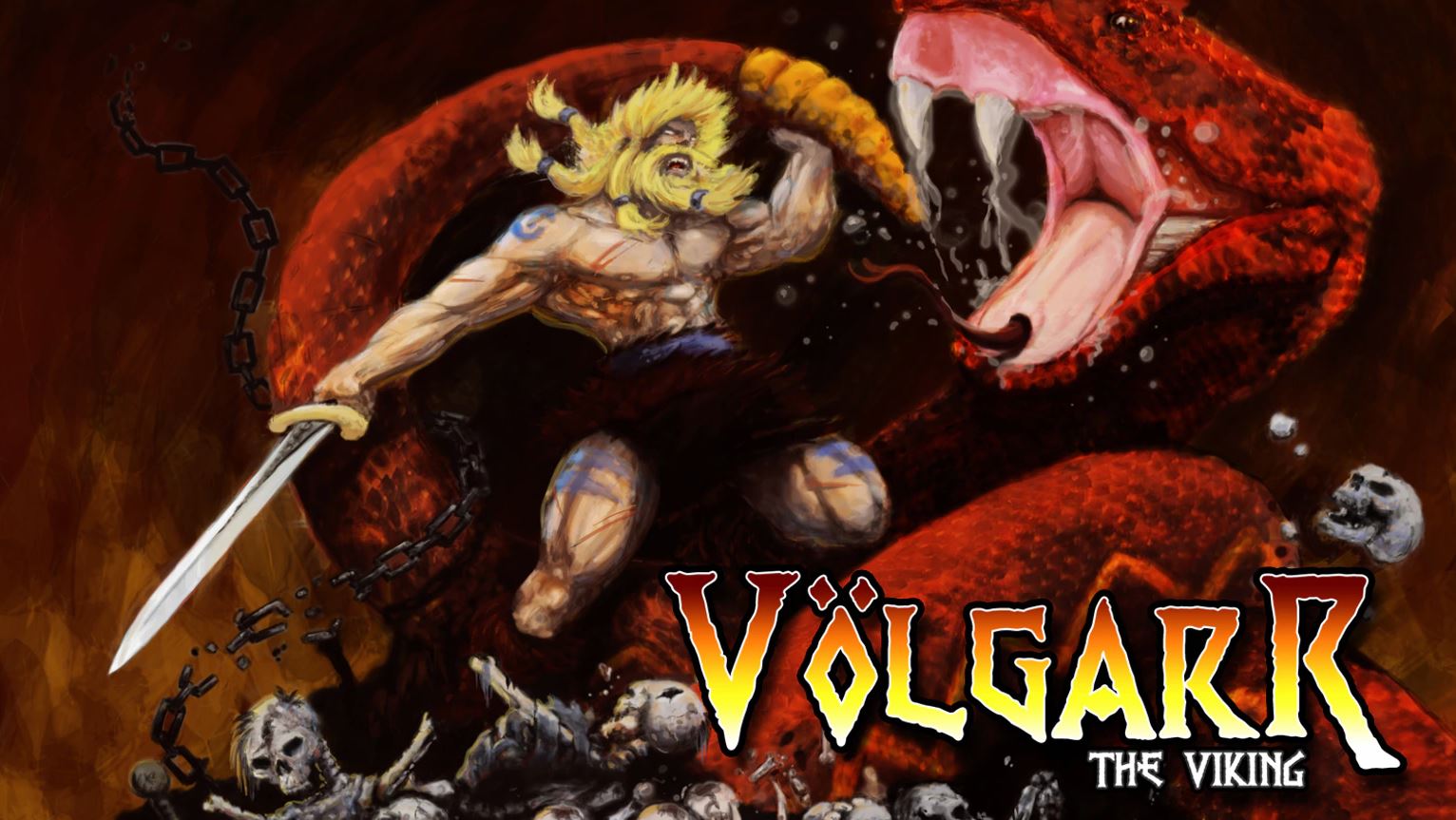 When I think about it, Viking’s are pretty underrepresented in video games. Indeed, aside for the occasional fitful monstrosity (I’m looking at you, “Too Human”) games have been pretty much devoid of viking warriors since the 80s. So, is Volgarr the viking here to revolutionise the viking image, bringing us all into Odin’s hall to feast and awkwardly ogle Freya (or Thor, depending) for all eternity?

Put simply, Volgarr the viking isn’t here to revolutionise anything. After about ten minutes of playing it, I felt as though I were back in the NES era. At first impression it feels like you’re playing a sort of mashup between the classics ghost-and goblins and castlevania. Oh gods, you might think, does that mean it has the whole fixed angle jumping and the kit based health of those 2D classics? Yep.

On top of this it’s levels are, geographically, pretty small and there’s only two stages until the first boss. It’s also full of traps, infinitely res-pawning enemies and only sparsely populated with checkpoints. Layered atop this like some weird kind of digital pyre, if you quit before reaching the first boss it doesn’t save your checkpoints, leaving you to start all over again. To give you some kind of context for how difficult this is, I’d been playing the game for four hours before I managed it and was allowed to play a different level. Admittedly it’s been a long time since I played a platformer, but you might expect a little more leniency from a game these days. He also worked as a body double for Surtur on an Amon Amarth Album.

It starts with the titular Volgarr the Viking getting resurrected while a humongously muscular Odin looks on, pointing right and booming “Rise, Warrior!”. And that’s the game. Get resurrected, walk right. You’re vulnerable to everything, but you’re also 500 pounds of pure, unadulterated murder. It’s a balance, of sorts, and the game never feels unfair. Every time you get hit, every time you explode into a fountain of meat and bone, it’s your own fault. Your enemies attacks are effective but well telegraphed, you just have to learn them. In this way, it’s very much like Rogue Legacy, although it trades the permanent upgrades for levels and enemy layouts that you can learn. And they start hard and get harder. That’s how it works. But at the same time, so do you. It’s a game of skill, and that’s why I played it for the first four hours. Because I was getting better, pushing a little further, getting more used to the how the characters skills worked. It’s an incredibly addictive, and incredibly satisfying thing to experience. It doesn’t require your character to get better. It expect’s you to.

Of course, difficulty alone is not a game. Pulling out one of my own testicles with a corkscrew would be pretty difficult, but I’m not about to fucking do it. Partially, of course, because I’m one of those people who compulsively finishes things. While in Volgarr that’s a good thing, driving up against my obvious inadequacy to better myself. But in the world of ball corkscrewing, my completionist tendencies would just force me to realize what a hideous woman I’d be. Judging by the explosions, I’d guess this fucker was Mechagodzilla all along

Ball mutilation aside, Volgarr’s difficulty is allayed by the silky smoothness of the controls and the speed in which you get back into the fight. There’s a intuitiveness of the two button control system. It all holds together and proves that just because because something’s nigh on fucking impossible, doesn’t mean it isn’t fair. When you get good at it, you’ll slaughter your enemies like a sweaty whirlwind and the best thing is, you’ll have earned it. Just don’t blink, even for a moment.

It’s a celebration of the old school, striding fearlessly into the arena of modern gaming and yelling about how we’ve all gotten soft. It’s a vicious reminder of how cheap regenerating health and permanent upgrades have made our victories, and how much sweeter they used to be when they weren’t a foregone conclusion. It’s like being punched in the stomach by Volgarr himself, and then when you staggered about and vomited he patted you companionably on the back and said “soon you will grow strong”. His breath would stink of mead and truth.

It hurts you because it loves you. And finishing it is going to feel like a precious treasure that’s withheld from most people.

And I don’t know if I’ll ever get there.

Volgarr the viking is a quick, bloody plunge into the chest of a god-lizard. Of course I’m going to try and eat it’s heart. I mean, what the hell else can I do?

(as an added bonus, It’s trailer is more metal than an actual fucking sword)