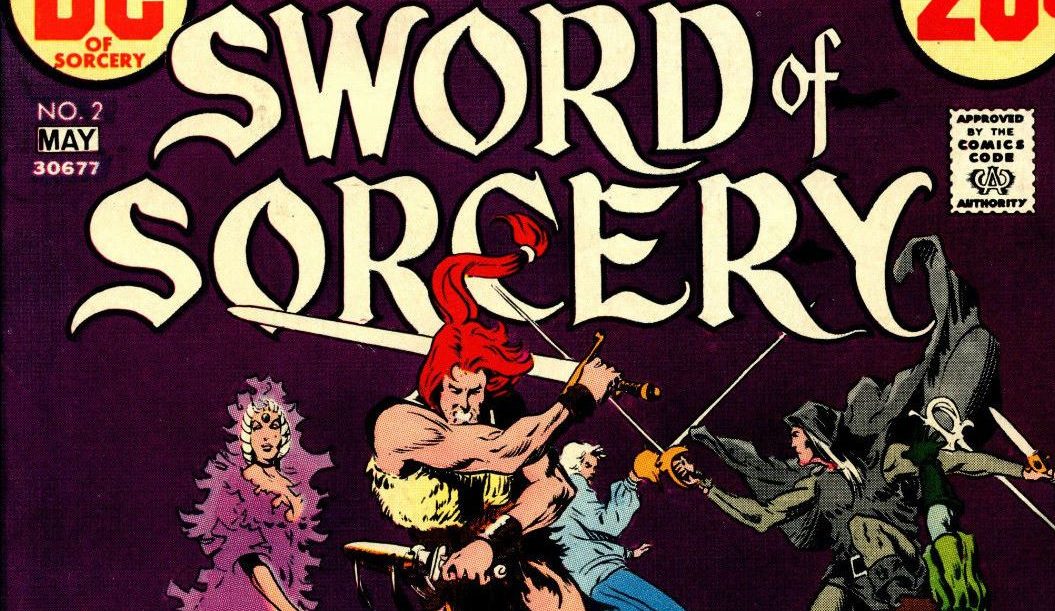 Fafhrd and the Gray Mouser is the name of two characters created by Fritz Leiber as well as a sword and sorcery empire which spans decades. This may sound strange as it is not as popular as Conan or Tarzan and rests as the second tier of fantasy material one draws from right around the same time as discovering Kull, Allan Quatermain, or Solomon Kane. the publication history for Fafhrd and the Gray Mouser is also weird as the initial stories were released in the early 1940’s but had a slow appreciation throughout the 50’s 60′ and into the 1970’s. Today, Fafhrd and the Gray Mouser, Leiber, and the fictional world of Lankhmar is enshrined as a somewhat hidden gem of destination within tabletop games, short story collections, and finally comics.

Fafhrd and the Gray Mouser make up one of the better duos within speculative fiction as a combination of might and mind. Fafhrd is a dashing barbarian with romantic social skills while Mouser is his shorter and more cynical counterpart who also dabbles in magic. Both of them are chaotic good characters cast in a world of swashbuckling, thievery, and wholesome grey adventure. They could be considered antiheroes without the complications of gritty realism. The port city of Lankhmar is a rich urban setting with facets for roguish adventure endless resources for story due to the influx of ships and travelers from distant lands. It was only natural that this setting as well as the navigators of the murky waters would make their mark.

Sword of Sorcery was a 1973 comic anthology published by Dc comics which contained some of Leiber’s most famous and adaptable stories. the stories adapted were “The Price of Pain Ease (1970),” “Thieves’ House (1943),” “The Cloud of Hate (1963),” and “Sunken Land (1942)” for issues 1,2,4 and 5. Writer Dennis O’Neil oversaw the adaptations of Leiber’s stories and penned an original adventure “Betrayal” for issue #3 O’Neil was aided by cover artists Michael Kaluta, artist Howard Chaykin, as well as a group of inkers known, hilariously, as The Crusty Bunkers. All of this extraneous information is groundwork for a decent comic adaptation that still rests on the opposite side of obscure.

Reading older comics takes patience and a mindset that there is more text than contemporary comics. Sword of Sorcery isn’t too wordy but its text blocks are more than what most are used too. With that said, the stories for this are visual waterslides for some fantastic narratives which include fighting, fighting, and fighting with magic. Much like other older comics, there is a ton of exposition and never a dull moment for the reader to get lost with the narrative. Sword of Sorcery is a treat for anyone into Lieber’s creations as well as people new into reading Fafhrd and the Grey Mouser.

O’Neil and team interject some great visual humor and grandiose entertainment within a world laden with dark sorcery and renegade do gooders. The first issue, which is an adaptation of he Price of Pain Ease has two competing wizards (ghosts of slain women) vying for the attention of both Fafhrd and Mouser. They task each individual to retrieve the Mask of Death from the Shadowland from Duke Danius who seeks to challenge death itself. The end result of this adventure sees the duke failing, and the two retrieving the mask but unable to satisfy both Ghost Wizards so in the end they choose friendship and dammed consequences.

Sword of Sorcery ran for 5 issues and was discontinued. The title was resurrected in 2013 as apart of DC’s New 52 but Leiber’s characters were switched with Amethyst, Princess of Gemworld. No one seemed to mind as both titles were in the third bin down in terms of comic heroes. Such is the fate of Fafhrd and his mousy companion to be the gem of speculative fiction nerds, tabletop RPG geeks, and cult comics that deal with magic. If you read this far into the review then I know which side of cool you are really on. 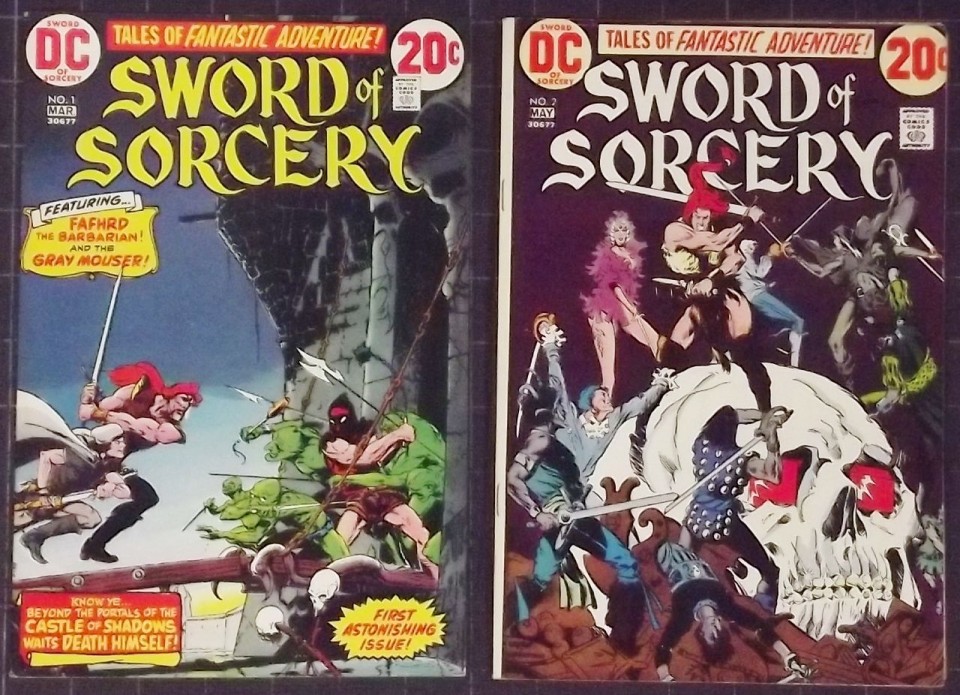