ASTRAL DOORS – Notes from the Shadows 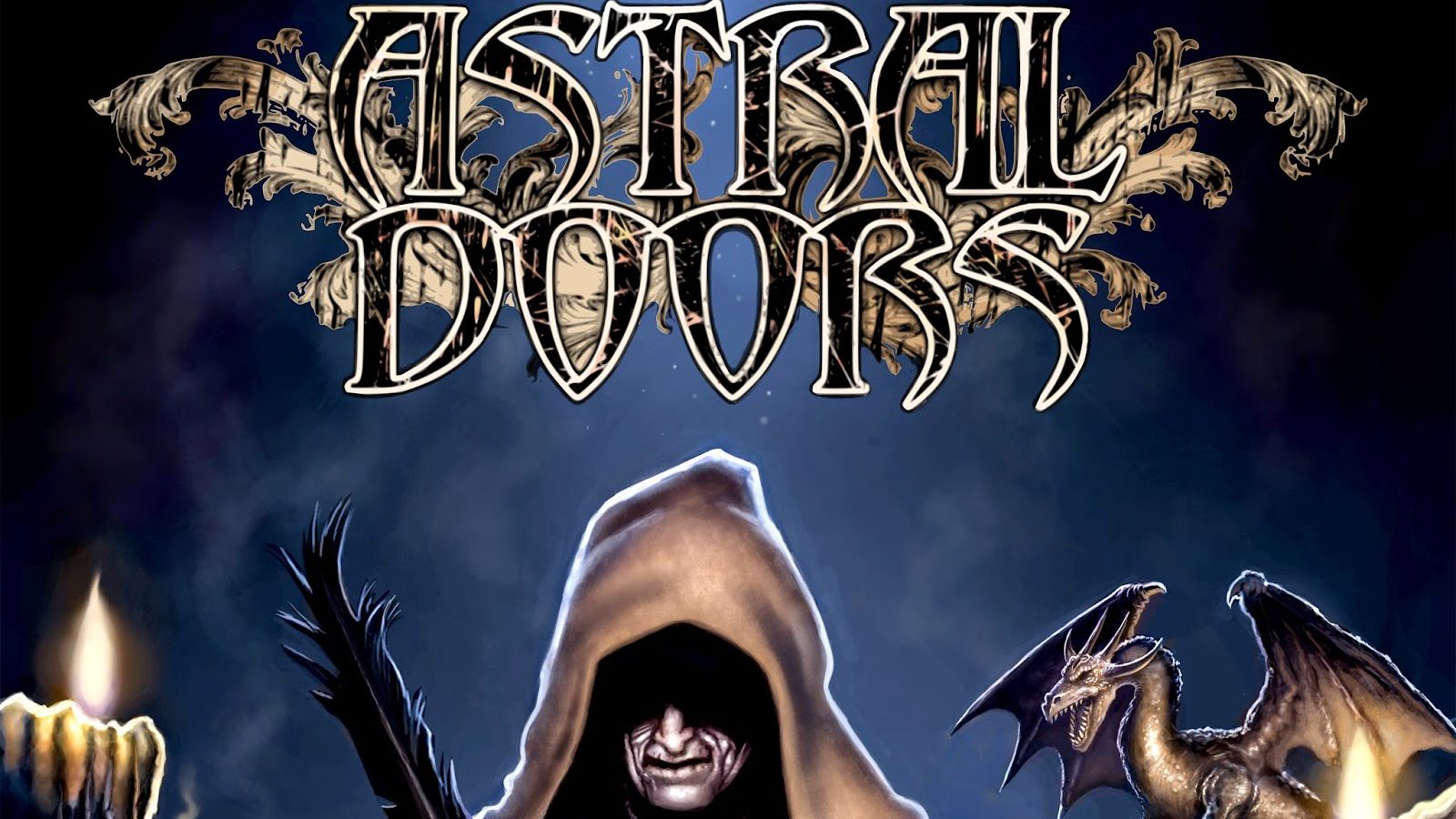 Astral Doors, as the name indicates, are a band that focuses on old-school cosmic mysticism; the steel tones of heavy metal tempered by the lighter tones of folk. For twelve years now, they’ve looked back, showing through unashamed and single-minded energy that old school metal isn’t dead. The first thing a new listener will notice though is just how much the lead singer sounds like Dio.

Because he sounds very much like Dio. The vocal range, the pitch, the energy is very much in the Ronnie James spectrum, which is incredible all by itself. I mean, regretfully, almost nobody sounds like Dio anymore. It’s the first thing about this band that everyone notices and there was a danger that these guys would eventually go down in history as little more than a Dio tribute act that, for whatever reason, happens to sing entirely their own songs. Give them a moment more of your time, though, and you’ll realize there’s much more to it than that.

There’s a whole new direction being forgotten here. Instrumentally there’s a lot of the same unashamed energy in guitar work that made marked the rock and metal scene in the 80’s and 90’s. There’s an old school Sabbath/Rainbow/Iron Maiden thing going on here, and I adore it. It’s not an entire rejection of modernity, as the production work and nicely heavy introduction in “The Last Temptation of Christ” makes clear, but it’s clear these guys aren’t here to teach you a new way to rock.

Rather, they’re here to remind you how it used to be done.

It almost sounds like an instant classic and while some songs might be a bit too 90’s for contemporary tastes ( The guitar solo at 3.05 in “Disciples of the Dragonlord” sounds exactly like the solo that opened 90’s classic “Mighty Morphin’ Power Rangers” which blew my fucking mind back in the day) I loved all of it.

It’s the balls out energy of the thing that really pulls you in, as well as the richness of the mythology they conjure. “Wailing Wall”’s intro stands out as some impressive, almost Moondog-style folksy rhythm before mutating violently into a much harder metal riff. “Die Alone” takes this theme further, spending almost 2 minutes with a gentle melodic intro before getting into the morbid meat of the song. And it’s incredible, if slightly lyrically “inspired” by the Blue Oyster Cult’s “(Don’t fear) the reaper.” This is followed by “Hoodoo Ceremony”, a 1.30 long instrumental track of synth-organ music. It might sound esoteric, but this is damn good synth organ music.

In the past they’ve almost suffered by having such a distinctly recognizable vocalist, but this album is yet another showcase of all the other things they do well. And it’s not like “sounds a bit too much like Dio” is a devastating criticism anyway.