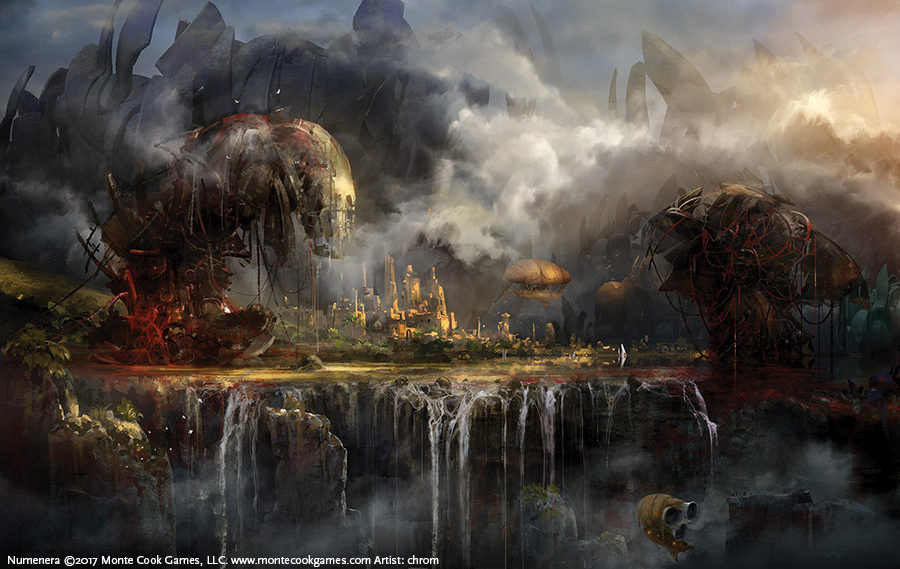 One of my current RPG groups is in recovery. After two years of weekly Pathfinder campaigns, the group collectively lost interest in most RPG games which has led to a fun delve into weekly boardgames. Because I always want to play new games and learn new games, I am making a small campaign of introducing the group to new systems / settings by use of starter sets. These 20-30$ boxes come with a condensed ruleset, pre-generated characters and enough material to run a gamer for 2-3 hours. It is from there, the group can decide if they like the settings without purchasing 100$ worth of rulebooks. Numenera was constantly mentioned by one of our players but only as a recommendation for a non D&D RPG. I have seen the game played at conventions as it enjoys the same popularity and presence as games like Blades in the Dark, Stars Without Numbers, and Mage: The Ascension meaning if you are familiar with the the games I just mentioned you probably have heard of Numenera.

Nunemra was created in 2013 by Monte Cook. Cooke, who spent most of his time as a creator for Wizards of the Coast, created a setting and system which would be played a billion years int he future where remnants of past technology would be discovered by magic weilding treasure hunters. Numenera was Kickstarted in late 2011 and was backed with a record setting 500,000 dollars from supporters. Since 2013, the game has enjoyed popularity and claim and as of 2018 is seeing a second edition (Destiny/Discovery) boxed set. The Cypher System was created for the game and is also used in Cooks other games including alternate world setting The Strange. While the world is one of the most obvious assets of the game, the mechanics of play are also intriguing if not intoxicating to a group of ex pathfinder patriots. 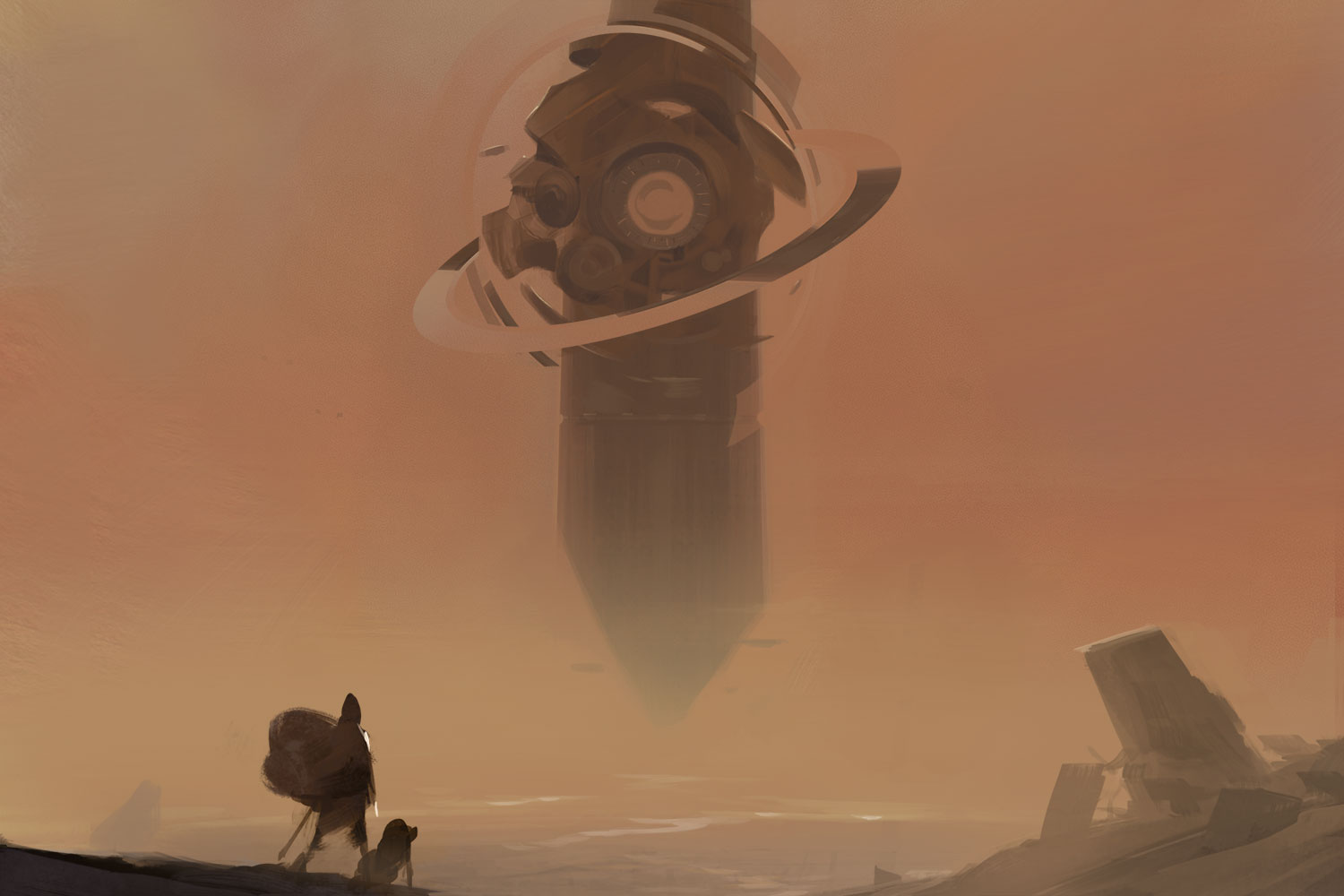 At a glance, the Cypher system seems to lean on the lite storytelling side but in reality is more akin to the FATE system meaning that it is deceptively crunchy. After loose character ideas, the system runs on pools of ability points which are spent and refreshed to resolve tasks that range in difficulty. The GM sets the target number from 1-10 and multiples it by 3. The player then rolls a d20 trying to match or beat the target number. The player can spend points in their pool to reduce this target number or utilize character skills to reduce this initial number. Everything runs on this mechanic from combat to swimming across a raging river. Weapons do flat damage based on broad types and armor comes at a taxing effect. Magic, abilities, and special powers all draw from the player’s three pools of Might, Intellect, and Speed which is also refreshed periodically. When first looking at the system, I thought about how cool it would be to be a party of all wizards just with a fast regenerating pools of magic. Well, this is it.

The allure of the game was perhaps overshowded by the average and somewhat stunted first session we played. This could be due to the fact it was a new system and the mechanics of Nunemera are more fluid when people know what they are doing. This could also be due to the fact one of the first encounters was a classic monster in the lake scenario which did not translate at all to the system of pools and abilities — at-least, not yet. Numenera’s combat system is simple with bringing the target number down to a reasonable success rate, dealing your flat damage and then potentially using your cyphers and abilities. The diminishing resources of your pools in both using effort to reduce the target number and as your “HP” can be stressful to new players as they do not like to see numbers going down. The mindset of keeping your numbers high and hoarding resources is ingrained in players which can cause problems if the lake monster is never hit. While the starter set did call for a more open ended social encounter to begin, I thought it would be easier for my group to start with a combat objective and then realized an hour later that I was wrong and this system is not D&D. 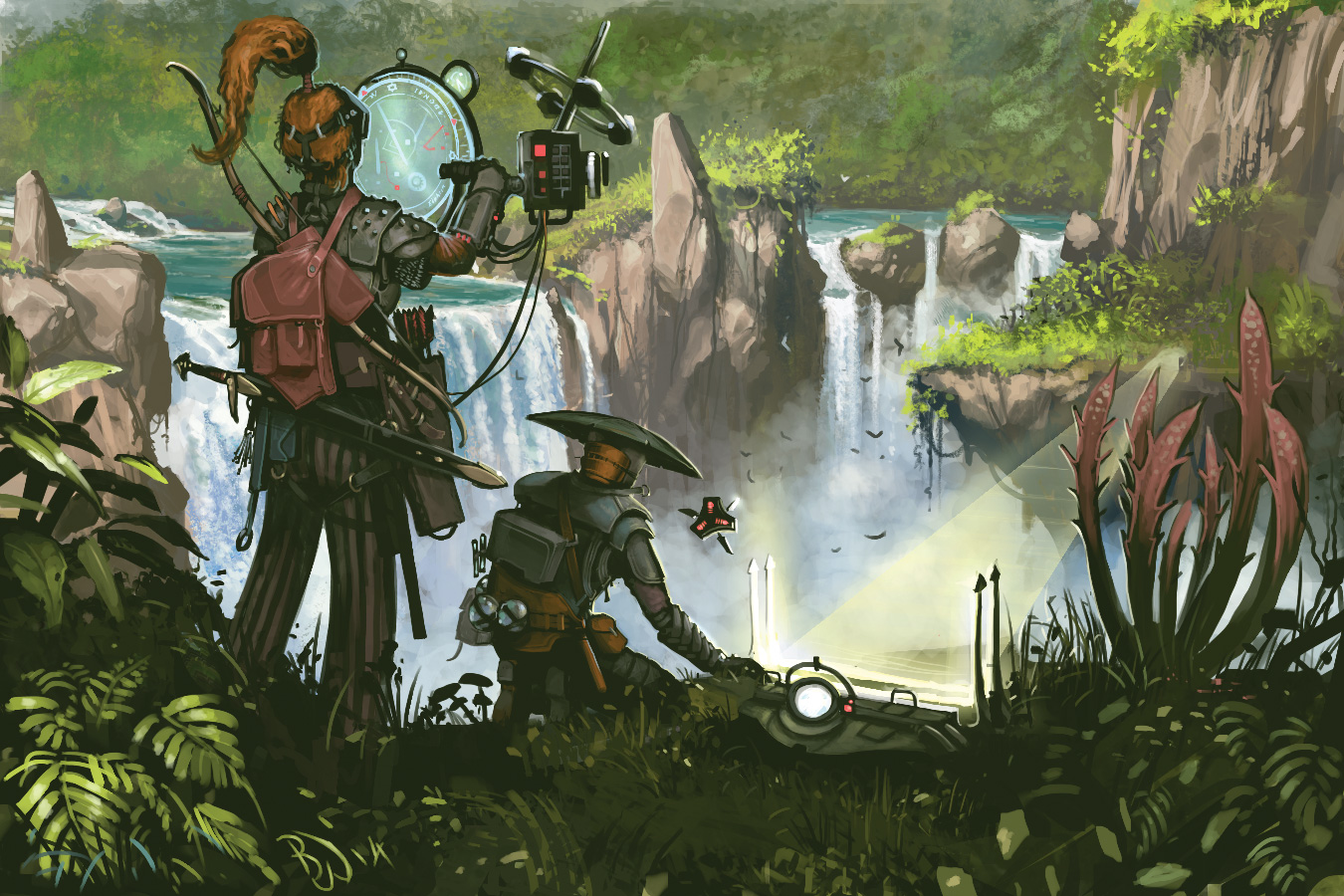 The Starter Set provided is a pretty straightforward adventure where a group of treasure hunters (?) stumble upon a group of cultists, watch them enter a metallic building and then vanish, go to a nearby town to find clues and then end up finding them and maybe fight. If you remember what I said about combat, there is not a definitive monster/player system as things are more open ended. While this sounds progressive there is also less direction for the players and more onus placed on the GM. There is certainly danger but the crux of Numenara seems to be violence as a last result. Once one can approach this game as an exploratory model and not as a GM hiding behind a wall of monsters, then I feel it can work. For our session, it did not.

Numenera seems interesting with its biggest aspects in a rules lite system in a gorgeous world. The Cypher system is based on the idea of numerous ephemeral artifacts that players find and use that not only etch out the world of hidden knowledge but allow the GM to balance the game with created magical artifacts. Numenera is certainly a system which runs on the meta as the whole mechanics of reducing target numbers allows for people to plan and scheme. Some of the other mechanics including GM INTRUSIONS (similar to Fate’s Compel system, where the GM introduces complications unless you pay to make it go away) seems odd and against the flow of fiction. Personally, I love introducing new complications or triumphs based on dice rolls but to stop the action and offer the player a choice of something new happening in exchange for this metagame currency of XP is bizarre and perhaps something I would never use. I would also be interested to see how characters grow over the course of the campaign but We will see if this system even sees another session as the first was sort of frustrating and not fun. It is okay, there were moments (mostly reading the book) that I had a blast and the system has its potentials just maybe in need of some heavy house rules to smooth its ideas into something amazing.