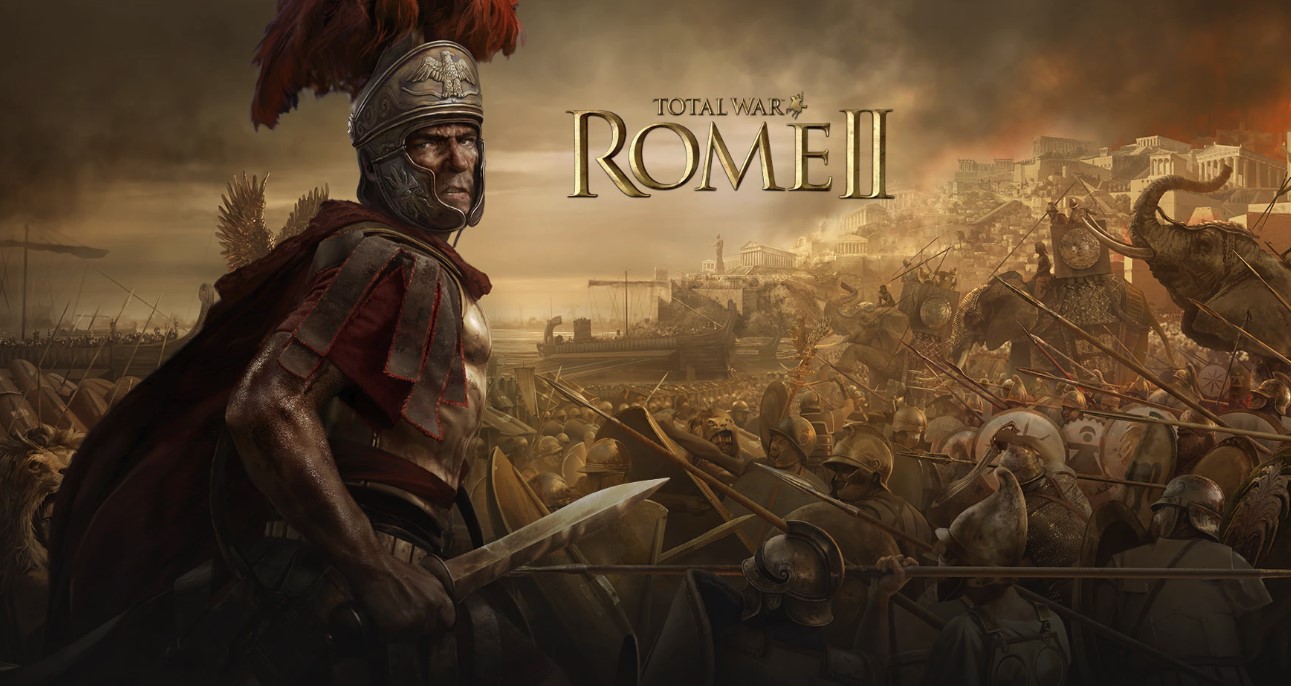 In this latest game, the creative Assembly challenges ancient Roman philosopher Tomisius Lupa’s famous assertion “You can’t go Rome again” with the aptly titled second jaunt into the time period. But will I be entertained, or will it just make me want to kick it’s esteemed creators in the Scutum?

But enough of that nonsense. Let’s Hoplite to it.

(I spent five thousand pounds on a degree in ancient Roman literature, which was a bigger joke than all this review combined)

I’m going to come clean. I’m a fan. It’s true. I can’t help it. I was a huge fan of the original Rome: Total war to the point where I played it to an almost religious degree. I even watched the BBC TV show Time Commanders and it’s American spin off Decisive battles, both of which used the Rome: Total War engine. And the British version, at least, aired on a mainstream channel. For me though, the American version couldn’t really compare, lacking as they were the bastion of robustly drunk British joviality known as Al Murry. And, in the latter series, national treasure Richard Hammond. This was in 2004, which ironically put the game about historical simulation well ahead of it’s time.

So yes, there was a time in my life where I truly couldn’t get enough of ordering about little computer generated men, knowing that the rise and fall of empires relied on my ability to know what in the hell a “testudo” was, and why it was useful. There’s something more than that, too. There’s an almost unspoken appeal to these games. In one hand, there’s the pull of the challenge. The temptation of carving a massive and glittery empire out of a bunch of petty warring factions. I don’t think that was what appealed to me though. I’d always play until I unlocked the option to play as the pagan tribes, then forge myself a humongous European super state. After Id completed this not inconsiderable goal (pagan warlords aren’t the most diplomatically minded of people) I’d take my thousands of hairy, sweaty, foul mouthed druid lovers and march them against the shiny doors of Rome, hanging around having barbecues and drinking cans of whatever the Gallic equivalent of white lightening was until I starved out those relatively uptight “civilised” folk and they surrendered to my message of peace and love. That I was delivering the message via thousands of woad painted, naked berserker’s didn’t really matter.

Of course, looking back, it probably all comes from that desire some of us have, deep down, to prove we’re just as capable as Alexander the great. Or should that be Alexander the not-so-good, which is what they’d call him after you returned from a weekend festival (The Uk’s download is my festival of choice) with 7000 angry metal-headers at your back and forcibly take over your home town. Playing this game satisfies that little voice in your head that whispers “you’re god damn right you could conquer a whole country, if only you could find ten thousand people drunk enough to die for you.”. Or maybe that’s just me. Either way, It’s a hell of a thing to try and prove. Elephant Veterans were a big problem in Carthage, because they never forget TO KILL

It’s just a shame that the game itself is so very perfectly Roman. This is not a good thing. It’s huge and awesome and massive and, put simply, fundamentally broken. There’s a great feeling of achievement here, I’ll admit, but it’s kept from you at every turn. The AI, for example, is a horde of slavering dunces, fond of suicidally mismatched charges directly into lines of spearmen and running in little circles under hails of arrows. This madness persists up to and including the hardest difficulty, which seems to rely on stripping options out of the UI and populating your ranks with shrivelling cowards rather than any kind of tactical superiority to even the score. Naval combat, something that was just getting kind of polished in their last game, is now hilariously broken. In straight boat vs boat combat it seems that your captains and helmsmen stayed up too late pretending to be Caligula, and now fall asleep the second you stop bellowing orders. More than once I saw a superior force sit idly by, ignoring my every effort while a inferior fleet nudged them gently to the bottom of the ocean. Other times, I’ve been fighting a coastal battle and seen, perhaps through the eye’s of madness, a boat sail clean into the field. It’s a unfinished mess, and it really shows.

On top of all this they’ve committed the heinous sin of day-one DLC. Now this kind of thing wouldn’t be OK on a working product, but when you’ve just payed for something that feels this much like a beta, playing another eight dollars to play as civilisations already in the game is straight up insulting. It’s also the only way to play as the fan favourite Greek states.

Which marks the only time In history where something has been both madness and Sparta.

It’s a shame, really. The base game is solidly enjoyable, but it was solidly enjoyable in Shogun 2, Medieval 2 and even the original Rome. When you’re making what amounts to same game every year, you don’t get points for having a solid core any more. In the end, I’ve got to look at the games in the Total War Series as just that, a series. And the Creative assembly have proved they’re more than capable of producing fun, interesting and unsparingly detailed games time and time again.

If you really want to play a great game based on Total War’s famous mix of Turn based strategy and Real time combat, And if the Roman setting is a must for you, the Creative Assembly have made a great game. It’s just a shame it’s sequel is so disappointing.