KATAKLYSM – Of Ghosts and Gods 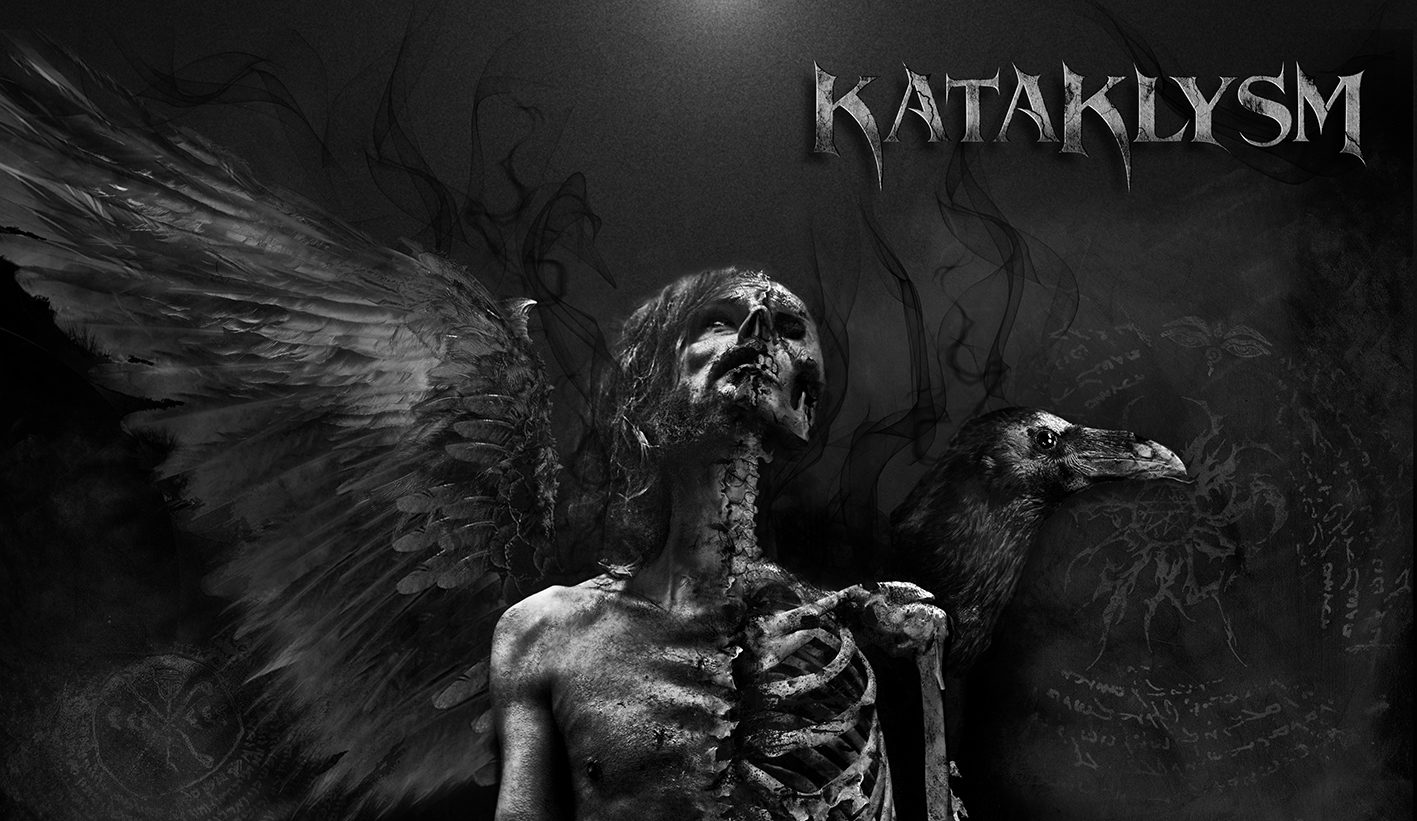 It’s not uncommon to begin an album like this with a sound bite from an obscure movie used as an inspiration. Usually it’s little more than a conspiratorial nudge for fans in the know, something to let smug dickheads like myself feel vaguely superior about for all those nights spent watching cheesy movies in the nineties when other, lesser fans were out having relationships and developing themselves as people. For this reason, they work best when they’re obscure; there’s a sense of camaraderie to spotting the villain’s monologue from some seventies Hammer horror classic, but a bit less to recognizing a recent blockbuster.

Initially I was damn impressed with Kataklysm for starting off with one of the dumbest, hammiest monologues to ever grace a B movie. Between the old man chewing his way to indignity and some forgotten hack screeching “I am the God!” it sounded a hell of a lot like a undiscovered gem of hilariously shit cinema history. So I was devastated when it turned out to be was Exodus – Gods and Kings, which feels like cheating. For a reference to work, at least one person in the world has to have seen the movie. It seems like somebody in Kataklysm owed Christian Bale a favor because there’s no excuse for a link to a turd like that. Kataklysm have better taste than to like that shitty movie.

They prove it over and over throughout this album.

It starts immediately, deep and relentless riffing coming slow to the rhythm of a drumbeat, washing the taste of cheese from your mouth with the force of a fire hydrant. It’s vicious, the breakdown followed by Maurizio’s deep guttural voice screeching “There’s nowhere to run.” The rapidity of the instrumental and its sudden breakoff into slower, jazzier rhythms keep you guessing as it veers between rapid, trashy glory and slower, almost melodic sections.

“The World is a Dying Insect”. The last of the album, also happens to be one of the best songs I’ve heard this year. It starts off with thirty seconds of enigmatic oddity. There’s a slow build to it, amassing throughout, that gives the track its weight. Expect catchy riffing that layers itself with even catchier riffing juxtaposed with an almost serene slowdown and then a climactic rushing that brings about the end of the album.

It helps that the entire thing rings with a surprising clarity. The production is immediately striking in its crispness, with each syllable, each note coming through fast, furious and discernible right down to the last blasphemous “Fuck”. Some bands seem to take refuge in the vague aural soupiness ill-managed distortion creates, but Of Gods is the steak to their stew; a perfect, glistening hunk of what they used to have before some dickhead in an audiobooth decided to take a big steaming piss all over it