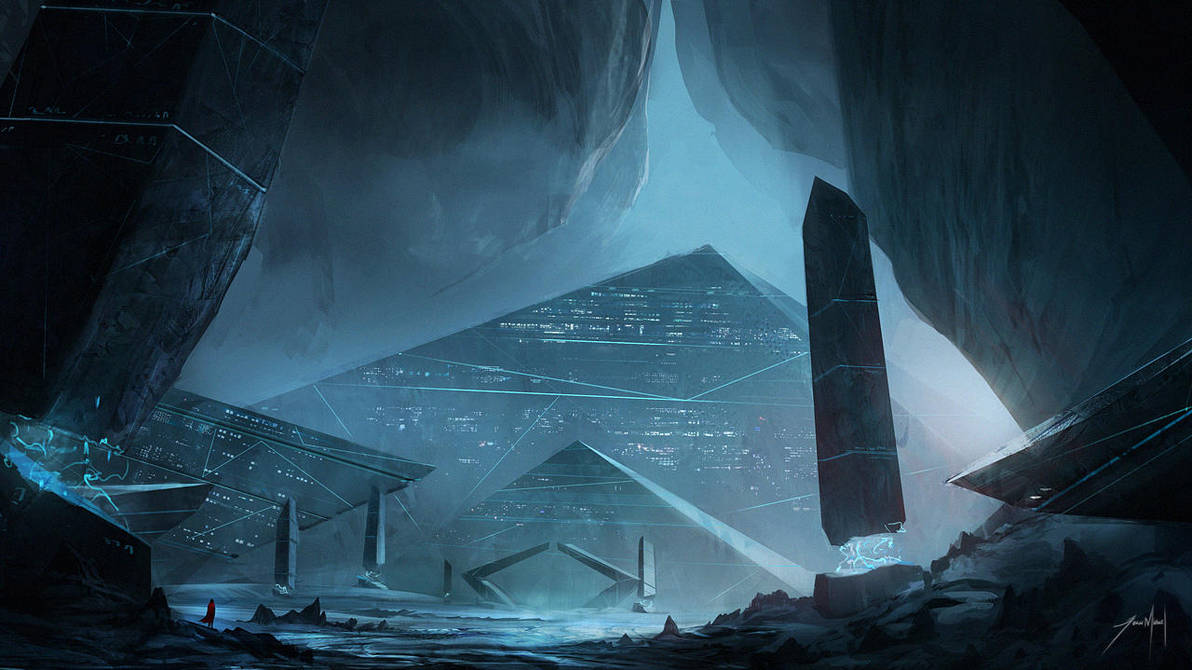 This months image comes from an artist called jjcanvas whoese painting I found on Youtube just in timelapse form. Though digital painting is not new, this is one of the first timelapse photoshop paintings IO have seen and is interesting to watch as it seems all one needs to a good digital pad for drawing and knowledge of Photoshop. Talent is somewhere in there as well. Other than that please enjoy the new sounds of heavy, speed, and power metal from 2018 and maybe one from 2017.

Sylent with a Y. I am not 100% on the cover as I feel instruments in designs are a little to literal but it doesn’t matter. In fact, Sylent Storm makes me forget about a lot of things since the music is a cascade of riffs and solos which venerate the 80’s while still sounding like it could party in 2019.

I am going to worry less if this came out in 2018 and more if it fits the ethos of Watchtower. Is it kickass traditional metal that is tagged as USPM? Alright, lets go for it. Is it from Argentina? Alright whatever. Sorcerer has everything going for them including a well balanced sound, great artwork, and an undying love for Mercyful Fate. With all of those in their corner, there is no possible way of losing.

The next two sections comes from the Italian Label Jolly Roger Records which seems to be digging up forgotten Italian heavy metal for re-lreleases. These records only appreciated by a few upon their release are treasures for collectors who often find original pressings out of print. for anyone just interested in obscure 80’s traditional metal, listening to these releases is a wonderful delight that makes fists that fly in the air.

Crying Steel were born in Bologna in 1982. To the founders Alberto Simonini (guitar) and Angelo Franchini (bass) soon joined Luca Bonzagni (voice) and then in 1983, after several changes of line-up, Luca Ferri (drums) and Franco Nipoti (guitar). After their first demo-tape they are noticed by the well-known journalist Beppe Riva of Rockerilla magazine who included them in the compilation “HM Eruption, The Italian Way of Heavy Metal” with the track “Thundergods”.

The Italian band Gunfire was originally an active unit in the 80s in Ancona. After two months they recorded the first demo in just two days in a very small studio using a 4-tracks Fostex but the band was quite satisfied considering the obvious limitations and because it was not meant to be for sale (the demo was without any artwork, just a simple tape) but simply to be copied in just 50 pieces and to be given free to friends and magazines. But quickly it was requested from all over the world thanks to an intense activity of tape-traders. Soon they came in contact with the boys of Discotto from Florence (known as the first label of Litfiba) who asked Gunfire to take care of the distribution of the new upcoming album. So they entered the studio: it took a whole week for the recording sessions and it costed the crazy total of four millions of liras of the time, so due of economic reasons they were forced to choose and record only 4 tracks. The Ep “Gunfire” has been produced in about 2.000 copies and it’s a genuine and superb heavy / speed metal.

I love this even though I know what this is. Right in the Bandcamp, this was said to be inspired by Rhapsody of Fire and obscure internet fantasy writers. The quality is bedroom and all instrumental and is actually a 2009 record rereleased but with all of that said the charm of this record far outpaces the production limitations.