Witchlords – Demons in the Dark 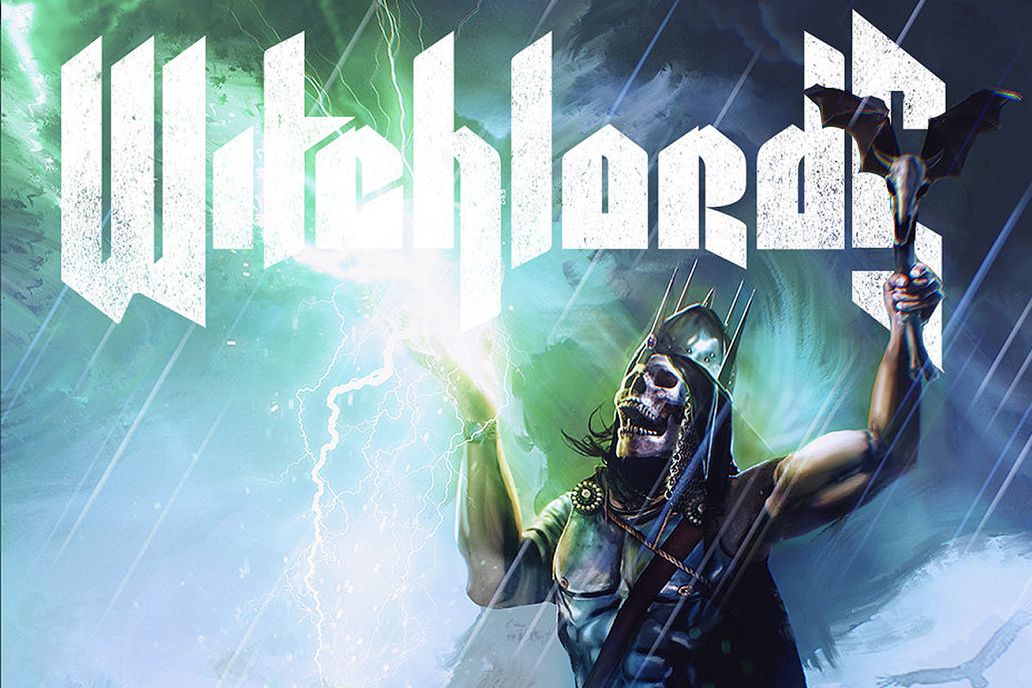 The debut album by Belgian outfit Witchlords is more or less tailor-made for a Hollywood Metal review. Boasting a steely-thewed barbarian battling an undead warlock on the cover, the stage is set for some fighting fantasy metal, which is exactly what you get. And then some.

I don’t know what is behind this corner
Just do it, roll the dice
Double red skull
What does that even mean?

These words kick off the album opener and title track Demons in the Dark, a fast-paced Maiden-esque ode to dungeon crawling that will have D&D fans everywhere nodding their heads in unison and professes Witchlords’ love for tabletop gaming. Lyrically, the band never leaves the realm of sword and sorcery with songs dealing primarily with battle, blood, magic, and mayhem, and that’s all fine by me. It certainly gives the album a harmonious feel and the theme sits well with the blisteringly fast-paced tempo with which all ten songs are delivered. Never a dull moment on this record.

Musically, this is epic power metal (bet you’d guessed that already), but not your mother’s polished poppy power metal. No, sir. At first, your ears may be turned off by the somewhat lo-fi mix that has been chosen for the album, but if you’re anything like me, you will soon agree that this actually works pretty damn well. The harsh soundscape gives the songs a real furious edge that reeks of speed, thrash, and even death metal, something that obviously fits the brash battle hymns like a glove. Or gauntlet, as it were. Vocalist Kristof Dedene has some excellent pipes on him, easily and readily delivering classic banshee howls in the vein of metal titans like Rob Halford, Ian Gillan, and John Cyriis (Agent Steele), a talent which he combines with lower range snarling to great effect. His forceful and often frenzied delivery sits well with the chainsaw guitars and thundering drums that Witchlords serve up in spades giving the album a well-rounded, homogeneous feel that will surely leave your eardrums sore in the best of ways.

Witchlords have crafted a hugely entertaining album that has kick, attitude, and goes straight for the throat. With a little something for everyone, this is recommended for fans of melodious power metal and face-melting thrash metal alike.