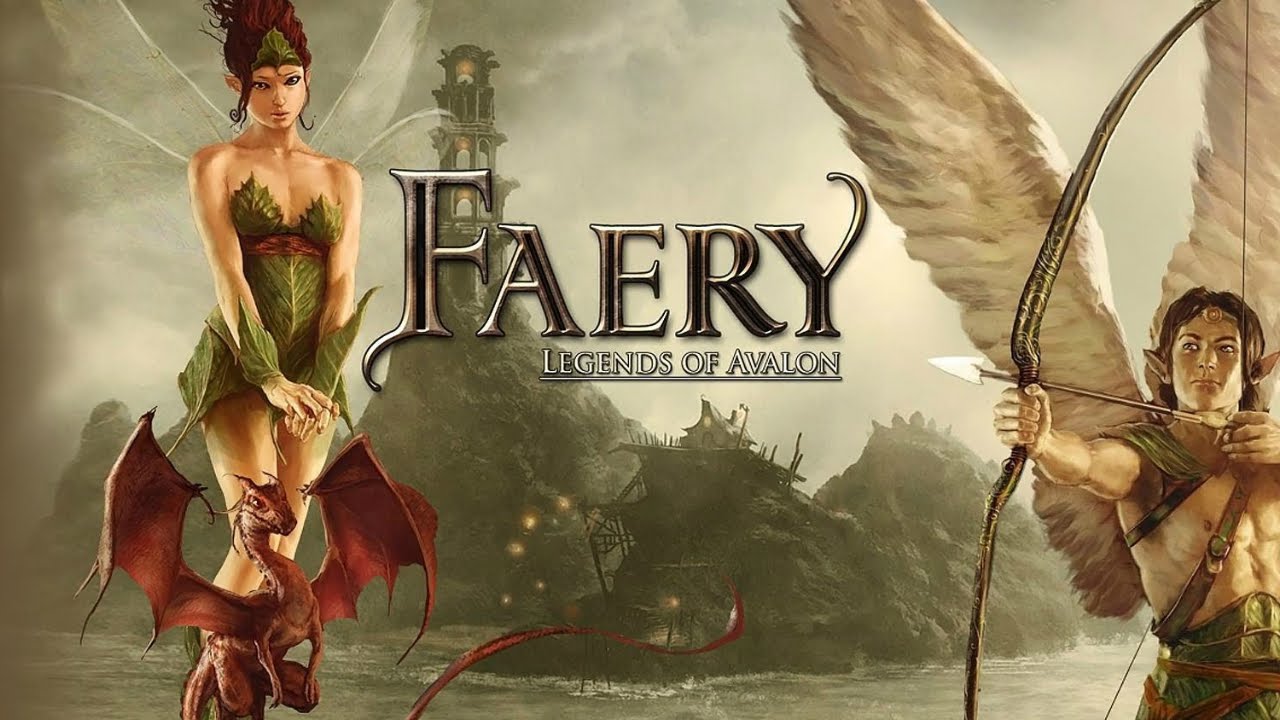 It was something, in this world of endless press releases and instant news, that the first I ever heard of Faery: Legends of Avalon is when it popped up on the steam store. Faery advertises itself as a series about exciting, pitched and old-school turn-based combat against gigantic and terrible monsters, and I’m sad to say that if that were its intention, it fails in almost every area. In its defence, I will say that it’s turn-based, and would have been considered awkwardly old-school about ten years ago . Almost everything else is more than a little lacklustre.

This is a cheap game, so some problems can be expected, but there’s a distinct feeling that this game’s designer and its financier didn’t talk. The worlds are small and sparsely detailed, but populated by a couple of well-designed and interesting characters. In their favour, they’re also interestingly stylized, in the manner of cheap caricatures or 18th century woodcuts.

Unfortunately there’s also frighteningly few of them. Designs, I mean. There’s a big enough cast of characters, but since so many of them have identical bodies (except for a bit of light recoloring) it gets tricky to tell them apart. Quite early on you’re introduced to a character (I haven’t remembered a single name out of this game, and I’d recommend you do the same) who just happens to be a red fairy scantily clad in leaves, which would be a pretty impressively detailed model if one of my party members, a green faery, clad scantily in leaves, wasn’t stood right next to me. I also found myself vehemently wishing that someone, somewhere, would say the words “i don’t believe in faeries” so I could watch one of them plummet to their death.

I understand the need for pallet swaps in enemies, just because of the sheer number that games like this possess, but when the game is about three individual characters having a damn adventure, it’s a bit ludicrous to pallet swap one of those. Perhaps it’s not the games fault, and this is a budget title, but things like this are more than a little ridiculous. Sadly, it’s not the only way this game is throttled by its purse strings.

Its scale is another issue. The player character is supposedly tiny, as evidenced by an early mission where you have to lure a roc-esque seagull out of its nest, and while this is used to good effect in the pirate ship levels, in the Yggdrasil parts the game seems to have trouble deciding how big the character is. At one moment you’re as tall as a raccoon, and at another termites are coming up to your chest. I guess they could be giant termites, but once you’ve gone to the trouble of emphasizing the smallness of your character, why bother? And even if they are, Yggdrasil’s apparently tiny. I guess you can’t have a game about fairies without a magical tree, but why not just invent your own instead of stealing one from a much more hard-ass mythos? Say what you will, that is one obese fuckin pigeon.

It’s also a conversation-based RPG without any voice acting, which is a design decision so incomprehensible it may well have been written in the viscera of a bird.

In spite of all this there’s still some interesting factors. Every time you advance in level the game gives you a upgrade point that you can use to improve your character, and all the upgrades come with a aesthetic change too. So learning a poison move gives you a scorpion tail, and practicing wind magic gives you falcon wings. It’s a nice touch, and had me focusing on making the most grotesque motherfucker possible, but it can’t save a game quite so lacklustre.

Also, it had a motherfucking rhyming character.

Spiders are quickly becoming my own personal goddamn white whale (the design company, not the chittering masses who watch and wait. Those I would never insult so carelessly) and every damn game they make feels like it might have been good, if only. I wouldn’t recommend this to anyone I know, but that’s because I don’t know any ten year olds.

If you’re ten years’ old, by all means you might enjoy it.

(also, get the fuck off this website. we say “fuck” a lot here, and hearing it when you’re too young gives you cancer or some shit)