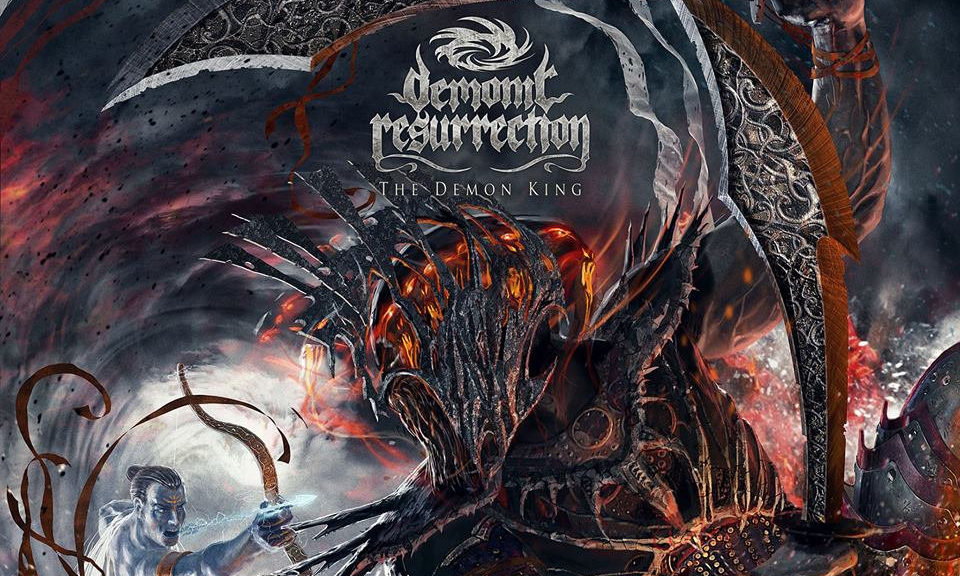 Bless wicked Amaymon, but that’s a hell of an album cover. I mean, look at it, it’s got everything; fire, swords, a whirling vortex leading to a furious, bow wielding Vishnu. Honestly, the only thing keeping me from tattooing the whole thing onto my chest tomorrow is the fact that I’ve spent too long playing DnD for me to consider a warrior dual wielding scimitars as anything more than target practice for a guy with a bow.

(I was originally going to make an “archery smurf” joke, until I realized that mistaking Vishnu for a smurf is about as offensive as mistaking Odin for Jesus).

But it’s a terrible album that’s just a potential tattoo, and I’m happy to say these guys have got more than just that down. This, their fourth album, is another fantastically developed entry into the cannon of Indian death metal. Of course, considering that Indian death metal is a genre that they practically invented, they could have co-created this album with Rihanna and Kanye West and it’d still be Indian death metal. One of the benefits of inventing a genre is that you can do whatever you want and people kind of have to go with it.

Thank Ziminiar that they didn’t, though. This is an evolution of their previous stuff, rather than a re-interation, and for once I have absolutely nothing negative to say about that. They’ve cast aside some of the lengthy keyboard intros of their previous album like the cross of a failing priest and replaced them, body and soul, with the kind of furious axework that can’t help bring a smile to my face and a horn to my hand.

Seriously, I’m powerless to stop it. I might need a priest.

Musically, it comes across as the bastard offspring of black and pure metal (because “black and metal” sounded weird), mixing heavy growling and distorted guitar with clean, complex riffing and singing that manage to complement each other. It’s a trick we don’t hear often enough, but I’ve always been a big fan of contrasts like this. The drumming is also fucking phenomenal, and how many times do you get to say that these days?

These guys are doing Corson’s work here, forging ahead and bringing new energy, not only to India’s metal scene but the world’s. My only gripe is that often each song seems to bleed into another, but that’s not to say there isn’t variation, only that it’s presented in a gradual, developing way across the whole album.