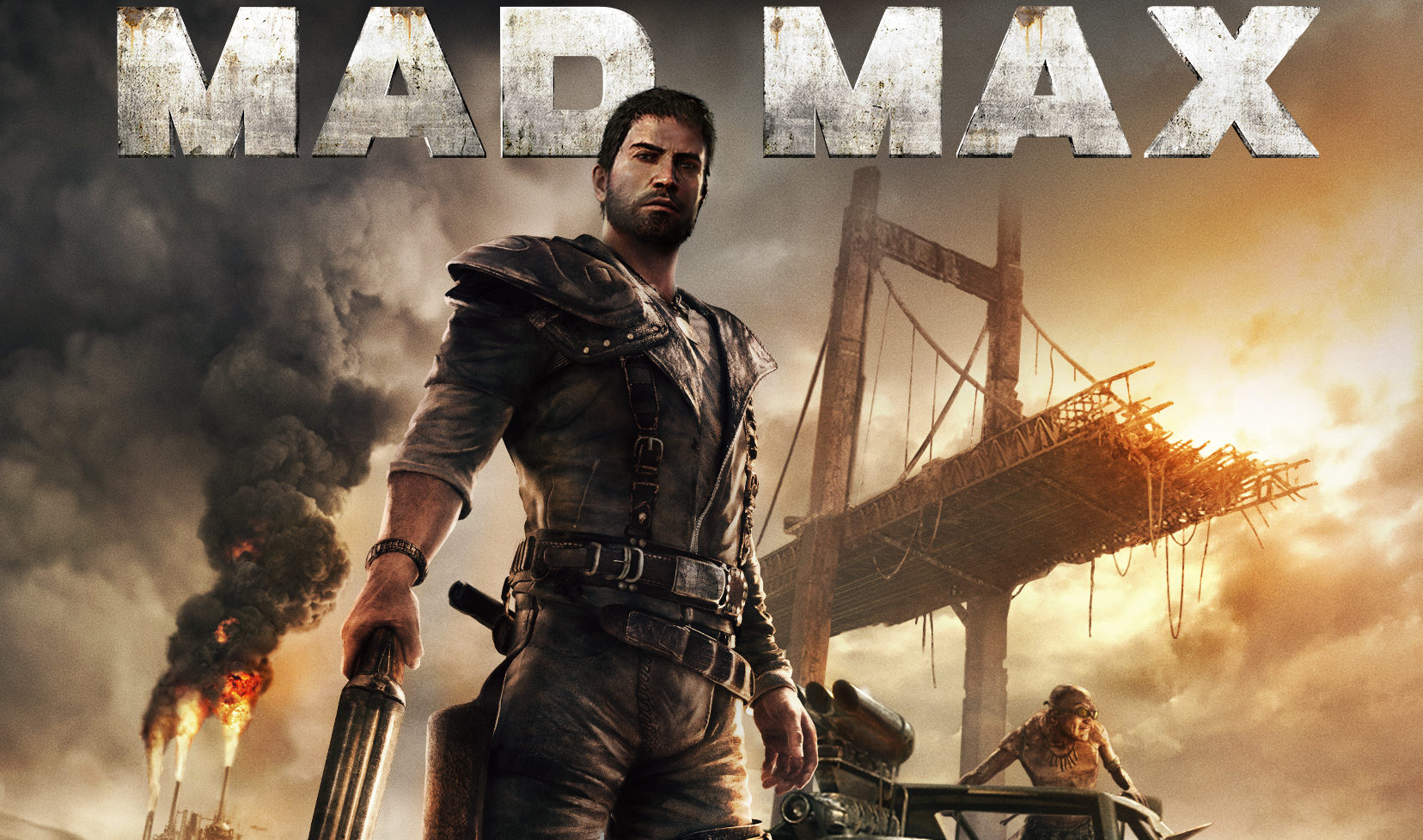 At first glance, the Mad Max franchise seems ripe for a video game adaptation. Open worlds, constant combat and ludicrous outfits are the touchstones of the films, culminating with the fucking awesome and successful “Mad Max: Fury Road”, an hour and a half car-chase that manages to tell a story of post-apocalyptic desperation, survival and hope entirely through the medium of exploding mutants. It’s a hell of a pedigree, especially considering the usual quality of movie tie-ins. Warner Bros aren’t exactly doing badly with their games department lately either. Considering the surprisingly innovative systems they managed to round up for “Shadow of Mordor” the timing probably felt perfect for a foray into that ridiculously interesting universe. The only doubt I had was the wisdom of making Max himself the protagonist.

Of course he is. It’s his name on the fucking door, after all, but Max Rockatansky is mainly characterized by his fucking disinterest in the apocalypse around him. While bigger, better characters like Immortan Joe, Master Blaster and The great Humongous are going wild in the emptiness of the Australian wasteland, Max’s main character trait is that he wants fucking nothing to do with it, grimacing every time he’s forced to take his car of a sweet jump like he’s sat on his balls and scowling at every flaming wreck like he’s calculating his insurance deductible. Watching him get dragged again and again into the bullshit machinations of leather clad bondage warriors makes for a good movie, but the game almost forgets to provide max with any motivation not to just get in his car and fuck off beyond the edge of the map. There’s some vague noise about the desire for a bigger engine, but most of the time you just find yourself doing as you’re told, blindly following orders without any real idea of what you’re getting or why you want it. Which isn’t to say you have to. This is an open world, after all, and at any moment you can abandon the main quest to wander the wasteland, getting into fights with random war-parties or emptying bases on foot. The problem is that foot combat starts off feeling familiar, and quickly becomes more than a little tedious. It’s the same system first popularized in the Arkham games, and more recently in Shadow of Mordor, though without much of the variation that made those games work. While Shadow of Mordor had orcish possession and the nemesis system and Batman has an entire batbelt of interesting gadgets, Max’s fight-style begins and ends with “tasted piss in his pint”. There’s the occasional shanking and shotgun blast but no variation to how you’ll deal with enemies. No matter what, it all comes down to pummelling skulls into hamburger with the occasional knifing. Even the skills he eventually unlocks provide little more than the occasional extra opportunity to hand out a stabbing. With the (understandable) removal of the stealth mechanics that typically accompanies this fighting system, it becomes quickly obvious how hollow it is on its own. Thankfully the car combat comes much closer to the freedom and chaos this franchise is about, but it makes no sense that boring fistfights should make up so much of the game.

It certainly doesn’t help that much of these fistfights serve to reduce the probability of finding random warboys patrolling the wasteland, meaning that the more you engage in fortress cleaning busywork, the less fun you actually get to have.

There is a pleasing amount of subtext regarding the depths of Max’s self-loathing. Half-heard whispering decorates the ambient sounds of exploration in a couple of missions with just a little more children’s laughter than you’d expect from half-starved scavengers and Max limps on his bad leg if you throw him off’ve high things; both small touches, but they’re enough to keep max feeling like Rage, Fallout or any of the other myriad post-apocalyptic universes. Try as I might, it’s impossible to take a screenshot of this game without at least one oily explosion

I won’t spoil the end of the game for you, other than to say that Max acts like a total asshole to one of his friends in a quest for redemption for an earlier act of being an asshole to one of his friends. His character; a PTSD suffering and amoral survivor in a world beyond his understanding is pretty consistent, but the whole game is built around the idea of him gradually healing and getting used to the idea of trusting people, so having him revert to loaner dickery feels like a really odd choice, even if it is consistent with his arcs in the movies. Ironically, in a game about roving the wasteland, he begins the game exactly as he started.

Mad Max doesn’t offer anything new. Only the setting hasn’t been stolen from anything else, and Avalanche can hardly be credited with creating that. Fittingly, Mad Max is a war-rig style construction, a great ungainly hulk welded awkwardly from stolen pieces originally intended for smaller, more elegant games. It’s certainly entertaining, and there’s hours of playtime in there for anyone who’s just looking to roam the wasteland, but this isn’t anything like as impressive, progressive or interesting as the movies whose magic it so shamelessly steals. I stand by my belief that there is great potential for the franchise, but Mad Max, while entertaining, isn’t nearly what it could have been. In it’s favour, if you want to struggle with dehydration and weird visions, it’s far cheaper than a ticket to burning man.