PRIMORDIAL – Where Greater Men Have Fallen 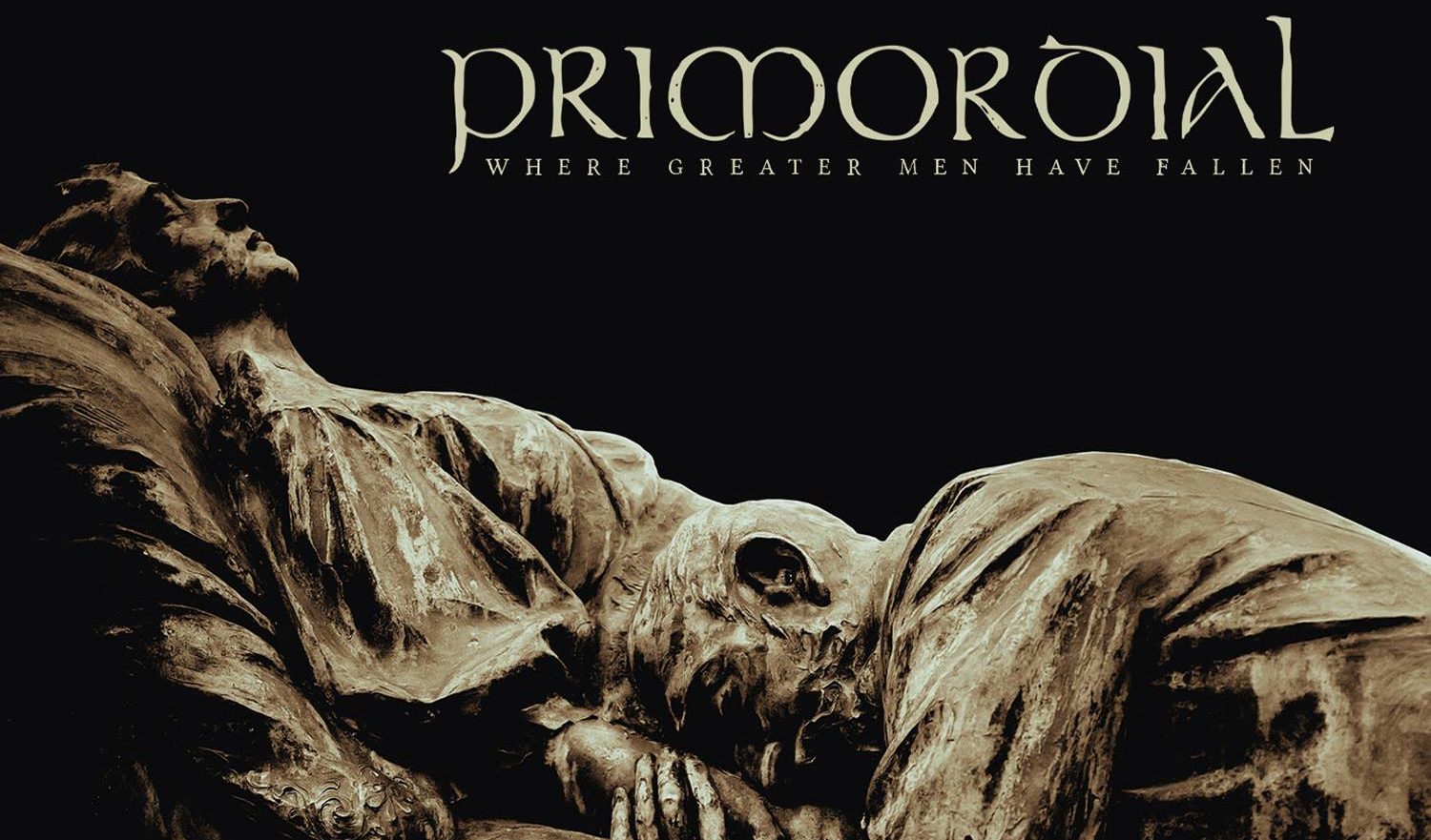 Primordial is a stew, a thick and complex melding of disparate ingredients coming together to produce a result of unlikely purity and inarguable strangeness. As a result they’re somewhat difficult to describe. You could call them black metal, and you certainly wouldn’t be wrong to do so, but you’d be missing the point in a pretty big way. Aside from the typical subjects of black metal (evil, death, war, evil wars, dying at war, dying evilly at war, warring evilly with death) these guys are harnessing their Irish roots to produce a sound and a feeling distinct from the more common Norse paganism that influences traditional black metal. It’s a feeling they’ve become kind of famous for since the release of their first album in 1994. Pretty fucking alarmingly, it seems like they’ve been busy most of that time, this being their eighth album, and perhaps even more alarmingly, they’re yet to fuck up, their releases showing a pretty consistent increase of skill and focus.

Primordial are, true to their name, a pretty original concept. An Irish melding of Black metal and Irish folk, helmed with the kind of clean, powerful vocals that made Sabbath famous. There’s certainly something impressive at work.

“Where Greater Men have Fallen” is a suitably remorseful title track, and the opening to the album. There’s a grimness to it, and a sense of loss, but neither of those emotions have the space to curdle into something negative. Rather the memories of the titular fallen are used to incite energy. It’s primarily inspiring music, illustrating the difference between “we’re going to die” and “we’re ready to die”, and focusing on the fight. It’s a fine thing to do, and it’s rare to see it done so well.

Thankfully it’s not all they do, either. The tendency of some bands to produce many albums of over similar material is well documented (and lamented) and it’s a trap Primordial mostly manage to avoid. In this album alone, there’s something of an exploration of the many many things that exist between the genres of folk and black. “Where Greater Men have Fallen” is anthemic, powerful. “The Seed of Tyrants” is vicious; a black metal hurrah whose pace and lyrics are attuned to an equally remorseless core. “Wield Lightning to Split the Sun”’s slower, grander pace is complimented by its vocal work, giving it a sombre, mournful pace. It’s an album of peaks and troughs of tempo but not of quality, and I’m honestly hard put-to to think of a song I didn’t like.

And, honestly, would it be fair of me to strain myself in an attempt at nit-picking? I suspect not.

What I can say is that their lead vocalist bears a more than passing resemblance to Ozzy “pissed-on-the-alamo” Osbourne, and if that isn’t enough to garner at least your curiosity I don’t know what could.