THE LEGEND OF HERCULES 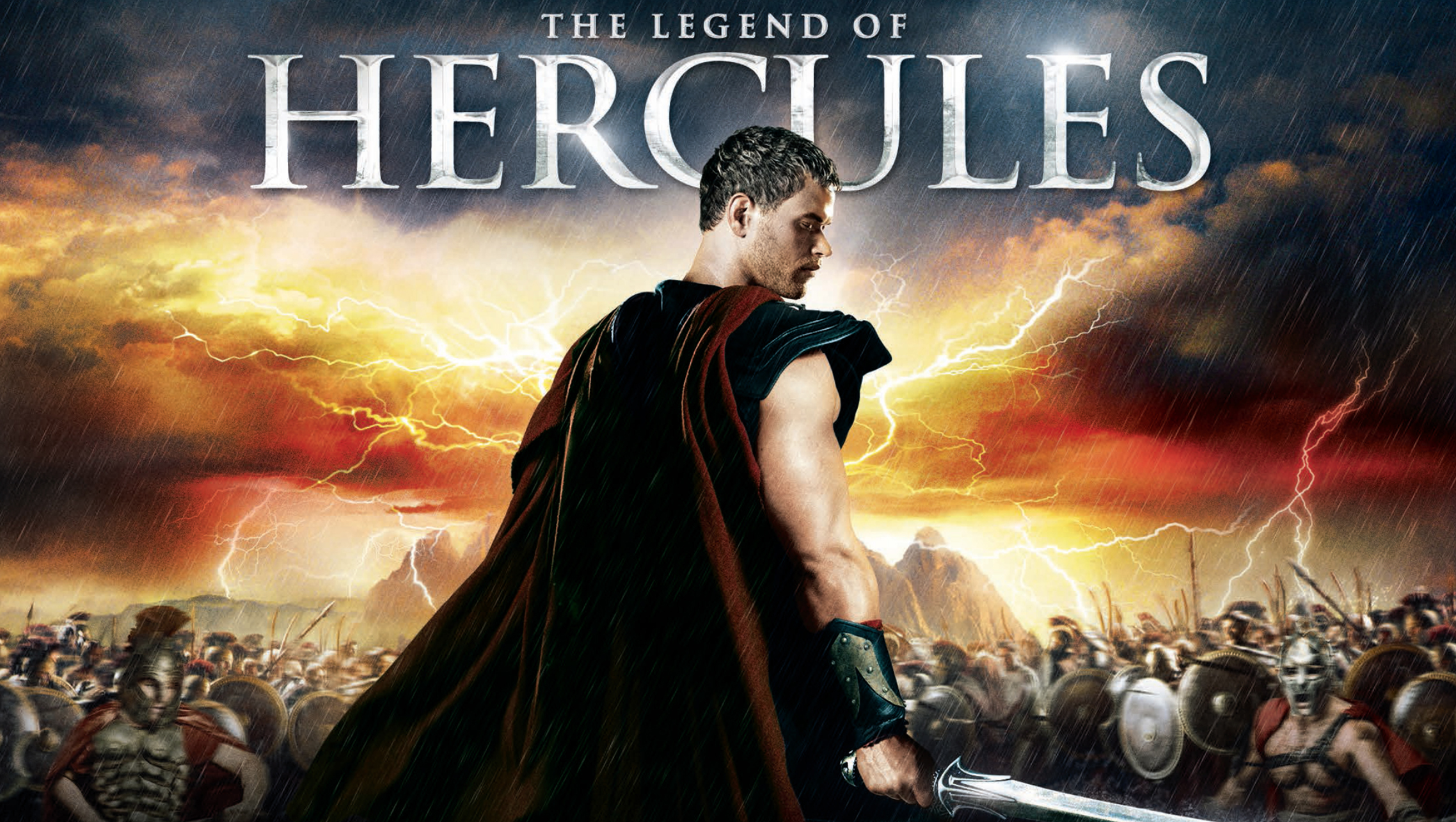 Hercules is the now popular name for a myriad of difference legends and myths that have sort of been amalgamated into one idea. Since I always like to draw parallels between world mythology and comic books, Hercules could be thought of as Superman, where different writers and creators add to the growing narrative and through group storytelling, we are left with one sort of hazy idea. The idea Hercules portrays is a hero finding strength in the power of the gods and becoming a champion to the mortal world, whose fight against the supernatural could be thought of as metaphor for our own fight with the unknown. Hercules gives us someone to comfort us while we fight the fear and dangers of the seen and unseen. His story is a testament to fate, endurance, and resolution through conflict that rests somewhere between entertainment, folklore, and an allegory of existence. This is the legend of Hercules. The Legend of Hercules, the film, is a bit different and filled with more abs.

The Legend of Hercules was directed by Renny Harlin, whose works include one of the terrible installments of Nightmare on Elm Street, the worst Die Hard before the 4th one, the terrible reboot of the Exorcist, and the Long Kiss Goodnight which was actually pretty entertaining. Harlin has incurred a long list of high budget action films that have been destined for critical failure but moderate box office success. I believe longevity is not top priority for Harlin’s films, but rather a chance to kick back and fall into some mindless escapism. I can deal with this, what do we have. My lord is that guy big and ripped.

Hercules, played by Kellan Lutz, who also played a vampire in some kissy vampire film series, is a demigod who was sired by Zeus, quite creepily, and born as the son to Queen Alcmene to grow up beside his half brother Iphicles. The first fifth of the film sets up Hercules being at odds with his step-dad, step-brother, and pretty much all of Greece, except his one true love Hebe. This part is true, according to the legend, as the rest of the film casts characters with a less critical eye to just fill roles. Amphitryon here. Creon over there in the back. Yeah, I know you’re not playing them the way they are in the legends. Whatever. It’ll be fine so stop worrying. The Legend of Hercules tries, with great unbalance, to portray a love story that is rife with television movie effects. Just leave up those green screens boys, it’s going to be a long night. Whatever I am saying about this film never applies to the action scenes, which are entertaining and make me laugh wildly in my seat.

The Legend of Hercules firmly asserts itself as a film that puts style over substance, with rough CGI populating every corner of this film. Again, Harlin’s films do not give the viewers much hope of an accurate retelling of the Hercules myth, but that could have been sated with dazzling action scenes. The Legend of Hercules does have these scenes, as they are the only comfortable places in a film populated with clunky narratives, an unconvincing love story, and characters who seem to have been written by 12 year olds, or 30 year olds trying to remember The Iliad from 7th grade English class. I feel that when a mindless action scene that rests nowhere comfortably in the story is the best thing about the movie, the whole film is destined, like the tragic heroes on screen, to be doomed.

Hercules is sent to Egypt after getting too hot for Hebe, only to walk into an ambush set up by his step-dad because King Amphitryon is a dick with a dick son who both do dick things to Hercules. Hercules is captured and sold into slavery, along with his pal Sotiris, by a guy with cornrows and very ornate headgear. Here starts the part of the film that finds its groove since Hercules must fight his way back to Greece with his fists. Great, more bashing. And since the action scenes are surprisingly competent, the viewer is not turned off by more ridiculous fight scenes in an arena filled with high rise stones and precarious spike pits. In fact, if the film was just Hercules hitting things with big objects or throwing out one liners before causing death by a fitting object, I think it would be 10 times better than whatever it actually is. Nope, we are forced to remember there is an attempted plot. How does Hercules and his pal get back to Greece? Convince the greedy slave dealer that there is more money to be made in Greece by entering them in a tournament where the prize is freedom. Bluff check? Modifiers? Pass. Fast forward to Greece.

Spoiler alert. Hercules wins. The film already stumbles over itself getting to the last portion of the film, which depicts a showdown between Hercules, the dick king, and his dick son. Thus far the film has only been slightly stupid, but reasonably entertaining, since no forced love interest has entered the frame. The last third of the film, however, reaches into such absurd territory that I am doubting I actually experienced it. The first of these scenes comes with the strange recreation of Samson, with our hero chained to two pillars. After some ham-fisted displays of arrogance by the dick king, our film’s protagonist finds his strength and rips down the pillars and recreates God of War by using them as giant morning stars. Woosh. Smash. Dubstep womp. How everyone crowded around did not get pumped full of stone is beyond me, but, suffice to say, all the bad guys get squished and innocent people manage to skirt danger. Alright, next level. Hercules, you need to chose another weapon, it is just too strong for this game. Your rolling criticals every time.

It is important to note that multiple things happen in this film but little is resolved. There maybe some uprising in the villages that Hercules becomes leader of, but that is never really explained. There also maybe some political maneuvering by Amphitryon in securing foreign armies, but that is never explained either. In fact, all plot lines are cut short to introduce the next part of this incomplete story. There is literally one scene where Sotiris is explaining his malcontent over Amphitryon, but even that is cut short to hurry to the next encounter. Everything seems to matter less than getting our heroes into combat. Alright then, what is next? Hercules rushing into the king’s castle with a legion of loyalists. Amphitryon tricks everyone and ambushes Hercules, once again, with like a bazillion guys. The only way for Hercules, who already has the power of a god, to get out of this is to make a lightning whip. Yes, that is right, the world famous electro-whipping Hercules makes its way into the climax of the film. This weapon has the ability to fell a line of 100 men by either electrocuting them or flinging them up in the air. It is the god weapon that makes an overpowered character even more overpowered. Literally Hercules could decimate nations with this and after decimating 500 men what does he do before taking on Amphitryon? Fucking leaves it behind. Goddamn it Hercules.

I am not going to ruin anything but let us pretend that Hercules wins and everything is alright, except for the fact that Hebe shoves a knife through herself, killing the dick son behind her, but miraculously surviving to bear children. Sure. By the end of the film, the audience is so tired of nonsense that any ending will do. There is nothing about Hercules’ labors, no clashes with gods, nothing that would connect this film to the original myth aside from some checked names. Shit, even Agamemnon is in here but I couldn’t place where he was or why he was in this story. Just like 47 Ronin and The Hobbit, the Legend of Hercules is not meant to be held to the original story for consistency. The film will either triumph or falter depending on how well, and entertaining, the story is to a modern audience. The Legend of Hercules, sadly, falls asleep in the back of 7th grade English class on their notebook paper full of stick figures in a gory battle. Though this film fails to keep even the slightest bit of interest, it is, luckily, the first of many sandal fantasies yet to come. I am ready.