WINTERFYLLETH – The Threnody of Triumph 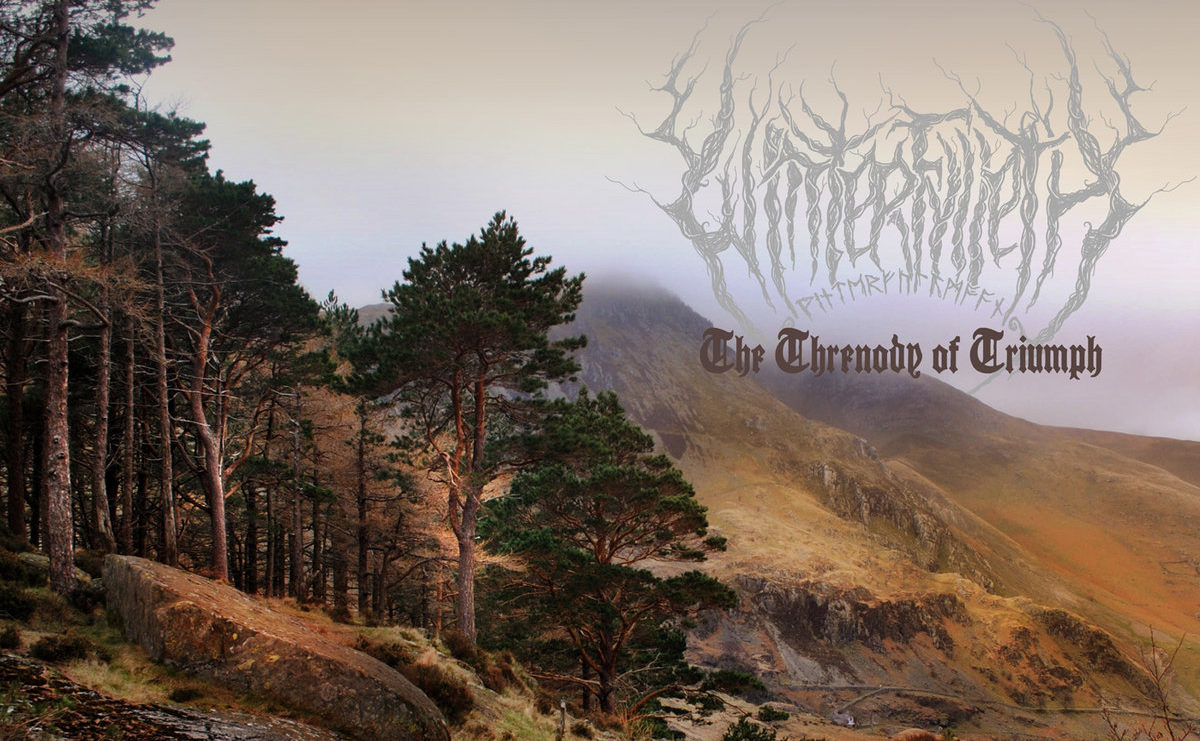 Winterfylleth, or “winter full moon”, was the Anglo-Saxon festival for the arrival of Winter and fell at the beginning of what we now call the month of October. It also happens to be a very appropriate name for an English Black Metal band, whose newest release certainly calls to mind both the season of Winter and their national heritage.

For the most part The Threnody of Triumph, with its droning guitars and relaxed blasts, is standard Atmospheric Black Metal fare, but there are a couple of, if not entirely unique elements, certainly things that it does better than many of its competitors. The folk elements, for one, are generally very well done on this album and, in particular, I quite enjoyed the clean, chanted vocals. Many Black Metal albums feature clean vocals, but I haven’t really heard any that are as musically interesting or musically competent as the one’s on this album. The acoustic interludes are nice, as well. Then there is the production, which is quite simply fantastic. The sound is warm and organic without being glossy, plastic, or otherwise devoid of that most necessary Black Metal rawness. The drums are crisp, the bass is audible, and the guitars are the album cover’s deep, dark forest out of which the vocalist’s fearsome shrieks float like the distant howl of some unknown woodland predator. The unconventionally low tuning(?) helps immensely to create that feeling. Honestly, the actual aesthetics of the album are probably its strongest feature (and I’ll include its gorgeous cover art in that appraisal).

This is not to say that there aren’t any interesting things happening musically, it’s just that there aren’t enough of them. Almost every song starts out with a great riff but I can’t for the life of me remember how any of them end, and despite the decent tonal variety they do kind of blend together after a while. The songwriting in general could be better. Every song has roughly the same structure (the introductions, in particular, are painfully similar) and features either too little repetition of an idea or too much. Then there is the drumming. I realize that this style of music requires a certain amount of restraint, but the musician in question doesn’t always provide as much momentum as he could and tends to play really boring fills.

Overall, Threnody is a decent album. It can be a bit homogenous but it has its moments and it just sounds so great. If you’ve been avoiding Black Metal because of its love of lo-fi, or if you are just unfamiliar with the genre and are looking for a palatable starting point, you could do a lot worse than this album.