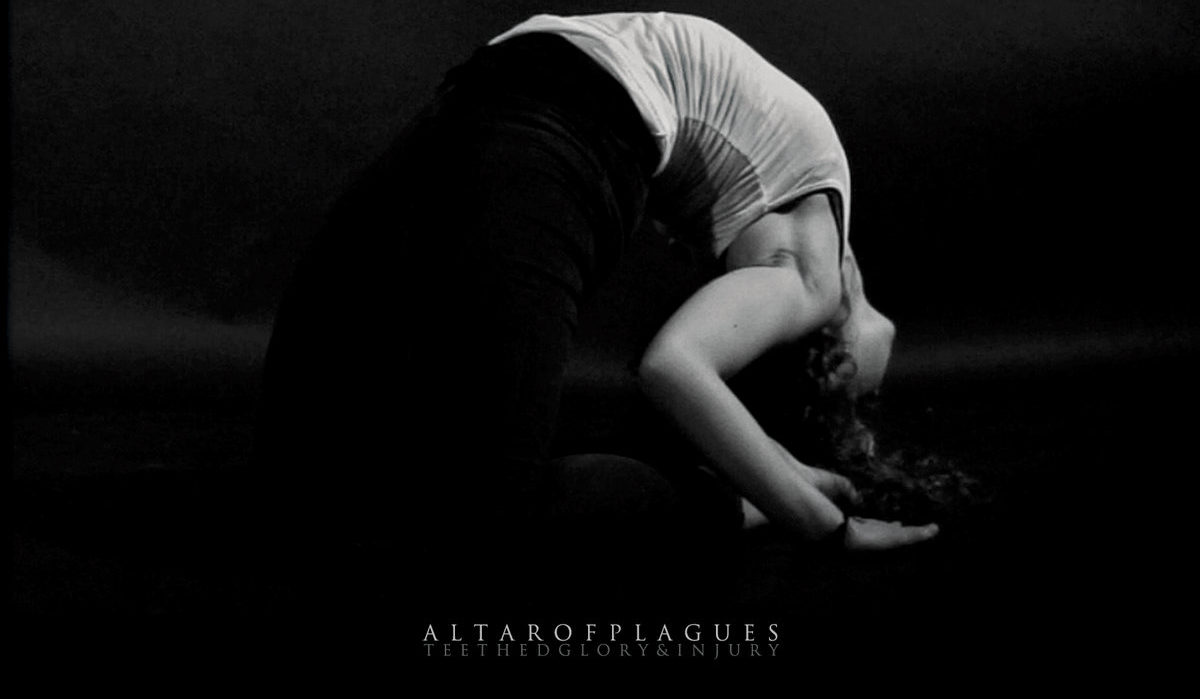 Woah, this is hip. When did everything become so aware and cool? Just like with Portal and Paysage D’Hiver, I am cashing in a stretch ticket and trying to get atmospheric black metal into the realm of epic metal. Come on, just squeeze. I do not think I would have pushed for Altar of Plagues third album so much if it were not for the album being absolutely stunning. No, seriously, it is really good and quite cinematic. You just have to know a few things before we begin.

Altar of Plagues began as any normal atmospheric black metal band would begin. They fit neatly into the then third wave style of post rock influenced transcendental quasi black metal. The band’s second record, Mammal, was a spectacular genre piece that even sidled up next to albums like Wolves in the Throne Room’s Two Hunters and Agalloch’s Ashes Against the Grain. It was easy and predictable. My reflection on Altar of Plagues’ past work only feels critical considering their newest work Teethed Glory and Injury is not only one of the most interesting releases by the band but it has damn near shattered my 2013 knowingly and with malice.

From various interviews the band has set out to either redefine their sound or bypass past convention. Third wave black metal has always been marked with an experimental spirit but Teethed Glory and Injury’s structure is so different than what came before I am almost jarred by the transition. Instead of the few song/long track format, each of the 12 selections from the album is slim and filled with serrated tension. The black metal sections are varied but attached with undertones of industrial, grind, and a general avant direction. The transition between tracks comes with a deliberate seam. If the contorted dancer on the cover wasn’t subtle enough for you, Teethed Glory and Injury is an art school collapsing existentially.

You see, I poke fun at its non costumed nature at times but Teethed Glory and Injury is more effective at bare emotion than some venerable black metal. Without pageantry the band is fluid and is allowed to go wherever the album demands. There is also no reason to rest once the band has achieved a certain sound. Heavy riffs, shrieking, and blast beats do not make an album good but rather what those elements do within the space do. Songs like “Remedy and a Fever” and “Twelve was the Ruin” with their wrought tension could not exist in metal records that did not have a dire purpose and strive. Black metal as a tool and not an end goal should be inscribed in stone about this record.

Of course, I enjoy genre and the occasional costume. I feel heavy metal has become what it is because of image and allure. Altar of Plagues achieves its success because of a straying from convention. Mammal was also marked with the feeling of artistic creation but Teethed Glory and Injury feels more effective when not surrounded by others. Altar of Plagues moves closer towards bands like Dodecahedron, Wreck and Reference, and Colbalt. The collapsed art school crowd. Black metal as a tool forever more.