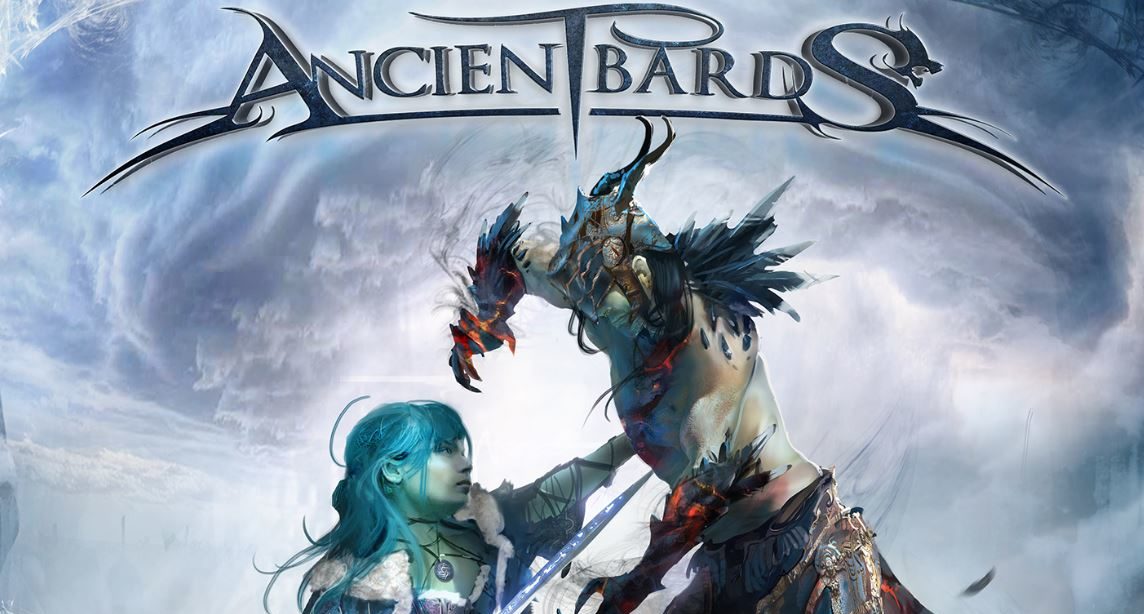 I feel my attraction to Ancient Bards comes in part with my love for Rhapsody and all of its iterations. I also feel Ancient Bards has perhaps endured the comparison to fellow Italian symphonic power metal band once or twice. Let us make this one more for old times sake. Origine is the followup, conceptually, to the Ancient Bard’s 2010 debut The Alliance of the Kings – The Black Crystal Sword Saga Pt.1. I mean, we could probably throw in their 2008 demo entitled “Trailer of the Black Crystal Sword Saga” as a preview to a story the band has been crafting for a decade. Comparisons to fellow countrymen Rhapsody are made since Ancient Bards is obviously influenced by not only the bombastic neoclassical guitar / keyboard driven power metal but also the instance on stretching a fantasy narrative through multiple records. Ancient Bards have been pretty solid in their lineup since 2006 and part 2 of their saga seems to be only reaffirming in the theory that this band is just getting started with their vision.

I feel I have to mention that Ancient Bards is not a Rhapsody clone in the way bands like Twilight Force are. I mean I like Twilight Force for that reason. The melodic aspects of Ancient Bards and their vocalist Sara Squadrani are a centerpiece in the music with piano, harsh vocals, operatic flair, and other elements which swirl around her lovely voice. To be honest, I enjoy Ancient Bards when they do sound more like traditional power metal as the guitar work from Claudio Pietronik and Simone Bertozzi is dazzling while the double kick rhythms from Federico Gatti is nothing short of exciting. In this same instance, Ancient Bards are at their best when surrounded by the most amount of sounds as the band has a talent in blending elements together in a tapestry of sound. The band, for me, is the most uninteresting when showcasing solo voice backed by slow piano. I understand this ballad style is enjoyed by some but I can never push myself to care or engage in that sound. Luckily for me, Origine does not spend too much time at the melodramatic moments and pushes forward with an album of mostly neoclossical excitement.

I mentioned The Black Crystal Sword Saga was a continuation of a story. This is true though I have been unable to find a synopsis or concrete story. Let us be honest and say that power metal is not known for their ready available texts but I am always interested in the stories and how they fall on the spectrum of speculative fiction. For Ancient Bards we have few lyrics we can draw out the narrative which seems to be illustrating the cover:

He is the champion of unwanted souls the defender of cowardly / deviance everything that he wants / he takes it by force, he takes it no matter the cost.

She is the brightest pure being of / all, the descendant of mythical candor, / in her conscience she keeps, / the true key to be in touch with the heart of the world.

You can’t win this / just step aside I’m tired of your spineless demeanor / Get on my side / into the dark avoid your impending demise!

I’m not enticed by your words of demise / you won’t lure me into joining your venture. / Every blow from the dark / I’ll fight back with light, by wielding this Black Crystal Sword!

So it does not take much academic analysis to draw out the classic battle between good and evil and the mythical weapon which aids the side of good. What is different is the change in lyrical content from The Alliance of the Kings in 2010 which served as the first part of this saga. The first part of the saga was much more narrative in in its tone and told the story of the black crystal sword in RPG-esque narration

Sendor,
the supreme dark wizard,
came to know about the existence of a mysterious sword
that gave its holder Absolute Power:
immortal life,
unbelievable strength
and knowledge of all magic.
Noone knew about the sword
except the four kings
from the four corners of the world.
The sword had been hidden in the Dark Cave,
in Noland,
under the cover of darkness,
and locked in a hidden place
that could only be opened
if the four weapons of the four kings
were revealed before it.

In 2019 we are now in a more abstract space without maps or concrete narration, at least from the available lyrics. This could change when more of the lyrics are released. I will say even for people who do not like analyzing power metal lyrics is that the music is enough to keep interest as this album concludes with a bombastic 14 minute closer in multiple parts and voice acting that leads to a possible next chapter with the forging of the white crystal sword. I mean, who did not see that ending? See more with the band’s fiery music video complete with green skin warriors, probably unsafe working conditions, and the band looking like they are having a blast. Oh it also has a real unfortunate thumbnail which was either accident or the design of a label which is banking on an audience. Cleavage aside, follow below for fireworks.