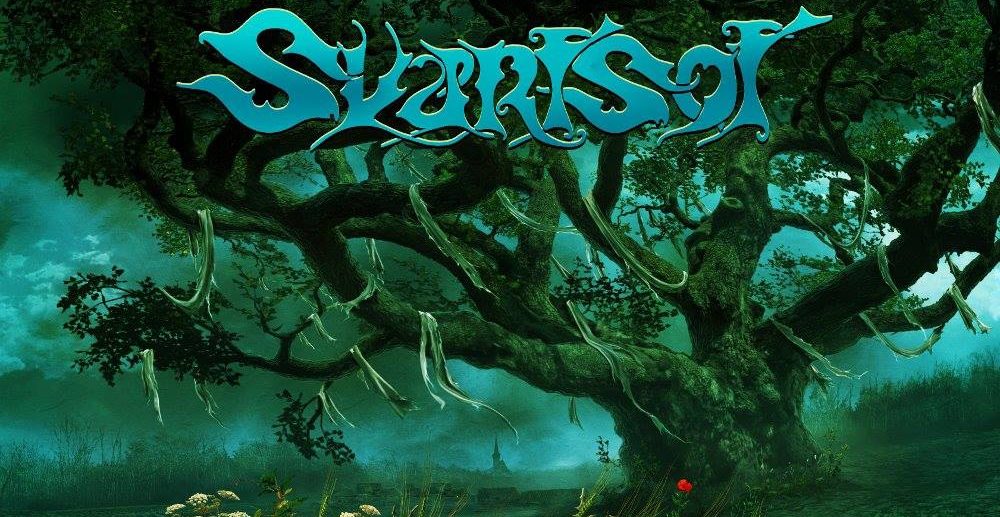 Svartsot are a Danish folk metal Band formed in 2005 who are most notable for their solid, if formulaic, 2010 album “Mulmet’s Viser” and the fact that their promo photos all look like cover shots for a medieval Calvin Klein beard catalogue. They’re not known, perhaps unfairly, for their surprisingly heavy and festive “Maledictus Eris”, partially because they’re something of an under-reported band and partially because Spotify seems to have bizarrely mistaken it for Skull Fist’s “Head of the Pack,” meaning you’ll have to hunt it down elsewhere.

You should as well. It’s a good heavy folk album, much like this. Anthemic in tone, with a good, enduring beat that persists through the whole album. Growling is out in full force too, and though unless you speak Danish you’re not going to understand much of it, I didn’t find that anything of a barrier to enjoyment. For me, Danish may as well be orkish, and it adds a fierce, almost alien touch to the tracks that use it. “Ost, skinke, agurk og brød” sounds raw and epic long after you know what it means, just for raw gutterality. Danish hasn’t lost its allure, and the gritty grunting takes on the rhythm of a war-chant in places, giving the whole experience a heavy, powerful feel.

Incomprehensible and yet, somehow, absolutely clear.

It’s a heavier album than ever, too. There’s a real focus on the death here, and vocals are certainly vicious enough to keep up. Thor still sounds like he’s gargling thunder, and the heavy folk influences add up to some truly hearty folk metal. It’s also heavy enough to satisfy even the hardest metal aficionado. What’s most impressive, and what makes these guys worth listening to, is the way they blend it all together. I seriously think I heard the bagpipes in there a couple of times, outside their obvious solos, and considering what an obnoxious instrument the bagpipes are, that I only think I heard them is a fucking triumph. Though the whole album is a masterpiece of pulling shit off most bands wouldn’t try.

The opening to “Urterkonen”, for example, sounds like a quaint karaoke night in Hobbiton that’s been invaded by the Balrog, what with the light, folksy acoustic instrumental and the deep, stonethroated growling channelled straight through it. Thankfully it doesn’t outstay its welcome, thick electric guitar-work following quickly on its heels. In ways, it’s far darker than it seems, the grinding ferocity masked by some really nice folk rhythm.

This is the kind of thing that populates the whole album, actually. Fully unexpected and earthy in a way you might not expect, there’s more than enough to recommend them.