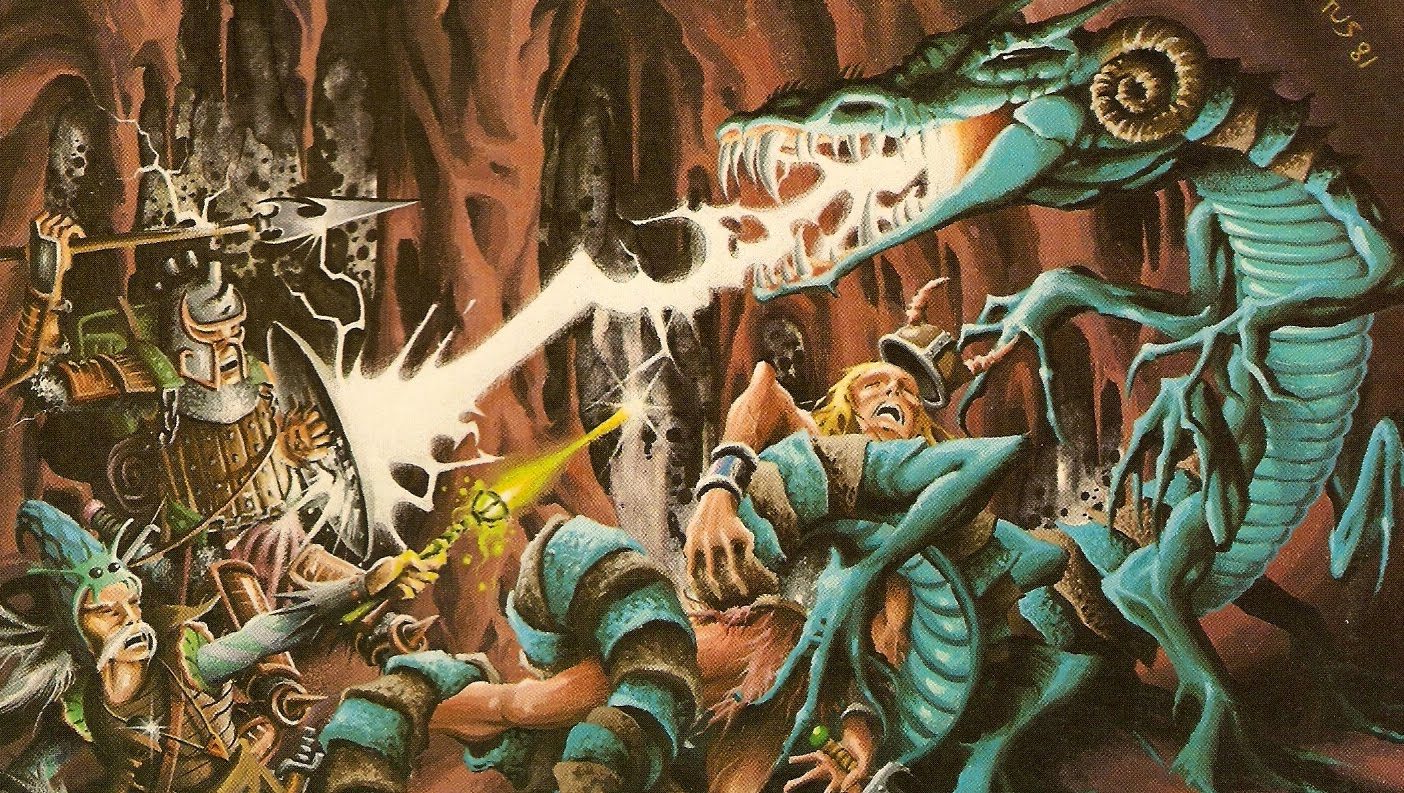 I can remember a time when I reviewed 5 or 6 new dungeon synth releases. We are now up to 18. This is because of many things. One is I legitimately want to listen to everything that comes out each month and that will yield a larger crop of releases I want to discuss. Add to this my desire to explore the furthermost reaches of the style with more experimental works and one has a big bushel of dungeon synth. Lastly, I feel the market and releases are growing. Included in this collection of new releases are things ranging from full length albums to two song demos and things from the very serious to the rather bizarre. If anything can be said about dungeon synth is that within its very far off hideout, it is growing with a cast of characters. From the classic to the weird to the soft to the noisy, dungeon synth is growing as much in its diversity as it is its collective identity. I am not here to judge on the course of things rather chart where they are going. Of course I always have fun along the way.

As always, I want to visit where the featured image comes from. This illustration by Erol Otus was done fro the cover of the Advanced Dungeons and Dragons module The Lost Caverns of Tsojcanth. In that module, the player character encounter the now famous female wizard villainess Iggwilv. In 2004, The Lost Caverns of Tsojcanth was ranked 22nd in a list of all time favorite modules. If that means anything to you, then this illustration will give you great satisfaction.

One of my favorite releases from last year was Faery Ring’s Kingdom Beset by Despair. At the time I never realized that the kingdom was apart of a story about a, well kingdom, beset by despair. Leech and Wort is the follow up with the continuation and really introduction of a larger story. The download of Leech and Wort comes with a PDF of 7 poems corresponding with the song titles. Add to this a record that continues the artist’s love for the dark and light which dance in cold marshes, and one has something that is probably going to be discussed throughout the year.

Oh damn it, I love this in the first 10 seconds of seeing what it was. If you would have told me that dungeon synth would move into me hearing tributes to Iron Maiden, Rainbow, Enigma, and Alan Parson’s I would have held you at knifepoint until you took me to it. Utred had a wonderful 2016 with the release of forest and Tribute is a victory lap with a low stakes entertaining record that fires on all cylinders.

Det Svarta Landet seems to be the artist I have discussed most about in contrast to what other people have discussed. After two demos this obscure French artist releases the first EP connected to the imaginary world of The Black Lands. While interested in drone, the ethereal nature of songs like “Establishment” feels more apart of a constellation than it does any dark dungeon. I am completely signed up for all music that is apart of the black lands.

If anything can be said about the mysterious act Forest Wanderer is that the cover certainly looks like a black metal release but inside is a world of icy synth that is surprisingly effective and moving. Classic in its disposition, Kalte Wälder der Sehnsucht (Cold Forests of Longing (?)) is chilling in its presentation but warm enough for inviting its followers.

I feel The Canterbury Tales was a feat for any artist and 2016 was certainly a time that I discussed the merits of Chaucerian Myth. Troilus and Criseyde continues to show that this artist is less devoted to constructing a gimmick of being a Chaucer nerd and more an artist who is continuing to work and evolve both in the devotion of literature and beyond. If the winding compositions of “Troilus” or the mournful cries of “Pandarus” are not enough to show that Chaucerian Myth has more to say that goes beyond one work, then you will be asked to leave the library.

If anything can be said about the US based Vaelastrasz, it is that the artist is working. From august of 2016, this artist has released multiple full lengths along with large collections of early work. The music for Vaelastrasz leans on the side of drone but with just enough enough melodic hooks to continue interest through sometimes long passages of sound. This in turn allows the artist to cast the melancholy which seems so integral to the sound. From album cover to album titles, Plaguelands is the one out of many that seems to have made it into my regular rotation.

Svarograd has had a wonderful year being that the initial demos for this project only came out last month. From Poland comes an act who is a dark and brooding as it is interesting. With as much interest in drone dungeon synth as well as various aspects of dark ambient, Mroczna Komnata (Dark Chamber) presents a complex array of sounds that is heralded by the dark figure on the front.

At points I can not fathom the amount of new music available. Rvine Novvelle-France – Recueil I is a compilation of 20 tracks based around a French Canadian collective devoted to dungeon synth, dark ambient, and noise. Some of the familiar names on here are Shelter Ov Shadows and Cromleck with a handful of odd sounding project names like Coconut Epsilon and UUNN. If anything a 20 track compilation geared towards to spread of dungeon synth in far off places should be reason for celebration. The fact that the majority of this music is successful and engaging is just additional reasons to be joyful.

I usually do not like single or two track releases as I feel they do not adequately describe the complexity of an artist. Stronghold’s effectiveness in two tracks however is enough to want more of an album. Slow and mournful, the liturgical sounds of Stronghold fills a listener with both passion and sadness. I do not know if I have ever been so swayed by a track that is under 90 seconds but here we are.

When Time Was Naught But Shadow is a collection of early demos that follows the 2017 release of Oldenhelm’s EP Ruins and Reverence. When Time Was Naught But Shadow does less to expand the universe of the artist rather give interesting lore to a story that is already filled with drama and intrigue. These short three tracks are for collectors and perhaps anyone who comes stumbling in and is looking for something effective.

Ossa Coronata’s strength is in its raw nature. From the cover to the sound, this US artist presents dungeon synth without any flavoring, sugar, or utensil. Ander Lant is the only release by the artist who is the only one out of the dungeon synth lot dressed in a rough sewn cloth sack and laughing madly in barefeet.

I am wondering how I missed Soltri’s initial release Excerpts when it came out in December of last year. This Russian artist seems dedicated to telling stories through classic dungeon synth and Cursed Kings is a massive step forward in terms of …well…everything. From concept to composition, Cursed Kings is a proper start for an artist who is excelling with each release.

I love this genre. When a release is accompanied by long passages of prose dealing with the mustering of adventurers as they deal with evil emanating from the mountains is the first chapter in what seems to be an ongoing story by US artist Nebulosa. With an icy disposition as well as an affinity for drone, Nebulosa stands at the gates of the weird as a wanderer does at the crest of some snowy hill overlooking frozen valleys.

Is it time to get weird yet? Close. Orkenblut initially grabbed me via the strange cover with the illustration that peers into one’s soul. The music is I does the same with strange compositions of spacey ambient, droning synth, and an atmosphere of mystery and dread. This release is at the cusp of traditions and unraveling of the mind.

I seem to like each Shelter release as I feel the artist is moving towards something grand and goddamn terrifying. Caught between dark landscapes and dungeon synth that seems to be elongated in a vacuum, Demo III continues the artist’s exploration in the realms of unearthly madness. Add to this an embrace of the occult and spiritual and one has a project that is unsettling on many planes of existence.

We are certainly in the realms of the weird. I usually reserve these last few spaces for albums that are just too weird and out there to even be apart of a digest based on weird and out there music. Somewhere on the other side of the world is an island cast in iridescent shadows that has sea life that speaks in binary code. If any of this sounds interesting then you are all cleared to take a trip with Cemetery Lights.

I do not know what to think of this as this demo magically appeared after a discussion and argument on the Dungeon Synth Facebook Page on the merits and possibility of a Harry Potter themed record. While I am not saying for sure that this is based in Harry Potter lore, the song titles as well as the album name certainly leans towards it. I am also not entirely sure this is a cast off or farce made in response to that argument. What I can tell you is these are four songs that are surprisingly interesting that could have a deeper backstory.

Alright. Here we are. The last release and by god what a record. On the Dungeon Synth forum, there is a healthy discussion on the idea of dungeon noise or the combination of dungeon synth and harsh noise. The discussions around this genre is less about making an obscure genre even less accessible and rather exploring the landscapes of alien sound while still having an anchor in reality. For something as jarring as noise and dungeon synth, Demo I is surprisingly engaging and is as absurd as it is effective at what it set out to do.