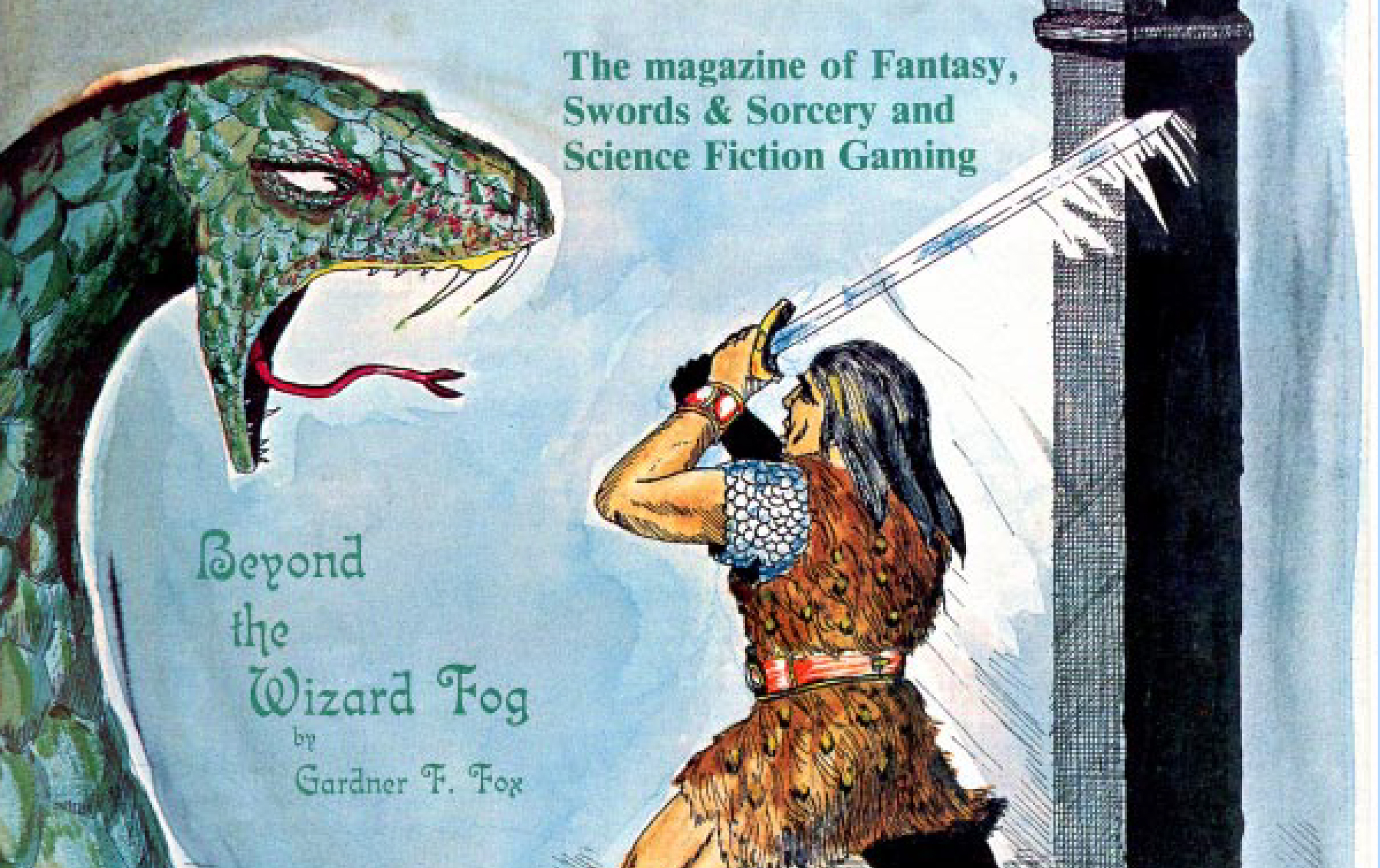 My fascination with tabletop has always been an immersion into fantasy with the least amount of props and tools. A lapse into fantastic places with the use of dice, books, and pens which provide hours and days of entertainment over years has always been intriguing to the point of obsession. Tabletop RPGs offer the creativity, social, and introspective escapism to make it one of my premiere hobbies. As I travel further into the history of RPGS, some of my interests also lie in how this type of game emerged and the genesis of it roots within the wargaming community. My tangled obsession with old school Dungeons and Dragons and its clones is related to my endless curiosity of the landscape of gaming in the mid 70’s. Though books and modules are great resources for the materials for this time period, I have always wanted to piece together the mental scene of what it was like when Dungeons and Dragons first arrived. With the aide of the internet, this is not difficult but it maybe different than what some think. Rather than a documentary or film, or even some of the greater books written on the hobby, the collected works of Dragon Magazine offer a look into the goofy, obsessed, and charming world of Dungeons and Dragons in the mid 70’s. Dragon Magazine was born out of an earlier publication called The Strategic Review. The Strategic Review was a quarterly newsletter that feed into the wargaming community with an interest in the growing dungeons and dragons scene. The strategic review was overseen by Gary Gygax and Timothy Kask and had content for military wargaming and supplements for Chainmail and Dungeons and Dragons. The Strategic Review eventually split into a wargaming publication called Little Wars with the more fantasy driven material into a new magazine called The Dragon. Little Wars lasted for 13 issues while Dragon Magazine’s final printed issue was #359 in September 2007. One can see the immense interest in what would become Dungeons and Dragons and the early years of Dragon Magazine not only give a good summary of the climate of gaming but also some features that were eventually forgotten.

It is important to realize that Dungeons and Dragons, at this point in 1976, had been out for two years. All of the content which is held in the pages of The Dragon are supplements and unofficial options for a game that was getting its legs. The Dragon had features like new monster builds, experimental classes like The Alchemist, as well as columns which drew on interest in both wargamming and roleplaying. Woven in between these features were running vignettes of fantasy fiction. One of the more famed pieces was a Fafhrd and the Grey Mouser story by Fritz Leiber called “FAFHRD & THE MOUSER SAY THEIR SAY.” Some other pieces including THE GNOMES CACHE have early sketches of what would become Greyhawk. If one is interested in the development of the D&D specifically with the creation of the places like Greyhawk and Forgotten Realms, the early fantasy fiction is a wonderful place to start digging. Magazines are a wonderful place for time to stand still. Along with advertisments and letters to the editor, the content of these periodicals was momentary. Perhaps one of my favorite aspects of reading these issues are the nooks of information for games that no longer have any relevance. In the third issue, Gygax waxed poetically over his love for a late 60’s play by postage game called War of the Empire created by Tullio Proni. There are advertisements for wargames like Battle of the Five Armies and features for the then new Empire of the Petal Throne which was RPG created by M. A. R. Barker set in the world of Tékumel. While Dungeons and Dragons was two years old at this point, it is important to see what else was along side it as those things would eventually fall away for what was destiny. Dragon Magazine is a vulat of information about Dungeons and Dragons as well as the periphery material which was perhaps as important at the time.

It is difficult to give this a rating since most of my fascination fro these things are rooted in escapism in a time and place. Reading The Dragon transports me to 1976 somewhere in the midwest where this was my only outlet for new information. These magazine are time capsules and even for a hobby that seems disconnected with the larger social cultural climate, still allows us to perceive attitudes.The feature” Women and Magic” is a hilarious gaff at trying to include girls into gaming by making feminine stats for roleplaying characters. Instead of things Charisma, these new stats include beauty and in place of things like charm they get “charm man” along with spells like seduction. If we needed any indication on what it was like playing games and who was playing games in the 70’s, these pages are static snapshots.

Reading Dragon is the same experience I have reading EPIC magazine or Heavy Metal. Depending on the time period, one can really immerse themselves in the ephemera of the time. Below this article is the advertisement for Winter Fantasy which is a gaming convention that is still running today. Though not as big as Gen Con (whose 9th event has advertisements in these early issues) seeing the inception, and price, for two days of gaming is warm with the romanticism of a time when gaming was at the boiling point of history. If i had a time machine, I would waste every second attending Winter Fantasy and being overjoyed every second. The magazine of Fantasy, Swords & Sorcery and Science Fiction Gaming