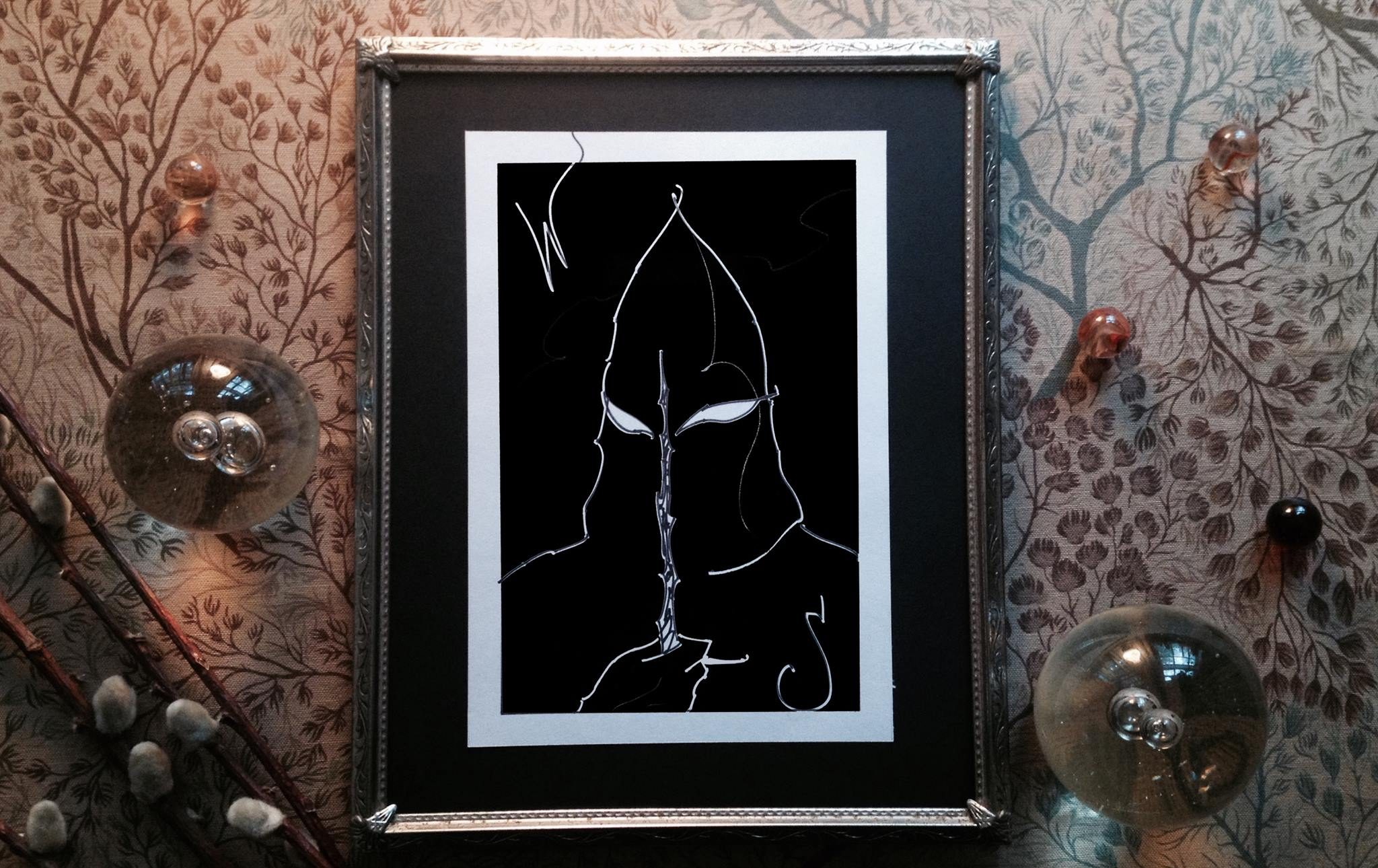 “Wand and Shadow” was my original suggestion as the name for this entire project. I thought it sounded neat as well as capturing the magical and dark aspects of dungeon synth. When proposed in an online polls, it was the second most popular name with “Keepers of the Shadow Realm” rivaling it and “Ethereal Dungeon Tales” being close. Instead of strong arming my favorite name as the project title as I would have loved to do, the community suggestions were used as volume names with Dungeon Synth Compilation being taken as title. Though Dungeon Synth Compilation is very utilitarian in name, it contrasts the flowery and ornate titles that have become indicative of this genre. Plus Dungeon Synth Archives and Dungeon Synth Compendium were already taken. Sometimes when making a project, it is a ace between what sounds good and what is available.

Wand & Shadow is the second volume in a continuing series that showcases current dungeon synth. All selection were gathered from the original open call on the dungeon synth Facebook group and forum. Unlike our first volume, the music on Wand & Shadow does not tell a central theme rather it is a collection of likeminded artists all walking towards the same castle on the hill. While there may be not conceptual anchor such as a gathering of arcane figures, the music on Wand & Shadow was arranged to showcase a regal and resplendent sound. Throughout my journeys with this sound, the scope of dungeon synth seems to reach for the tallest peaks of mountains to the darkest of crypts underground. Wand & Shadow represents the journeys above ground through forests, fields, and ancient ruins. While most of the music on this compilation tends towards the light, there are edges of darkness which are cast as shadows against the ground. From the somber dirge of Erang’s “King of Nothing, (Slave to No One)” to the ghostly memories of Castrum Tigernum, light dances with dark giving a spectrum of daylight and dusk.

The cover for  Wand & Shadow was graciously done by Canrith Knox, an active participant in the dungeon synth scene and the founder of Hollow Myths. The drawing and photograph was based around the title and showcases the artist’s cryptic style and outsider aesthetic. Hollow Myths is also in connection with some of the artists on this compilation including Taur Nu Fuin, Fallen Emperor, and Delvok as they will see future releases on CD and Tape from the label. The desire to have visual artists from the community working in concert with this compilation was deliberate as the creators of this project hope it to be a chronicle of current dungeon synth both in sight and in sound.

Wand & Shadow is the second volume of many to come. A third volume, “Ethereal Dungeon Tales” is being prepared based around the initial submissions. The third volume will showcase the darker and more experimental varieties of the sound which will hopefully snuff out all light created by Wand & Shadow. In Summer there will be another open call for submissions and with any luck, the Dungeon Synth Compilation (DSC) will be a proving ground for all new and upcoming dungeon synth. Even if this project never goes anywhere outside these three volumes, I will be happy to have at least that to cherish for the rest of my days.