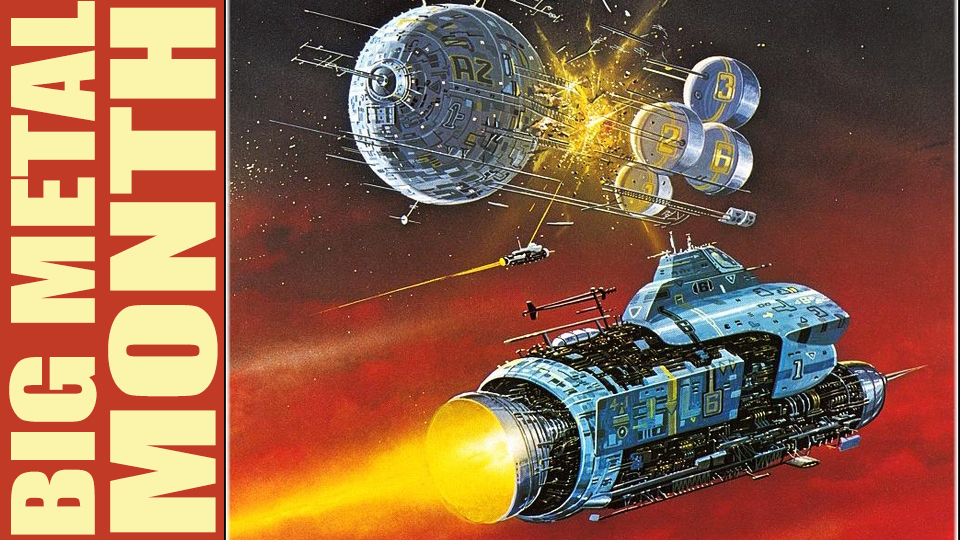 I got super into Enslaved’s back catalog a few summers ago and found this Norwegian metal band turned psychedelic warriors entrancing in their own vision on how to represent the world of life and death. From the first twinking post rock opening to the woozy synth scapes which make up a weird planet colliding into another, the 10 minute single for Enslaved 14th album E is enough to not only capture interest but make me excited for another year spent with an Enslaved album.

Seeing UK’s Akercocke at a headlining spot at last year’s Maryland Death Metal Festival taught me a few things. One this is a band that is big enough to land a spot at a large Us festival and two, this is a band that a few people go fucking nuts over. It is not hard to see why as Renaissance in Extremis is the band’s first album in 10 years following a reunion and new commitment to making weird as black death.

Ensiferum is settling into being the band that writes about battle and related material. One of their more famous records, 2007’s Victory Song has been an echo for other records that were less resounding on the battlefield. One of the first tracks from next month’s Two Paths declares a warcry for anyone who likes battle and ostensibly fighting for metal. Whether or not this band is going to rest on being a band for parties and convention goers has yet to be determined but what is known is the cover for Two Paths is pretty damn awesome.

This video has actually been out for a month but I did not check it out since I have to be forced to listen to Arch Enemy. This isn’t to say this Swedish band does not have a command on the market filled with listeners who want an uneven mashup of melodic death and power melodies with videos that targeted to the young hetero male metal crowd interested in pretty girls who are “metal.” For as much there is to rag on Arch Enemy they have found a winning formula that has allowed the to cycle through members without missing a step and make videos and albums that shine with deep layers of gloss.

For the past couple of, well, decades, Satyricon has undergone transformations. From their prized black metal records made in the deep of Norway during the 90’s to their lesser praised records in the 2000’s this band is constantly moving. To be honest, I haven’t checked out anything aside from a few tracks on the band’s last couple of albums but I know enough to notice the continual stripping away of production which adorns the new songs. Perhaps this band is undergoing a full circle and will eventually end up in the very raw production which marked their birth. “Deep calleth upon Deep” is strange and a weird single for a band with such a high profile name. With that said, there’s an indefinable catchiness in the minimal set up.