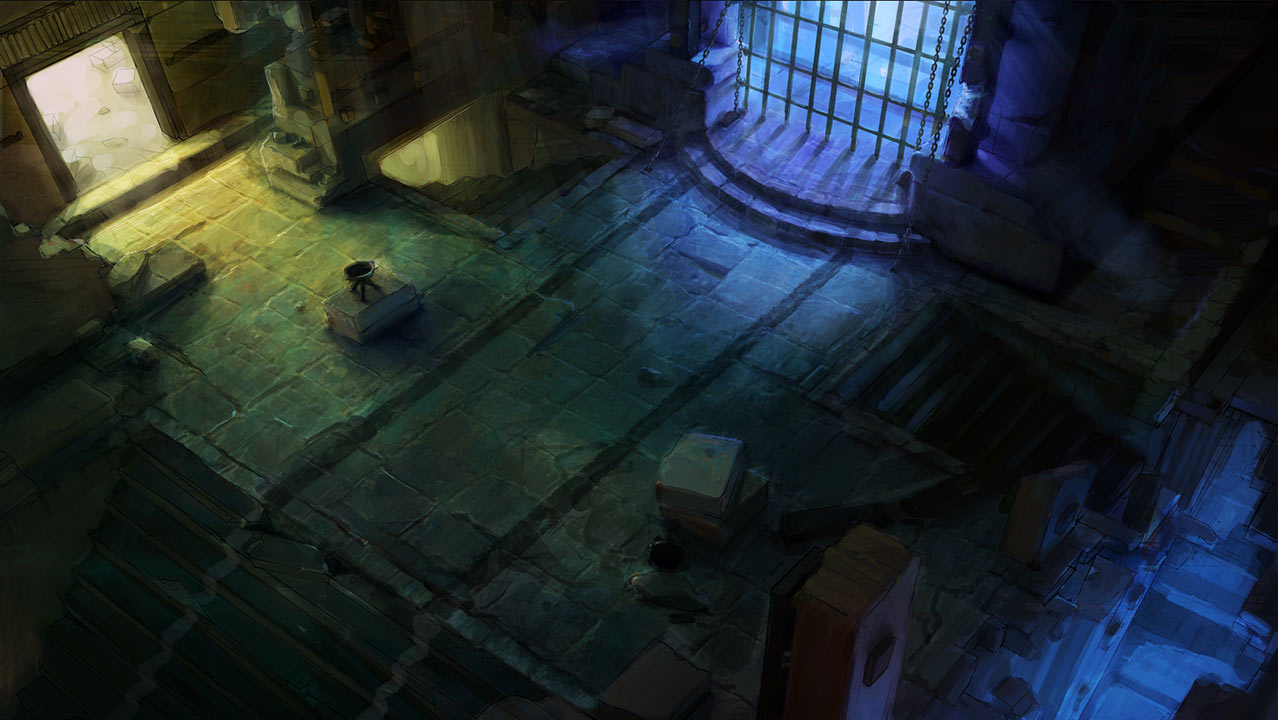 One of my dreams is to become an expert on dungeon synth. Or at least talk about it enough that people think of me as an expert. Or even become an expert by default in absence of anyone else who cares. Whatever the case, this genre, that was opened to me by the work of Erang, has led me into a magical world of fantastical ambient music and obsessed musicians who create landscapes within their own heads. There are few musicians attached to this genre, and perhaps even fewer listeners, but I call this little hamlet home. Enjoy your stay here in my little cottage. Please have some tea and sit down for a while.

Reviewing multiple dungeon synth albums has shown me that there are various styles that make up the genre, which is half of the fun in listening to this style. While there are, of course, predictable crawling styles that blare their way through dungeons, there are also ones that lay in the more dynamic ambient range. Ulgard’s pursuit into the realm of fantasy comes by way of general folklore and history, yet the artist’s devotion to Tolkien and dedication to the late Christopher Lee puts this record in the same place as underground dungeons, be it just on top of their hills. Light, airy, and perhaps full of dreamy faeries lazing in the sun, Ulgard’s debut may not be the best representation of the dungeon synth style but its place within these realms of imagination is undeniable.

Lord Lovidicus is one of the artists that is commonly recommended for a beginner’s path through dungeon synth. After acquainting oneself with the predecessors of the genre, there is a split in the road one must take, with one path leading into the light and magical and the other down into the subterranean tunnels of the underworld. Between these two styles, Lord Lovidicus is one such artist that lies high on a hill, fortified in a strong castle that gleams with wonder. Book Of Lore – Vol. I is the first Lord Lovidicus’ record to be fully based on a source material rather than a melange of inspiration. The Silmarillion provides the blueprint for this record, which is both indicative of the dungeon synth style as well as accessible to newcomers. In fact, if one were to come into this genre looking for one record, I feel this even measured album based around the exploits of the elves in the first and second age of Tolkien’s universe would be the perfect selection.

Hold on, you just have to give me a moment to process these two records. The Dungeon Lore Foundation is a Russian collective putting out compilations dedicated to an ongoing fantasy story. The first compilation was released two years ago, with the second published in the last few months. Volume I: King Under the Mountain is a re-release of their first compilation with a few new tracks as well as renewed interested in completing Volume II: In Search of an Artifact. If the above few sentences was not enough to urge you to purchase the 1$ digital album or the 10$ cd copy with the nearly free 2nd volume, then I do not know what will. Compliations are a wonderful way to expose you to obscure tracks from lesser known artists. Obscure compilations on lesser known musical styles is something that can lead you down roads to a haven of your own.

I want to hear every dungeon synth release. I want to wander every cave, forest, and mountain filled with the music this genre provides. If you are a dungeon synth artist, or know one, please feel free to contact Hollywood Metal at dungeonsynth/@/HollywoodMetal/dot/com. I can not promise everyone a spotlight but I can offer refuge in a world that probably does not understand you like we do.