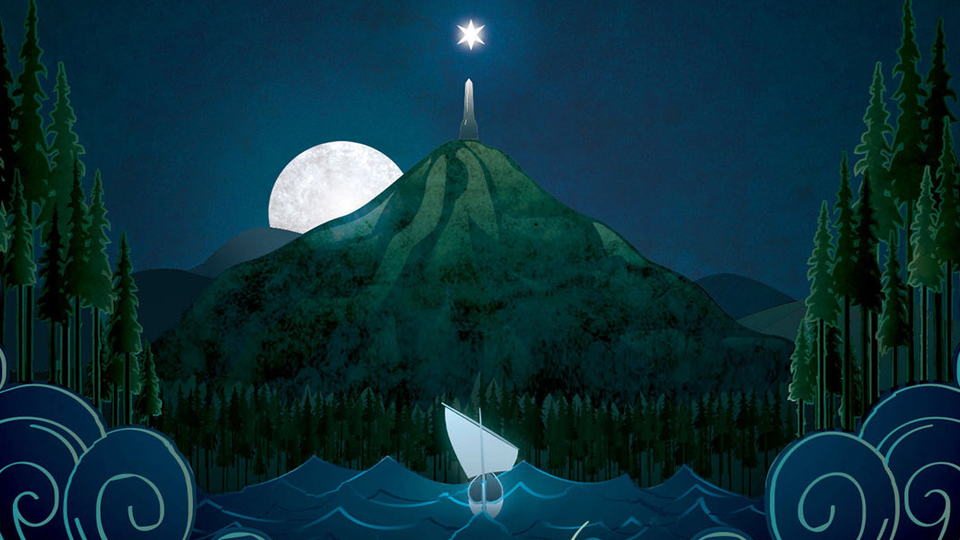 Well it is May and I have yet to review this which is sort of strange. Emyn Muil is not a name which is far from the lips as this Italian project has been distributed and discussed on dungeon synth forums and been sold through proper DS labels. The somewhat surprising matter is that Emyn Muil is black metal and has DS in a minor role. The somewhat unsurprising fact is that Emyn Muil bends the knee in fealty to Summoning along with his bannermen of Caladan Brood, Elffor and Kinstrife & Blood. I wonder what their sigils would look like.

It would be easy to compare and contrast Emyn Muil with Summoning as much as it would be time consuming and somewhat boring. The fact that this project along with others are a small enough group of bands playing in the style without much fanfare makes Emyn Muil less of a worship project and more of devotee forging its own path. Elenion Ancalima is the second release by Emyn Muil and not only continues to add to the world forged by the artist but makes a confident step in the direction of a project crafting a unique identity. There will of course always be comparisons to other bands but songs like “The Lay Of Númenorë” are so majestic in their disposition that one entirely forgets themselves and are whisked away on ships bound across The Great Sea.

Worship and devotion are a great starting point for bands especially when they can make records that stand by themselves. Elenion Ancalima continues Emyn Muil’s obsession into the world of Tolkien with music that is fitting for the rule of kings and other mythical creatures. The scale and majesty of the songs descend the lowest dungeon of Moria to the summit of Celebdil. It is wonderful having a group of bands working tirelessly to craft music for a small but vocal desire for epic Tolkien themed black metal. While I am sure those fans would take subpar music just to fill a need, it is fortune we are blessed with such a competent offering.