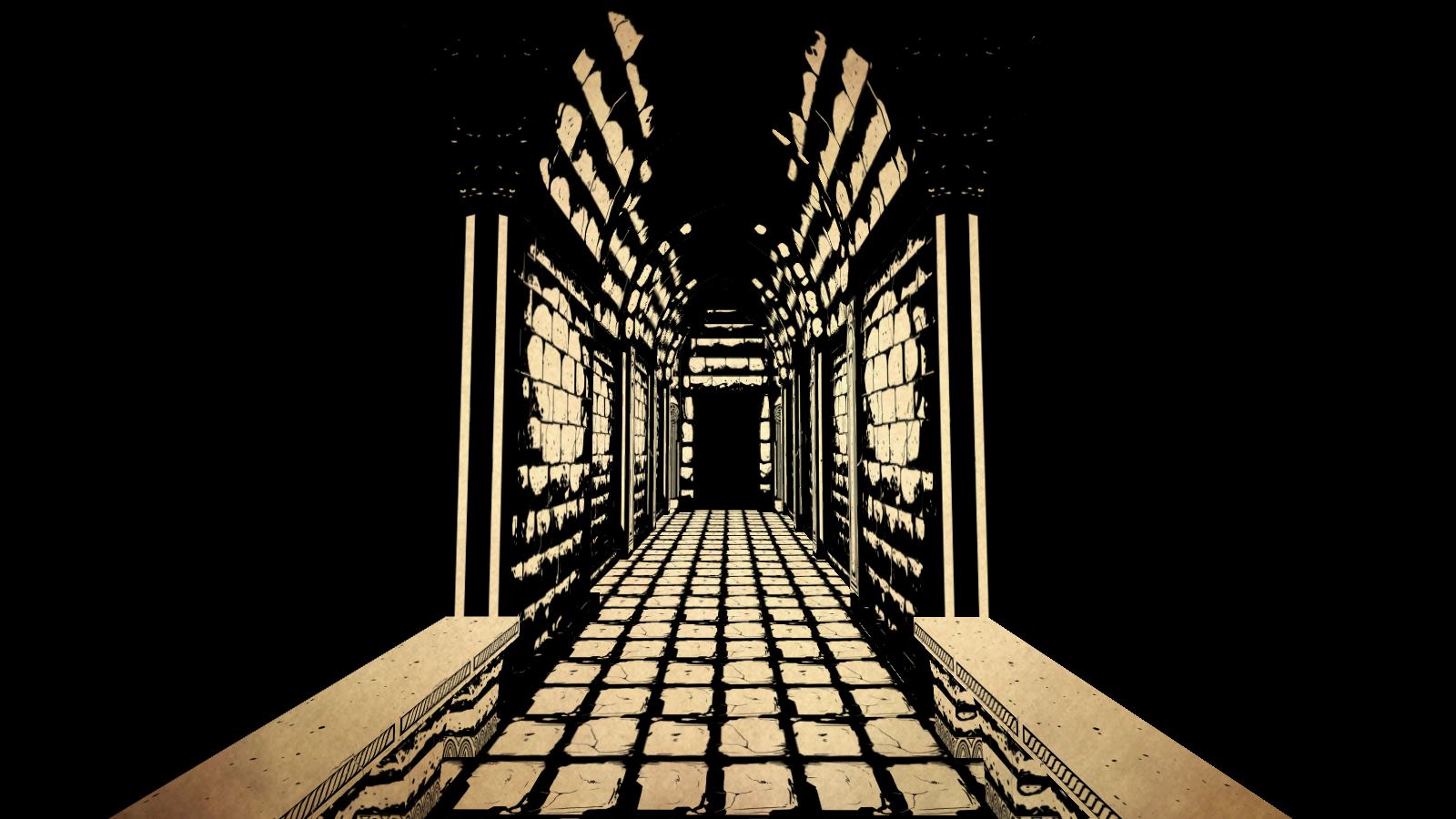 2016 was not my first year with dungeon synth, although it was my first full year investing the genre. 2015 was really about me coming to terms with this new sound and figuring out why this gag about bedroom fantasy music never ceased to be interesting or engaging. What started perhaps as one of my quirky obsessions fully turned into a full fledged endorsement of one of the greater still obscured microgenres in recent memory. 2016 was perhaps the first year in which I carefully studied most everything which came out through Bandcamp. While this was of course not everything in the scope of dungeon synth, I would hazard a guess and say that I listened to most of it. If anything I believe I could have an objective opinion on my favorite releases of dungeon synth in the year 2016. through my endless search to learn everything, I also found a friend. The dungeon synth community is small so when I see someone else encroaching on my territory of reviewing and talking about the genre, I naturally want to naturally confront this other person and either leave him upside down in a trashcan OR politely ask him to join a gang. Boss T Ross is a writer over at Toilet ov Hell whose dungeon synth feature caught my eye for their humor and information. Boss was also a frequent purchaser of the same records which quickly lead me to believe there was another chronicler in this small town. At the moment, there are two people writing reflections on dungeon synth and if we both combine forces, we can start a guild and make all other future writers pay dues to us. Oh yes, this is the start of a vast empire for a scene that could still now occupy a small rec room. Welcome Mr. Ross, your office is down the hall.

Before we start, some honorable mentions are in order. These mentions go to Dwalin, Lord Lovidicus, Darguun, Popiół Kurhanów, Dol Guldur, Mystic Towers, Gentle Fish Mumbling, Sanguine Vescor, Moonless Nights & Moaning Shadows. A special mention has to be to Erang for his three albums of 2016. Erang not only contributed to his present world with The Land of the Five Seasons but also revisited his dark past with Our Dreams are Made of Dragons and looked to the future with a Carpetneresque retro synth album Anti-Future. Erang was one of my first dungeon synth artists and seeing someone tirelessly working and contributing to the genre in various facets is exciting. Now onto the rest…

Taur Nu Fuin was perhaps one of the most discussed releases of the year. This is for a couple of reasons. Not only does the cover and overall sound harken back to the classic dark ambient days of dungeon synth past but Thangorodrim managed to weave a variety of sounds within not just once album but each of the songs. From the very dark depths of drone to the majestic peaks of light ambience, Taur Nu Fuin is a triumph in terms of versatility and is rightly one of the more discussed records of the year.

It has been a crazy couple of months for Fief as this artists debut was just released in August of 2016. That particular album was enough to cause excitement in the community with the second humble installment as a victory lap to roaring praise. Situated on the lighter end of the spectrum, Fief offers contemplation against sunny hillsides n a world cast in brilliant hues and shades. Dungeon synth has various shades, hues, and tints and Fief is an artist working in dramatic pastels.

In the world of dungeon synth, artists have the ability to release multiple albums over a short time period. This has become almost the modus operandi for all artists to the point that when someone spaces out a release, it feels like a novelty. The last release for Russian artist was 2014’s Tan Gil. Methodical and glacial, Fragmenter Av Trolldom’s time spent gestating in the dark hills of yesteryear is mimicked in the albums pace and tempo. This is music that is both refined but cast in the luster of shadows and takes great leaps in bringing gloom in new dimensions.

Рабор is perhaps the one artist that hit me harder than any other year. This is because two of my favorite releases were from this Russian act and I never made the connection. Both За Тридевять Земель and the nature ambient release Голоса… were some of my top played releases for the year. Рабор is inherently tied to the Russian landscape and folklore as За Тридевять Земель concerns itself with folklore and fairytales. There is also a bear playing the lute and you all know my feelings about that. Add to this the most recent split with RævJäger and one has an artist that is as elusive as some of their subject matter.

RævJäger has grown immensely in a year. 2015’s The Tale of Axe & Torch was a charming dive into the world of dungeon synth which wore its influences on its garish sleeves. 2016 saw a wonderful split with Barak Tor and Slendorious with The Lord of the Fairies being the artist most accomplished statement of the year. Similar to its themes and subjects, The Lord of the Fairies is both regal yet racked with chaos. Both wild and untamed, RævJäger and his newest album takes a place amount the fey court.

Selections from Boss The Ross

A warm tape hiss greets you as you plunge into the portal. As you fall deeper and deeper drums and mysterious synth notes surround you. Before you realize your predicament, you have fallen into the midst of a great battle between light and dark. You look for an exit, some way to distance yourself from this quarrel, yet you are handed a sword and shield and thrust deep into the struggle. Standing alone with enemies on all sides, you hack, slash, thrust and swing your broadsword until not a single foe stands. Chest heaving, you raise your head to the sky and release a mighty battle cry. Then the second song starts and you become conscious that your adventure has only just begun. Wardens is a fantastic debut EP and while Verminaard released their first full length, Lorac’s Folly (December 21st, 2016), I felt that this was better suited as my favorite of the year.

This entry on my list could be considered cheating, but it was the best way to represent 3 outstanding artists in the Dungeon Synth realm. The artists all have their own distinct sound present here as they weave stories of this primordial land into one cohesive piece of might and glory. Together, Raev Jager, Barak Tor and Splendorius take the listener on a literal and figurative journey through bloody battles and mountainous landscapes, meanwhile depicting great emperors and grand warriors for a fully submersible world. In all, this is an album of epic proportions.

Might of an Ancient Tale is the first Dungeon Synth album that I completely fell in love with. I had just discovered the genre and was delving into its many artists when Sequestered Keep released this masterpiece, so it was the first “new” album I listened to and into which I could immerse myself. Pair that with my time spent in Germany(and the many castles I walked through) during the summer and overall it results in a very memorable experience, one that I will always cherish. As a side note, this also marks the beginning of Sequestered Keep’s “Era II” as denoted by the new logo.

The Canterbury Tales is a three-hour long escapade and perhaps the single most ambitious release of 2016. If you can brave the longevity of this adventure it is worth listening to in full at least once as the album flows through the different tales found within Geoffrey Chaucer’s highly regarded Medieval work. The musician’s love for Chaucer’s mythos is exceptionally evident as each song is meticulously crafted to represent the different characters within. Due to the nature of the characterizations, Chaucerian Myth employs a plethora of synth tones to create a dynamic and well-rounded work of art.

Utred has proven his worth in the span of 2 releases this year. April’s Citadel is another fine debut release from many of the genre’s artists and ranks high in its field, however, Forest raises Utred’s claim to dungeon fame greatly. Utred wastes no time in showing his worth by writing short and descriptive songs as he builds up to the eponymous track, a grand enough piece that alone overshadows many other albums. The lush, bright and full-bodied synth tones showcased throughout Forest are also some of my favorites this year.