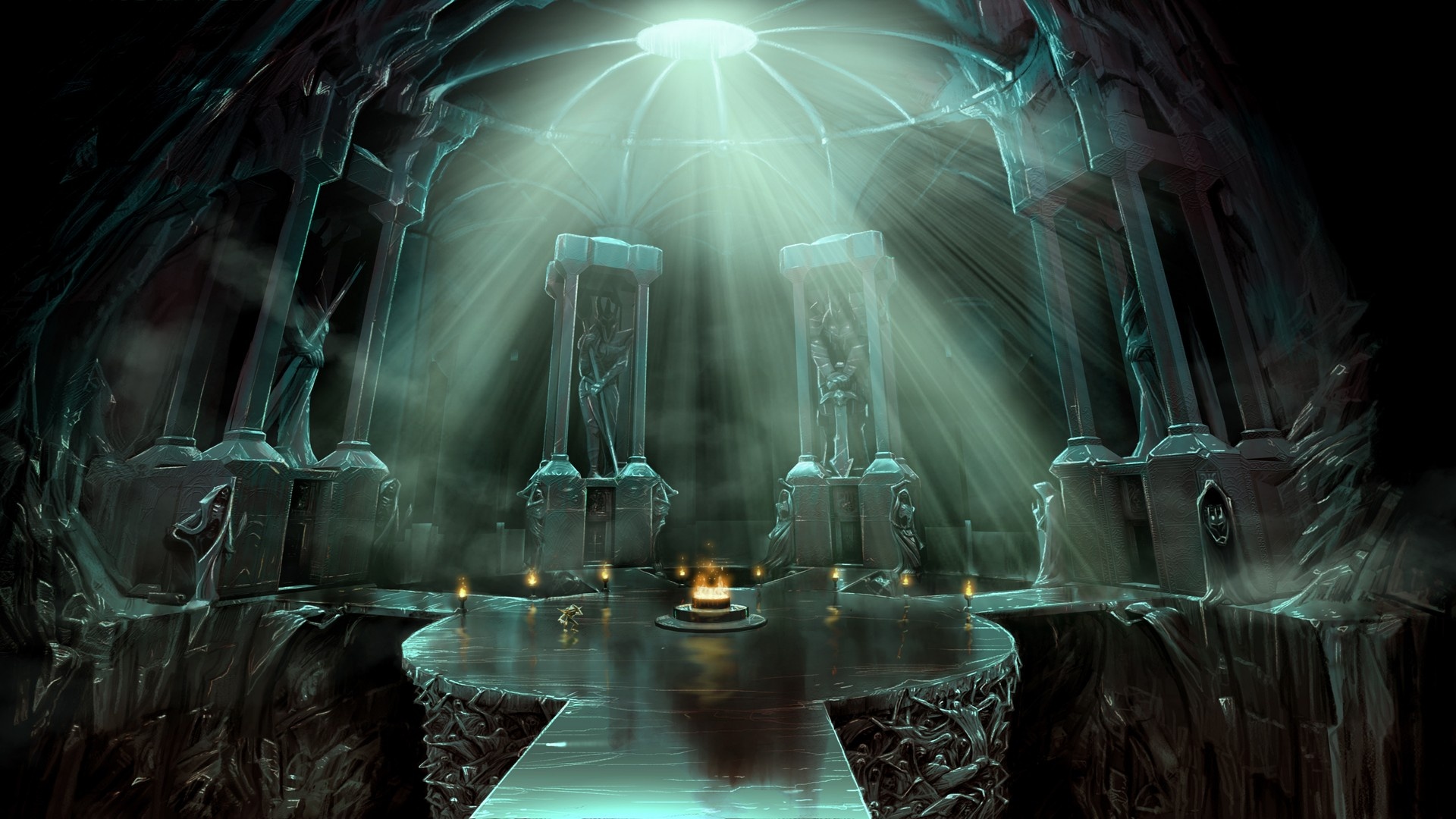 The New, The Odd, and The Old

I have been keeping up with new dungeon synth for about a year and half. By keeping up I mean have gone through pretty much every release that arrives on Bandcamp and pull the ones I enjoy or want to highlight. Recently, I have been separating new artists that I have already highlighted. Dungeon synth has a tendency to have artists releasing multiple works over the course of the year. I actually enjoy this aspect of the genre more than others. So if I already talked about someone like Darguun or Sequestered Keep, further albums would be put into this later category. These releases, for me, would be old despite them being new records. The “new” section then would be from artists who are new to me and/or new to the entire style. This cataloging system at least allows me to process through through 20-30 releases each month.

While I said I enjoy listening to multiple releases from the same artist, I to want to keep track of the other artists who maybe new to the party. As for the “Odd” section, this one is dedicated to the periphery genres which float around dungeon synth. I have been finding a lot of dark ambient, experimental, field recordings, and just plain oddballs which sort of fit with this style and maybe too weird to fit anywhere else. I love these as well despite them not being fully dressed for this gathering of ours. I hope others will find this useful since breaking down my searches into three categories, I found 17 new releases to talk about.

There have been a few people going crazy over this record as Рабор seems to be illustrating Slavic folk tales through the wonderful melody of light and orchestral dungeon synth. Aided with bird calls and forest sounds, За Тридевять Земель is a delightful journey into the lush Summer wilderness of Russia. There is also a bear playing a stringed instrument so that right there is already a step in the right direction.

It is true. This demo put out by the Ohio based Chronicles of Jest totals probably 6 minutes all together. The fact that this is labeled a demo makes the whole thing sort of intriguing as the sound and melodies of Chronicles of Jest is whimsical approaching the realm of magical. If Yeoman’s Tale is the road to a longer release of the same sound, I will be more than happy to settle back against a nice study tree and smoke a pipe.

At the time of writing this, Ephemeral Landscapes debut album was released yesterday and by all accounts this is the first release from the artist. I seemed to have gotten here really early. No one else is here to enjoy the moody and calming eeriness of this record. It is sort of nice. Similar to things like Narghaash, there is a stillness in Ephemeral Landscapes which is both classic and contemporary that exudes a chilling sense of quiet.

Utred is another Russian artist who leans more towards the light and magical side of the genre. Unlike Рабор, Utred has a more somber and hypnotic melodies bootstrepedd to the music. Forest is the second release this year and seems to be dedicated to the long lost word of medieval Europe, Eurasia, and lands that no longer exist.

Ents, also known as Onodrim (Tree-host) by the Elves, are a very old race that appeared in Middle Earth at the same time that the elves did. They were apparently created at the behest of Yavanna after she learned of Aulë’s children, the dwarves, knowing that they would want to fell trees. Ents were envisioned as Shepherds of the Huorns, to protect the forests from orcs and other perils.

I am just going to assume that Tree Shepherds are referring to the Ents as all of Edoras (Rohan’s hilled city Capital). Forgive me if I I am wrong. If this is true then, Edoras has done a remarkable job at putting the mediative qualities of this fictional race into an album of patient dungeon synth which emanates magic and slow clam.

Weress is from France and from what I can tell has been operating in the electronic drone / space ambient style for some time. Far Away Planets and Life is the first record, I believe to be tagged in the dungeon synth category which brings Weress to a new audience. The cover for Far Away Planets is very indicative of the music as it is a strong mix of abstract dungeon synth along a glacial landscape of quiet drone. Much like a softer and more melodious Neptune Towers, Weress is given a place at the dungeon synth scene just for the kick ass cover of a knight in space.

Shelter Ov Shadows is closer to dark ambient than most dungeon synth. In fact, the ties to dungeon synth maybe almost invisible aside from the tile. As much as I have loved the light and orchestral side of the genre, the dark and ruminating drone is a great counterpart. Where once life flourished in waterfalls and flower fields, so to does the endless void of nothingness. Annwfyn is the second release for Shelter Ov Shadows which continues the artist’s thesis for long seamless album long tracks of dungeon drone. The fact that Shelter Ov Shadows spaces out its releases and doesn’t have these 35-40 minute single track albums every month allows one to process the void in full.

Eltamin Pegase is not a dungeon synth artist. Maybe not in the traditional sense as we know it. Probally not at all. This contemporary classical composer seems to have briefly traveled into our world with two albums which fit the style of regal sounding court music masked in effects. The other albums from this artist resemble nothing of the sort so za stary królestwa is an odd artifact which seems to have come from another world entirely. It is funny to have visitors that have come from even weirder climates than ours.

I usually use the ending of these articles for the truly weird and odd of the genre. This maybe dungeon synth wandering into the arena of synthwave or horror movie soundtracks. Similar to the Maniac soundtrack, Cimitir constructs landscapes of cool horror marked by Carpetner’s arrangements and a feeling of exciting dread. Play this at your Halloween party, Thanksgiving parade, or all year around because death never stops for holidays.

Sort of Domocles comes from the idiom the Sword of Damocles”, an allusion to the imminent and ever-present peril faced by those in positions of power. Sort of Damocles is a personal and weirdo project which feels more personal and artsy than pretty much anything I have heard. Sometimes artists use styles as tools rather than destinations and the moody organ music of Sort of Damocles combined with the off kilter and fractured titles make this feel like a cross between an album and and surreal poetry.

Falx is…well…if you have hung around the Dungeon Synth Facebook group, you know who Falx is which is a pseudonym for another artist who goes by another moniker. Dungeon synth is full of personalties and Falx seems to be a Halloween synth project dedicated to horror and all things entertaining. Similar to a romp through a haunted house, Falx knows its audience and they are all screaming with glee.

I interviewed Lord Lovidicus last year regarding his most recent work Volume I which was dedicated to Tolkien’s Silmarillion. Volume II seems to be embroiled in obscure latin phrases and traveling towards something else entirely.

I have probably more Elador tapes in my collection than any other artist. This is truly because the artist is fantastic with the split with Medhelan being a personal favorite. A Wander’s Tale is the first full length since 2015’s By the Pathways of Forgotten Legends. All of this material is well worth your time.

I may not have featured Cernunnos Woods in a Dungeon Synth Digest but I certainly talked about the work of this artist as his work extends into the early to mid 90’s with important foundations. Forest Anthology collects, and remasters, the selections from the debut album Awaken The Empire Of Dark Wood ‎as well as assortments from the cassettes Tears Of The Weeping Willow and Lost Wood.

I still have a strong suspicion that this is the same project as Moaning Shadows just cloaked in a robe. Regardless of any dungeon synth conspiracies, In old chambers of Castle Wewelsburg is the fulfillment of the shorter EP of the same name. Where we just got 3 songs before, the time at Castle Wewelsburg is expanded to 13 and its all wonderful.

I will always sing the praises of Darguun and celebrate each release from what I feel is an under appreciated master of gloom. The Mourning Shadows of a Dark Age throws itself back to the early dark ambient side of the genre with a record that delves deep inside dark mines.

The seventh release of 2016 from an artist who I keep up with even after seven releases in a year. I think the amount of releases that are coming from Sequestered Keep is only matched by how much I enjoy each one.