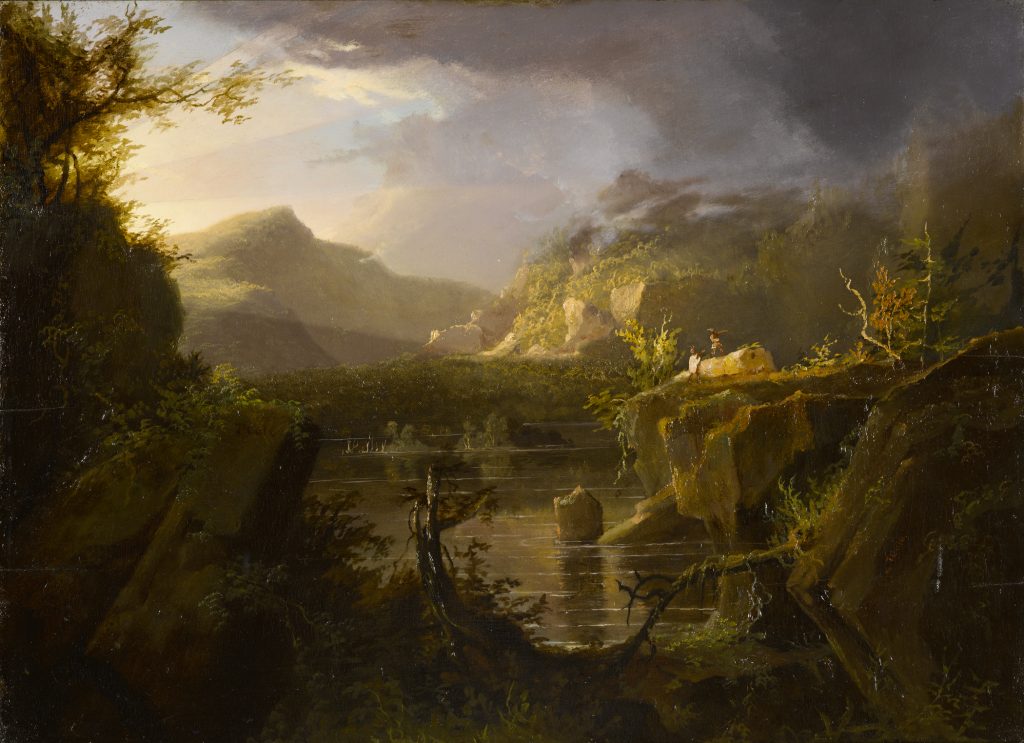 It has been a little bit since I haven written about dungeon synth. I was actually looking back at the DS digests I used to do and for the first time was overcome, once again, with a sense of magic and wonder. Yes, things got weird there for a little bit but this doesn’t mean they have to stay the same. Since things have become weird in other ways and now everyone is filled with uncertainty, I found myself in the position to be home… a lot. Due to this time at home and desire to focus on fantasy landscapes, I decided to slowly get back into the current releases of dungeon synth. I started to buy tapes again and I have begun writing a daily metal/DS review combo over at my Tape Wyrm site. Maybe Ill spend sometime with dungeon synth once again. This article was originally called “This Spring in Dungeon Synth” but looking through the sea of articles that lay between here and the last Dungeon Synth Digest in 2018, I thought it would be okay and continue with Dungeon Synth Digest 37. Hollywood Metal has been supportive of my weird fascinations for many years and they continue to nudge me into the direction of passion and arcane wonder. It is my only hope that you all find as much joy as I do in this music.

Out of anything that I feel I missed during my absence was the 2019 release of Hole Dweller’s Flies the Coop which was a noisy marriage between dungeon synth and 70’s progressive melodies. I imagined I would be smitten with its rustic aesthetic and out of left field presence. Today we are given Returns to Roost, which has a considerably less welcoming album cover but an ultimately more inviting soundscape. With a subtle trade of lo fidelity for more ambitious synth, Hole Dweller solidifies itself as one of the most interesting acts in recent memory and in my case, in longer memory.

Even outside of the subject material, Fogweaver’s second release is a masterpiece of serene dungeon synth that is perfect for any veteran or newcomer to the genre. With that said, the addition of the entire release centered around the third book in the Earthsea series by Ursula K. Le Guin gives Spellwind an edge into greatness. To add to this, Fogweaver employs a stunning visual component for the album art. It is not surprising to see the cassettes still on preorder already sold out. Fogweaver was slated to preform at the Northeast Dungeon Siege festival, but cancelled due to the pandemic. One can only imagine what a live show would be like. Perhaps lots of wind.

The Erreth-Akbe release is also being bundled with Quin of the North’s True Might and Amethyst Dagger’s Silent Tides as they were apart of the Spring Batch from Faberglade Records. All three of these tapes came to me and have provided a sense of calm and serenity since receiving them. I have been casually talking to the person behind Faberglade since I love to share my enthusiasm for serialized projects. The Spring series has only led me to wonder what will be in the Summer, Fall and finally winter series. I feel that I was lucky enough to stumble upon this magical glade in the woods and tried to tell everyone where to find me.

The Emerald Grotto was a fantastic album but more importantly was a passage into the world of Mystic Timbre — a hodgepodge electronic music label based in the US but with artists from all over the world. The serene forest ambience of Alloch Nathir is part and parcel to a label dedicated to the medications of nature through many lenses. For this discussion we will be embracing the clairvoyance of dungeon synth as surrounded by the specters of ambiance. If the well sewn melodies were not enough, the whole of The Emerald Grotto comes into focus with the addition of babbling brooks and bird calls. While adding ambiance to a dungeon synth record is not new, Alloch Nathir seems to have make the combination not only feel refreshing but also nearing the level of craft.

This is a good release to end my traditional section as it is one of the best records I have heard this year and is one of the more off putting album covers. This is a small criticism to a record that would be fitting to anything other than jarring black and white designs. I believe I mentioned before this record fooled me as a depressive black metal record or post metal release but I was surprised when it was a bedroom masterpiece that was edging towards majesty. Umbria sweeps down from tall trees with a record that is both courtly and surreal with landscapes that are befitting dreams and fantasies.

when I used to write DS Digests, I always save the weird for last. I felt that the subgenre for as many styles as it had could be divided into the expected and the strange. The expected ranged from anything traditional to magical to a sound that played into the aesthetic of dungeon synth. The strange used dungeon synth as a starting point or even a vehicle to get somewhere else. Whether that other place was an adjacent style or just somewhere far off, these were the weirdos in an already weird style.

Goblin Priest plays to a style. That style is lo bit CRPG music with an aesthetic that is befitting of its music. the Bandcamp page even playfully dresses up the release like a 90’s video game with lines like “This module is an official scenario in the ADVANCED MANTICORES AND MAZES fantasy roleplaying series, including specially designed locations and artifacts not available in any other recording. Compatible with the DANK REGIME worldbuilding kit and all other GOBLIN PRIEST branded merchandise.” This sort of whimsical dedication makes Goblin Priest nothing short of delightful and even wonderful.

Bespin Moons was odd visually since the whole affair looked like a cheap synthwave retro love affair. Upon listening to this release however, the sublte / not so subtle Star Wars motifs began shaping a record that was enjoyable and even mesmerizing. Situated on the lo-fi side of the genre, Bespin Moons not only pays tribute to the original trilogy and its associated toy line, but also the nostalgia of yesteryear with a hypnogogic trance that is all consuming.

The more I listen to Slime Golem and the more i recommend Slime Golem to friends, the more I enjoy it. what is there not to enjoy with a record that combines bedroom Carpenter esque sondtracks with horror laden dungeon synth? Perhaps the most enjoyable aspect of Slime Golem though is the absolute cheeky and irreverant attitude when it comes to making music. This is a record made for fun and does not come with any of the illustrious motifs rather just fun schlock perfect for midnight movies.

Dungeon synth is not that far from the atmospheres of space. Since Neptune Towers, the genre of dark ambient has been directed towards the dungeon or the vastness of space. Space can be cold, desolate, and sprinkled with majesty. These are the landscapes which Delmak-O travels and Cerulean Tomb is an exploration into loneliness within a sea of darkness illuminated only by distant bodies of heaven.

Going to be real honest in saying I listened to this record for the cover. What an absolutely bizarre and wonderful combination of 70’s occult motifs. Going to be real honest in saying I stayed with Temple of the Fractured Light for the same reasons I enjoyed the cover so much. Rainbow Rituals of the Spiritual Sojourner is a dark record centered around the death cults of the 70’s, 80’s and 90’s. It is not wired in the same way other escapist dungeon synth records are programmed. This record has a sharp edge including soundclips from Jonestown. It is not something you fall into without a care in the world rather something that lives on the edge of strangeness.