UNLEASHED – Dawn of the Nine 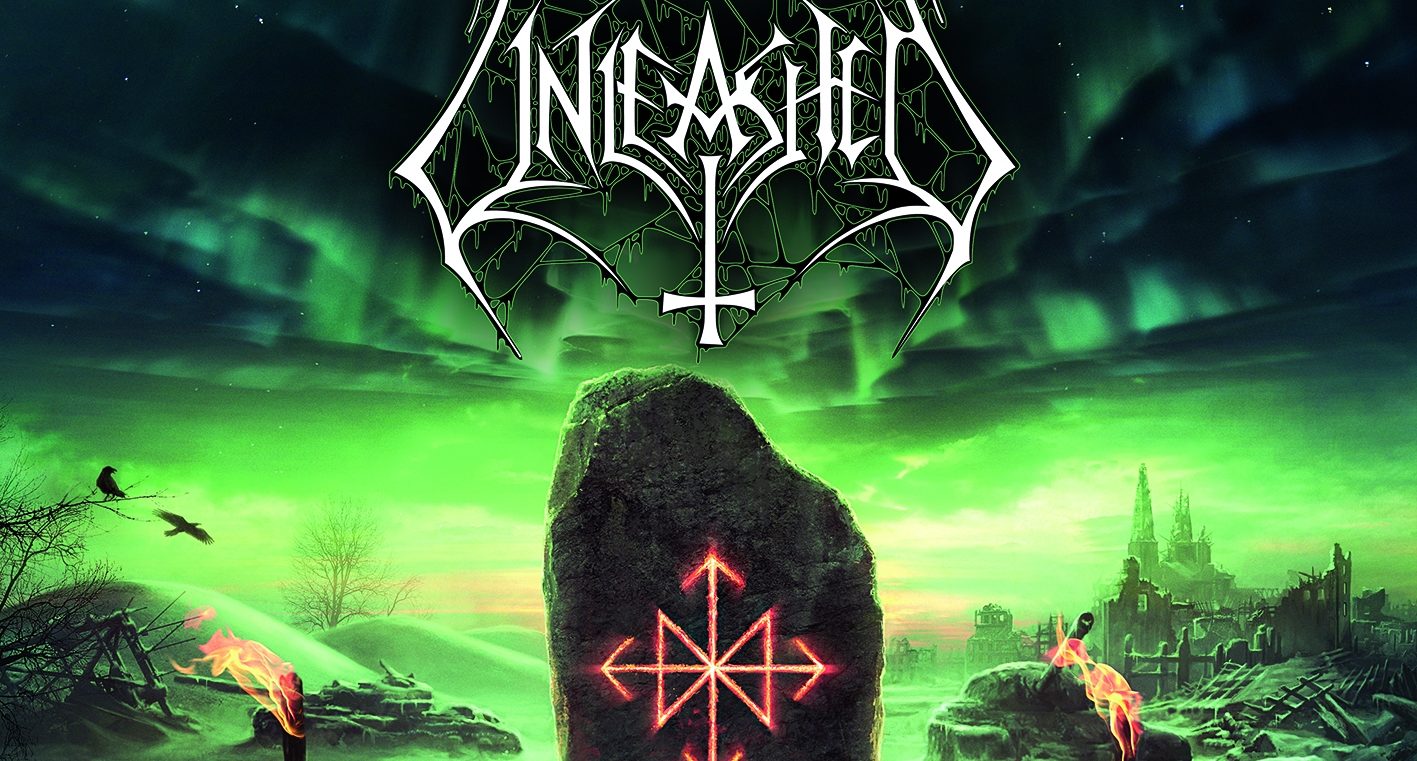 Upon starting up the opening track, I was immediately assaulted by familiarity. I don’t know where, or how, but I was overtaken by the sense that I’d heard this before. A run through of the usual suspects, from Candlemass to Testament, offered no answers, and further listening didn’t help either. Every now and again, I’d find something I thought would be a perfect match, most notably Judas Priest’s “Battle Hymn” and Testament’s “For the glory of…” but side by side nothing fit. I’ve come to the conclusion that this is the midpoint of Death Metal. The deathiest metalliest possible metal. A rare sample of uniformed ore, from which all other metal is forged.

Consequently, it feels more than a little familiar

Despite its name, dawn of the nine is actually Unleashed’s 12th album, and marks the 26th year since these Swedish metalheads got together. Immediately you’ll recognise nothing’s changed. It’s got a nice sense of roughness and chaos but, having heard these guys before, everything started feeling a little predictable. Deep dark riffs hit with the mechanical precision of a graphic calculator, and with the same amount of spontaneity and heart. There are variations, of course. “Land of a Thousand Lakes”, for example, has the guitarist take his fingers for a exciting little walk, but before long he’s returned to form as though by a overprotective parent.

It’s rough yes, but not in the way a morningstar is rough, exciting spires and deep pits that work together for gory effect. This is rough in the way sandpaper is rough, wearing on you, wearing anything approaching excitement away until you’re longing for a good macing. There’s a resounding lack of experimentation to the whole thing that does nothing to emulate or even inspire the kind of viking bravery the album is meant to laude. Not bad music, I should qualify, just tame.

In its favor, it’s a fantastically produced album. There’s clearly a lot of talent here and the musicianship is done to a damn high standard. The riffs are effective and well recorded, with a near perfect balance of vocal and guitar. In fact, there are almost no complaints that can be made about the quality of the musicianship, other than the almost dreary predictability of it all. And perhaps what that’s what we should expect from a band as enduring as these guys.

For some, my complaints won’t matter. And if you your biggest problem with Unleashed is simply that there wasn’t enough of it, then this’ll scratch that itch perfectly. But I can’t shape the feeling that I’ve heard this before.