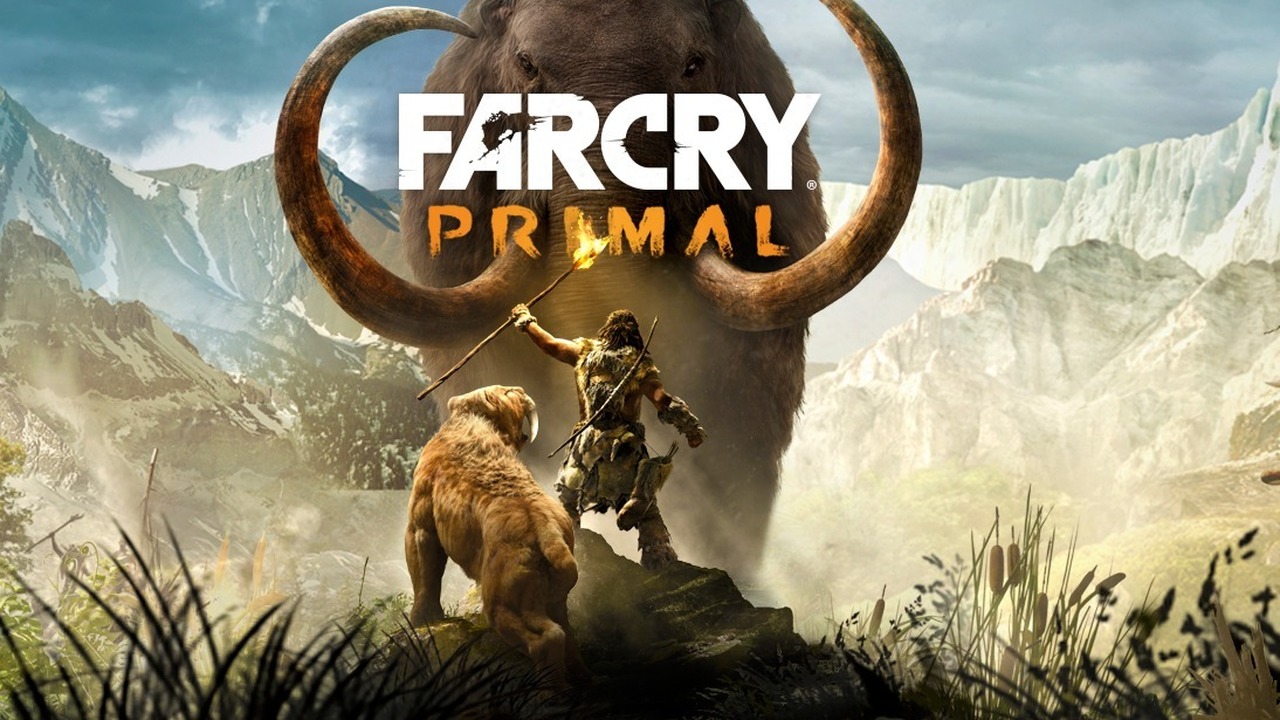 Far Cry Primal is the latest Ubisoft sandbox. It’s getting to be a genre of its own. You know the Ubisoft sandbox? A sprawling (often boring) map crammed with carefully signposted secrets, boring and repetitive optional missions and towers to climb and fill out the map. There’s also usually a plot too, but aside from one interesting baddie it’s generally entirely dross, a sorry and contrived excuse to have you explore the map and earn your tools. The thing the first person ones do best is gunplay, which is usually fast and tense, relying on stealth to start and a machine gun to finish. Far Cry Primal makes the odd choice of removing gunplay entirely, and suffers for it.

The combat left behind doesn’t really suit itself either, as they’ve chosen to strip all the interesting weapons out without opting for the kind of complete re-design that should warrant, leaving a game built in a fps engine with only the bow as a reminder of its once proud lineage. In an attempt to make up for this shortfall all weapons are throwable, but hurling one of your two clubs at a foe isn’t something you’ll consider once you realise just how expensive and breakable they are. Chucking a hatchet into the face of a screaming beast will make you feel like Rambo, but having your last one shatter when you’re half way through beating a bear to death will have you stare at the useless stump like Mr Bean. Fucking kids and their graffiti.

The hunting in Farcry 3 was a welcome addition, but here it’s forced to do all of the work of the upgrade mechanics and sadly it’s no more enjoyble than last time, but stretched unbearably far in service to dragging out the runtime. Far Cry 3 was bearable in that its hunting was optional, but components for bows, clubs and spears need finding, trade not having been invented yet, and improvements are basically mandatory if you don’t want to spend entire fights cowering behind cover while a lion maims your enemies.

The lion in question is called Hugsofun, and his addition is pretty much the entirety of notable additions to the gameplay. I can’t say that there’s no fun to be had in having a rideable sabretooth tiger, but he alone can’t fill the hole that guns, a wing-suit and vehicles left. There’s certainly something brave in such a total re-design of the series, but this feels more like a Blood Dragon style spin off; an idea without the staying power to be worth $60, and since I that’s what they’re charging for it, I’m not so well disposed to as I might have been.

It feels essentially empty. The tutorial levels and outward support structure of an earlier game but without the full fat central plot to tie it all together. Even the usually fabulous villain falls flat, probably because he doesn’t have the same wealth of pop culture to quote from before he threatens to eat your face. It’s a far Cry game, so of course there’s a section where you choke down a fistful of drugs and hang out with magical deer.

It shares all the weakness of the Ubisoft sandbox too, but with the fun run and gun game play replaced with awkward, engine-was-never- mean- for- this, run and grunt. Which isn’t to say that it shares nothing with its siblings. The quality of writing is the same too, in which the actually talented writers go off to write the main antagonist and leave the interns to write everything else which probably wouldn’t be such a bad idea, interns are still young enough that their souls are recognizable before the standard Ubisoft “husking” process, except these are programming interns and, as such, each quest is relayed in the manner of somebody who’s trying to communicate as efficiently as possible and not, you know, a fucking cave person asking a favor from a friend. It’s functional, sure, but it’s joyless and dull as mammoth turds without any of the earthy feel or personality.

There’s also a slightly uncomfortable hint of genocide; Takkar and all his tribe are definitely Homo sapiens, while his enemies the Ull are obviously Homo Erectus and there’s something weird about committing genocide of a proto-human race. I mean, obviously they had to be homo erectus because otherwise they’d have to make a game about killing humans, something that’s never ever been done before, but it’s still a little unnerving, especially because their large pronounced brows make them look like a tribe of cheerful dullards.

It’s passable, and there’s a good chance that simplistic combat and dull writing will be unimportant to some, but there’s a wealth of unexplored potential with the setting that Far Cry Primal totally fails to take advantage of any of it, providing instead a game that manages to both contain rideable sabretooth tigers and be incredibly dull.