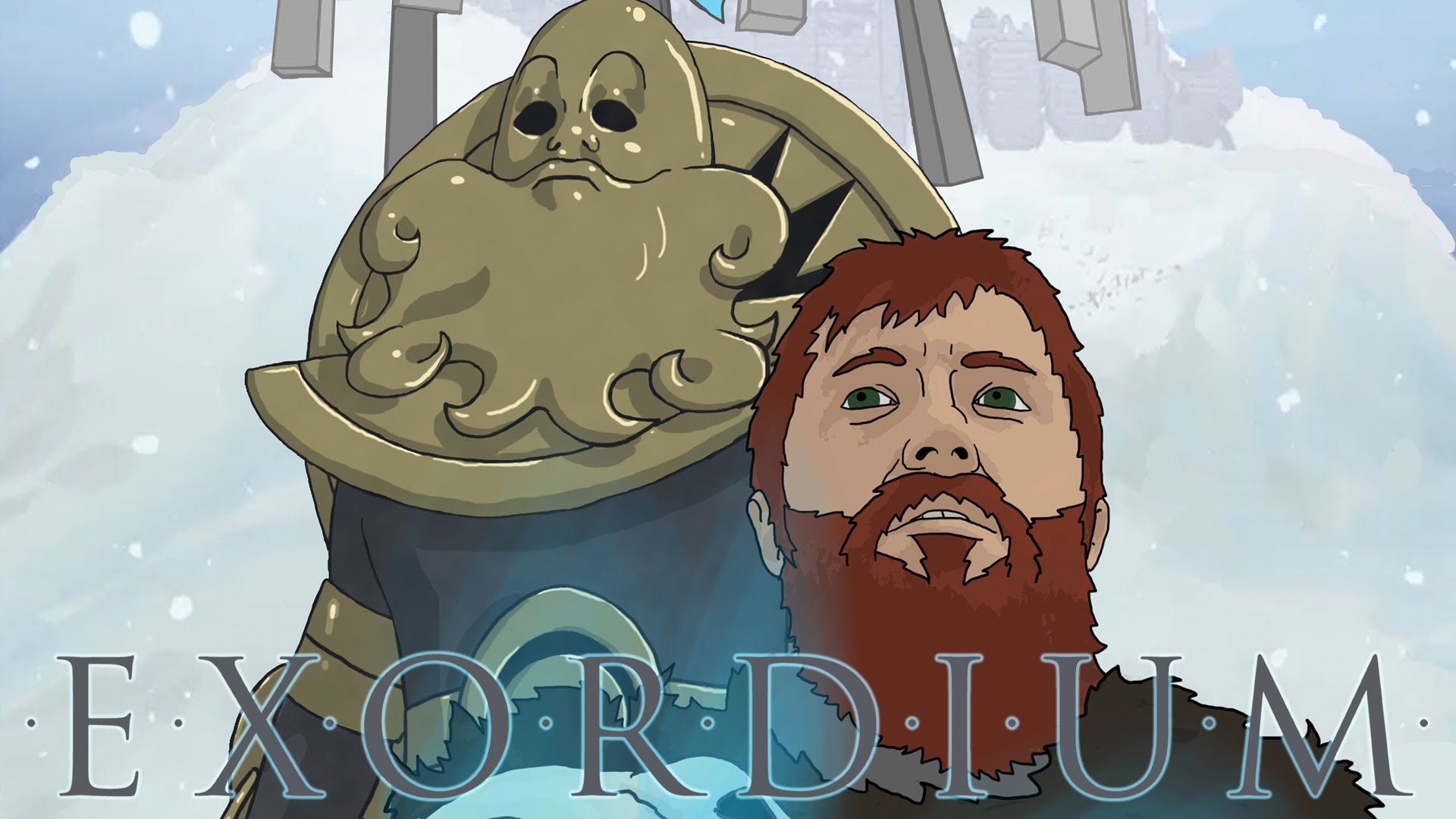 Something our editor, Brendan, became really excited about in the late hours of 2013 was a short animated film by Gorgonaut, entitled Exordium. December is usually a busy time getting things ready for end of the year lists and travelling for the holidays, so Exordium got shelved until now. This is not to say that this brief piece of animation is not worth anyone’s time. In fact, in terms of animation, and perhaps ones interest in fantasy, Exordium may be the best 8 minutes of your day.

Exordium was created by Morgan Galen King in the once popular style of rotoscoped animation. Rotoscoping takes digital footage and draws over it with varying levels of detail, leaving an animated piece that retains hyper realistic motion. Fire and Ice, reviewed here, is a famous example of rotoscoping. Much like Fire and Ice, Exordum pays tribute to fantasy epics by having a small narrative that takes place on a snowy battlefield. Again, this is all worth your time, so do not worry about the microwave going off in the kitchen.

The three warriors in our tale face an insurmountable antagonist dressed in gold armor who speaks in alien tones. The main protagonist overcomes this golden alien warrior in a very gruesome battle of hacking and slashing weapons. In the end, everyone falls except for our now injured protagonist, who has acquired a sword key from the golden warrior. This key gives him passage to an abandoned garden. There, he finds a mystic cache of cosmic flowers growing in the skull of a giant, which brings forth the powers of the universe. Seemingly overtaken by omnipresence, our hero develops more questions than answers and is locked in a sort of existential limbo. This dissatisfaction bids him to take guard as the new golden warrior to either guard the secrets of the universe or wait until the answers are revealed to him. The drama and cyclical nature of existence continues.

This very short and fun animation houses some interesting, yet effective, choices for its creation and personnel. There were few people doing multiple tasks in order to create Exordium. One of the directors also recorded the sound and contributed to the voice cast. The whole production cast is very small but the product near astounding in terms of execution. The use of music is perhaps one of the pieces strongest attributes, with heavy stoner doom music from Ice Dragon as well as the electronic crescnedo in film’s climax. The whole story is worth more than the 8 minutes it takes to play. Exordium shows everyone that a love for fantasy is still strong and can be employed through interesting outlets. Bravo fine sirs, Bravo.