Future Shock: An Interview With Erang 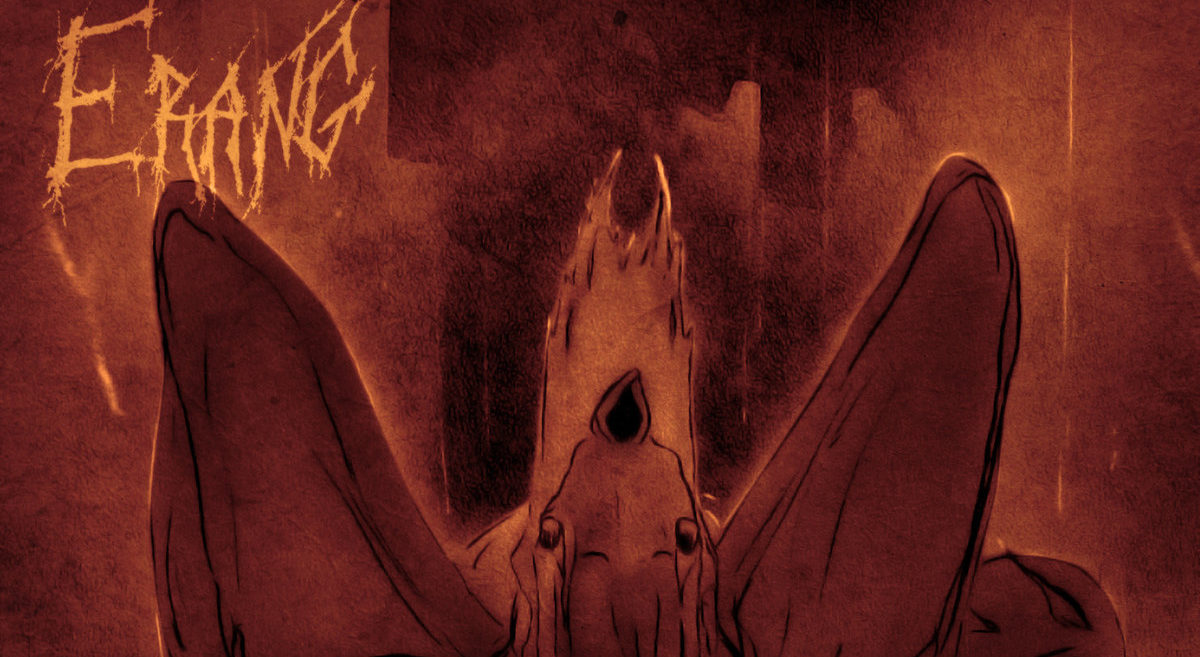 Erang was my first dungeon synth act which lead me into the bigger scene of current musicians. Erang was also the first interview I conducted as a dungeon synth archivist. Because of this I have followed his releases for a little over a year. The release of ANTI FUTURE was enough generate a few questions regarding style and direction. I have always thought of my interviews as my own questions that I wanted answered and am using this site as reason to ask them. Sure there is promotion and exposure which comes along but at the end of the day, I consider myself a fan who has burning questions about the future of fantasy lands.

Synthwave has been a style that has been prominent among listeners for a few years. Kavinsky, Com Truise, Mitch Murder, and Chrome Canyon were all artists who worked in a certain audio/visual palette which reflected a style from general period in time. With the release of the 2011 movie Drive and its soundtrack, synthwave and synthpop marked a rising trend in the interest in an 80’s aesthetic in popular music. Rather than the goofy axiom that marked this decades years prior, synthwave made the conceptions and tropes somehow cool again even if it was buired in levels of irony. The last few years has seen that interest only gain more of a foothold with the emergence of artists like Carpenter Brut, Power Glove, Perturbator, and the soundtrack for the television show Stranger Things.

What is interesting about this style is the collective feeling of aw people feel for it which is either rooted in fantasy, nostalgia, or a mixture of both. Whether a landscape of dark dystopia or a gleeful romp through neon grided highways, synthwave, outrun, Neo 80’s, Retro Electro or whatever terms that is used by a margin, exists to the fascination of many. Erang’s drastic shift from dungeon synth to synthwave was jarring for many. In fact, you can still find conversations about this shift still going on right now. For better or worse, it is a record people are discussing. I caught up with Erang at a dingy coffee shop in some back alley shop on the lower quadrant of the city. Between the flickering lights and the creaks of the auto-attendant, we spoke over clouds of synthetic smoke about the future of his fantasy lands.

What does synthwave mean to you. Is it a style you are aware of and actively listen to or is this sound just something you arrived to out of nostalgia?

I know the “synthwave revival” almost since the beginning, mainly because of the french musician Kavinsky and Perturbator, But mainly, I’m a long time listener of movies soundtrack longtime before the term synthwave became something new again. Since 15 yrs old I got on CD’s some works of John Carpenter, the OST of Terminator 2, Bladerunner, etc.

How was the process of creating Anti Future compared to the previous dungeon synth records. Was the change of pace freeing for the creative process?

Definitely. After all my Dungeon Synth/Medieval Fantasy albums, I needed something fresh. In fact, when I’ve started to work on a new album I was previously thinking about something in the vein of Summoning, Caladran Brood, etc. I’m a big time fan of Summoning and I want to make something in their style for a long time now. But while I was starting to work on that direction I’ve stumbled by chance on the new record of John Carpenter Lost Themes II. I recommended it to everyone and I instantly fell in love with it which inspired ANTIFUTURE.

2016 saw many different albums from you. Before Anti Future was Our Dreams Are Made of Dragons which threw back to the hazy sound of your early records. Is Anti Future just another experiment that you are going through or is this the start of a new avenue?

Our Dreams Are Made of Dragons was really to me the end of a big cycle. if you look at the music and the cover art carefully it really makes a loop with my first album Tome I: same black & white cover, dragon on it, etc. Same thing with the sound. I’ve even used, on purpose, the same set of virtual instruments from Tome I on Our Dreams Are Made of Dragons. So, for now, I needed something fresh and right now it’s this kind of synthwave (even if it’s not really pure synthwave because it has a lot more cinematic feeling than classic synthwave and way less drum beats)… But really, I don’t know what I’ll do with my next album. Everything’s possible now and I really like the path of some bands like ULVER who managed to make their own artistic way without thinking about the consequences. So maybe the next one will be synthwave again… or maybe I’ll finally make my Summoning album.

Recently the Strange things soundtrack has brought a wider audience into this sound along with The Far Cry Soundtrack and short films like Kung Fury. How did these mesh with your interest?

I found Kung Fury fun but nothing more and I didn’t heard of the Far Cry soundtrack before I talked about my upcoming album on Facebook and that one of my followers sent me a link about it. Concerning Stranger Things I’ve watched the show and enjoyed it, mainly because of the casting which is perfect. However the story is a bit thin in my opinion and sometimes in the show, the border between hommage to the 80’s and pure copy/paste from other movies is also thin… but I enjoyed it anyway and, of course, I really liked the soundtrack. It gave me confidence to keep up on this new style but my sole influence remain John Carpenter. In fact, I wanted to make an album in this vein after Tome III in 2013. Initially, Tome IV was supposed to be an electro space synth album and one of the first track I made for it was “Within the Land of Imagination I Am The Only God” which is not medieval at all. Then, on the same album, I also made “The Last March of the Stone Giant” track which wasn’t medieval but for some reason I didn’t realized a full electro space synthwave album… and now with ANTI FUTURE it’s fixed.

For someone who is interested in the lore and mythology of your universe is Anti Future on a different planet or is it the same kingdom just years in the future. The Tagline for the record says a different world but does that mean a specific world or just an abstract notion of world?

This is a very important question. As I’ve already mentioned in older interviews, my personal lore and mythology is something very important to me. It is so deep to my heart and soul that I couldn’t live without it. It is not just something to illustrate my music: it’s me, simple as that. Yet ironically that’s why I can’t tell to much about it because it’s too personal. I wrote a lot of papers and short stories, etc. that explain things about this lore and I really want to take the time one day to write it down properly and make a short stories collection. And to answer your question, ANTI FUTURE is set in an alternate future of my lore: a very dark and sad future that the characters from the medieval kingdom of Erang could avoid if they make the right choices. Initially I wanted to name this album Our Sad Future (you can compare that to my album We Are The Past)… That’s why it’s an ANTIfuture : it could happen, or it could not. As you can see in some titles, there are links & bridges between those 2 dimensions : “The Drunken Maniac” is a futuristic alternate version of “The Drunken Tyrant,” same goes with the “Copper Giant” and the ” Stone Giant,” “The Dark Motel” and “The Dark Dungeon” etc.

In the previous interview you spoke of the fluid nature of the person/place/thing called Erang. Your cover shows a masked man in a leather jacket. Are we to assume that is also Erang just in a different period in space and time? Would Erang be similar to a character like Randall Flagg in the Stephen King universe?

Definitely yes to both your questions. This is the same « masked man » in this alternate sad future version of the kingdom of Erang… and you could find it in other timelines and alternate places as well.

Does time travel exist in your universe and if so would these two worlds (Past/Future) ever meet in some future record.

No, not really… there are bridges and links and these two worlds interact in some ways with each other but we can not speak of time travels like, for instance, in Back to the Future.

Since I usually talk about about games and other media, what are your favorite science fiction films. Lets say your top 3 off of the top of your head.

Well that’s an hard one… I’ll go with Predator, Escape from New York & Dune… but I really would like to add more movies to this list 🙂 such as blade runner, Kubrick’s 2001, Robocop, etc.

What about Science fiction RPGs. Are you familiar with things like Shadowrun or even the wacky universe of Spelljamer from AD&D?

I only know Shadowrun but never played it. I did play Cyberpunk a few times and loved the imagery of it!

Now that this new avenue has been open, what is next for Erang? Can we expect another album from this future time period or more dungeon synth or possibly an option that I have not mentioned?

Everything is always possible when it comes to my art & music so I can’t tell you that right now… I don’t make music to create another cage around me : the everyday real life is enough for that. So when I create something in my world & kingdom, I’m free to make anything I want… because within the land of my imagination, I am the only god!