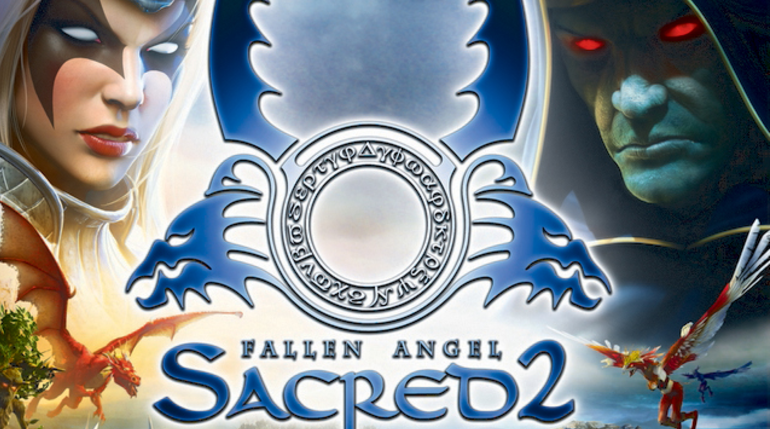 Normally I would review the first game in the series. I didn’t review Two Worlds before its sequel because it sucked. That is not necessarily the case here though. I haven’t played Sacred yet, because Sacred 2 is a prequel. Since its story takes place before the first one, a whopping 2,000 years before, I thought I’d play them in the order the story happens.

When Ancaria was created, the creator put the Seraphim in charge of the world. They did this by being the only people that could use T-energy, the lifeblood of Ancaria and the main power source of civilization. Over time, though, they got bored, and shared their secrets with the High Elves, who used their new knowledge to take over the world. Now there is tension between two factions within the High Elves, the clergy and the nobles, over what they should be using their power for. The other races are taking advantage of the confusion, and are trying to take control of the T-energy themselves. While all of this conflict is going on, no one is paying attention to the T-energy itself. It is leaking across the land, creating monsters and natural disasters until such a time as someone brings it back under control.

And that is where you come in. You get a choice of a nice variety of classes: Seraphim (close-combat and magic hybrid), a race of warrior women who are really the cause of the worlds problems when yo think about it, Shadow Warrior (close-combat), a man who died and has been resurrected, which he isn’t happy about, a High Elf mage, a female student fresh out of the academy, a Dryad (ranged combat and magic), a nature loving woman, a Temple Guardian (ranged combat), an ancient robot someone rebuilt, and the High Elf Inquisitor (close combat and magic), a very angry man for reasons I didn’t play his story enough to find out. I had the Ice and Blood expansion, because it was released for European gamers, but Ascaron went bust before they released it elsewhere, so I got the dragon mage class as well. Once you’ve chosen your class, you then have to choose whether you’ll be a good or evil player. Seraphim can only be good, and Inquisitors can only be evil, but the rest of them are free to choose. Then you pick a god to worship, which provides you with a special ability. Good gods provide generally defensive powers, while evil gods generally provide offensive ones. My personal favourite is the godess of evil’s power, which lets you summon ones of her demons. It is a double edged sword however, because it eventually turns on you if it hasn’t killed enough enemies. My main character didn’t get this power, being a Seraphim, but my dragon mage found out the hard way, as it was chasing me around his starting area when I accidentally summoned it but couldn’t kill it. This is the demon summon before it ripped my head off.

Gameplay is rather simple, point and click. Nothing more can really be said there. There isn’t much to the story either. Depending on whether you’re good or evil, you’re either trying to save the world make things worse. That’s it. The good and evil stories sometimes intersect, you’ll either be defending or attacking a village depending on your alignment, but again, that’s it. You’ll only notice if you can be bothered to put the time in to play through it multiple times. I could not. I could barely be bothered to get through it once. It doesn’t try to keep you playing. Its very much down to the patience of the player and how long it takes before repeated clicks of the mouse finally become boring. The story can be finished in as little as 4 hours, there is an achievement for doing just that on the xbox version. So its down to the side quests to really keep you there. Do they? Again, that’s down to you. Eventually I got bored with them and just focused on the main story. Which also wasn’t really worth it. Blind Guardian as they appear in-game.

The game did give me something worth while though. It introduced me to Blind Guardian. If you look at my profile elsewhere on this website you’ll see that they are my favourite band. More than that, this game gave me my favourite Blind Guardian song, ‘Sacred Worlds’. Somewhere in Ancaria, you’ll receive a quest from Hansi, the lead vocalist, who tells you their tour has been interrupted by undead fans who stole their instruments. The two of you quest around and gather all of the instruments, where Hansi then asks you to come to the final concert, where you are treated to virtual representations of the band performing an early version of ‘Sacred Worlds’ to a mosh pit of consisting of undead, orcs, humans and and stone giant. It is fantastic to watch. While I’m on the topic of music, the game’s soundtrack sounds like a tribute Blind Guardian, and fits really well with the rest of the game. Its one of the only things I’d say was well done in this game.

On the whole, I didn’t really like this game. It started off great, but then the fun was quickly replaced by boredom and an aching finger. There just wasn’t enough to keep me interested. Maybe its better when played with friends, but I wasn’t willing to try it. I’ve had quite enough of this game, but I will remember it fondly for what it’s given me, Blind Guardian.