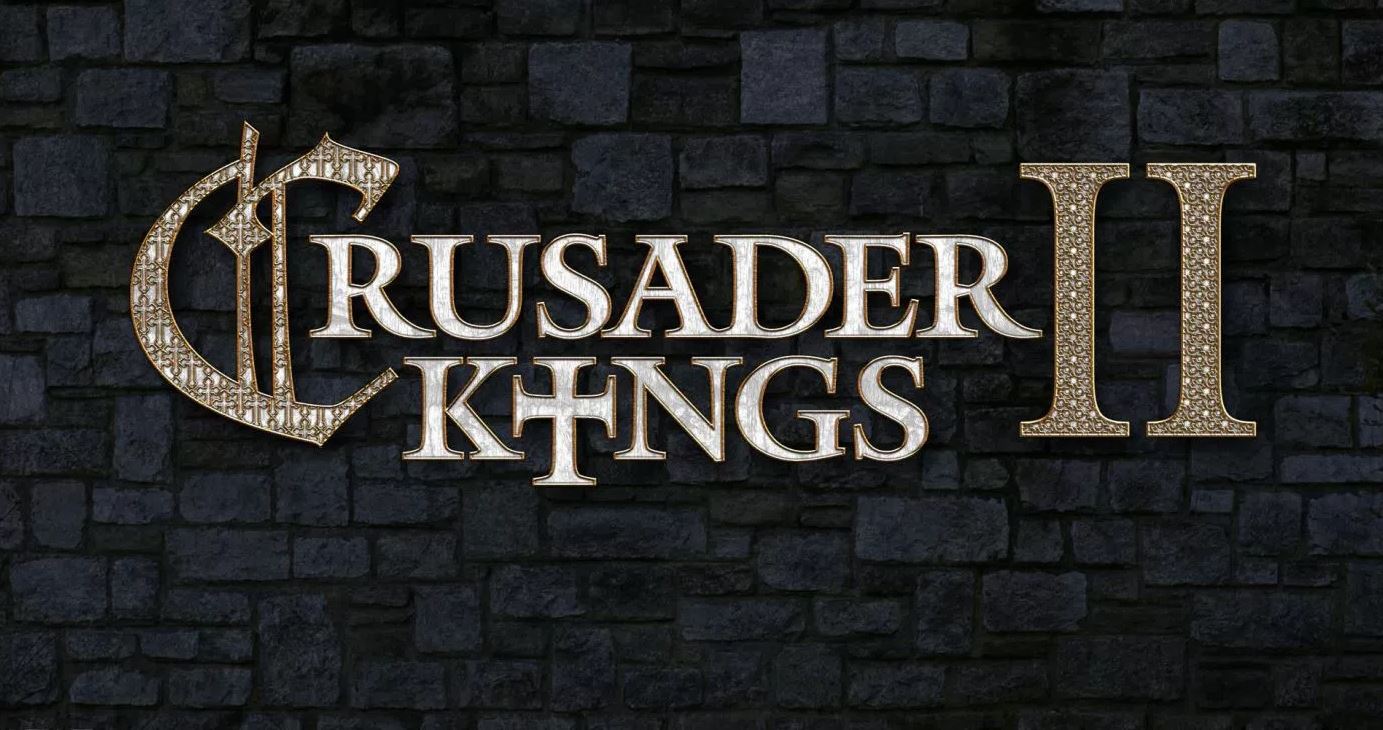 Paradox Interactive have something of a history with medieval games. First came their medieval stabbing simulator, Mount and Blade, and the peasants did rejoice. With their latest offering, however, they seem to be going in quite a different direction. Immediately starting up Crusader kings 2 (once you’ve got past its load times and chanted hymns) you’re greeted by its world map. It’s no surprise then, that the map is perhaps the biggest achievement of this odd strategy title. To call it expansive seems something of an understatement; stretching from Iceland in the top right to Saudi Arabia in the bottom left, it includes more than nine hundred separate provinces. Most of these have a lord, though some more powerful lords rule over a few, and most are collected together into kingdoms. Each of these people, each lord, duke, king and emperor, is a potential player character, and that’s just the opening screen. It’s a big game, is what I’m trying to say.

There’s an impressive scope, too. Starting in the year 1066, you’re presented with three “persons of interest; Harold Godwinson, the similarly named Harald Hardrada (who I momentarily expected to be some kind of many headed beast), and the refreshingly named William the Bastard. Of course, I was immediately tempted by Harald Hardrada; As well as having a name that suggests he’s one of gandalf the grey’s second cousins, he’s also the king of Norway. This makes him something of an attractive proposition. I’m all set to hit the little “start” button when a half-remembered history lesson about arrows and eyes comes back to me, and I’m forced to reconsider. In the end I picking his eldest son. He was a mopey, sad-looking bloke, but I figured that with the right guidance, I might find him a nice wife and a load of energetic ginger kids to take his mind off his dad’s imminent death – though, truth be told, I worried about how he was going to take it.

I needn’t have worried. I’m not a history buff, so I can’t speak as to the accuracy of the simulation, but it reeks of meticulous work in the same way medieval lords just plain reek. Regardless of accuracy though, once you choose a character and set the game in motion, all bets are off. And, as is often the case with things like this, the best way to learn it is through losing a few times. You shouldn’t feel bad when you do inevitably lose though, as this plays unlike any other game of its type. While commonly referred to as a RTS (real-time strategy), there isn’t much of the R or the T in there, what with the ubiquitous pause and fast forward functions making clicks per minute basically irrelevant. The S, on the other hand, is fully present, but hidden under a false mustache and a tinted monocle. It’s strategy, sure, but not as we know it. This is what, for me, makes Crusader Kings 2 interesting. The bulk of the game, most of the strategy you’ll use to gain money, power and, eventually, your own kingdom (assuming you don’t start with one, in which case just substitute “your own” in that last sentence for “somebody else’s”). If you’re looking for a something that lets you stand triumphant on the bodies of your foes while Eric Adams sings sweet hymns about your victory, you’ll want to look elsewhere. This is a game almost entirely about the social and political struggle of being a lord in the eleventh century, and while battles do happen, they’re predictable affairs. There’s little more excitement there than watching your number of troops and morale bars go down. That’s not to say nothing exciting happens, it just means the excitement is usually political. See, even medieval lords knew the value of a good old fake battle (click to expand)

Over the course of my time with the game, I drowned one of my rivals in a moat, organized a coach crash off of a cliff and killed a man in a literal shitsplosion – I’m guessing that when the time comes to compose the epic poem of his life, the bard might forget that detail. And that’s what this game is about, above all else. It’s in the details. Do you marry your son off to some mysterious, raven haired beauty from the Far East, whose talents might make that knuckle-dragging sociopath of yours a little better at diplomacy, or just tie a knot between him and your biggest detractor’s daughter, forming an alliance? The latter, of course, is only advisable if it’s not your brother’s family who’s causing you trouble. Inbreeding causes some pretty severe stat reductions, and you need a good bunch of spawn if you hope to win. After all, if all goes well, you’re going to be playing as one of them someday.

Overall, I think that’s one of my favourite things about this particular game. It places you, not at the command of a great general or an invincible warrior, but as the head of a house. It demands you squabble and plot just to survive, not as a tacked on extra as some titles approach it. If you’re looking for excitement and bloodshed, you’re not going to find it here. It’s a story told in little pop-up boxes and sidebar notifications. I’m not if sure the game has any blood anywhere inside it, but it’s got soul.