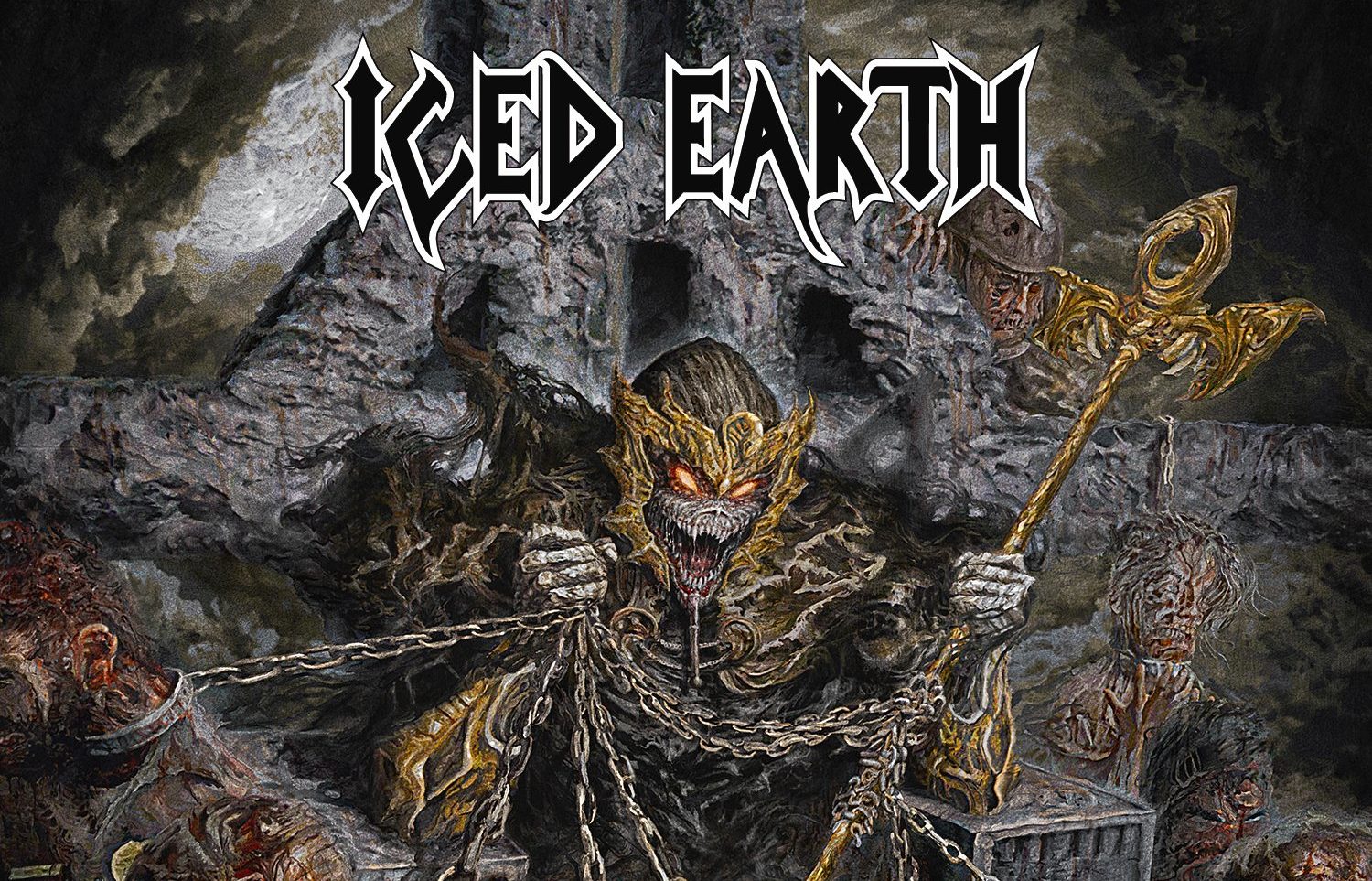 In all honesty, I could do this review without discussing Iced Earth’s history. This is somewhat of a bold statement as the band has steadily been putting out material since the mid 1980’s. Jon Shaffer, who served as the band’s primary songwriter and rhythm guitarist, is now the sole surviving member who has seen, through the decades, a cast of changing musicians. Iced Earth, one of the later entries in the United States Power Metal scene, has seen its sound change slightly through the decades with 4 different vocalists, 7 lead guitarists, 9 bassists, and 10 drummers. If one want’s to think of a new band beginning with each line up change, then Plagues of Babylon, the band’s 11th album, is another restart in the arena of aggressive power metal.

The largest addition to the most recent Iced Earth has been vocalist Stu Block, who lent his talents to the bands previous record Dystopia in 2011. While I have never been a fan of, well, any Iced Earth vocalist, previous singer Matt Barlow seemed to have a broader range, aside from John Greely from Night of the Storm Rider. Stu Block, from the progressive band Into Eternity, fills the role adequately aside from his vocals occasionally traveling through a beer soaked dingy bar. Plagues of Babylon, much like Dystopia, is caught between songs that are surprisingly decent, others that are not that good, and most of them that could have been just a slight bit better.

Before I go any further, I want to state that Plagues of Babylon is a competent metal record. The production is top notch and the instrumentation is near flawless. Troy Seele, who has been with the band for the past few albums, never fails to make his solos interesting. Shaffer’s riffs, while customary, never feel stale or over used. Though Iced Earth is a band full of above average musicians, Plagues of Babylon has a lingering feeling that things are not working to full capacity.

Shaffer has said that Plagues of Babylon is half filled with songs from his “Something Wicked” universe, which was a story that ran through multiple Iced Earth records in the mid 00’s. If I was going to take a guess, I would wager the first half of this record is dedicated to Shaffer’s wild post apocalyptic biblical fantasy and the later half collected “other” songs. Why do I say this? Mainly because my interest plummeted around the midpoint of the record. If I was going to split this record in half, I would have to congratulate the first half for being a cohesive release filled with interesting additions to Shaffer’s silent masterpiece. If I was look at the rest of the album, I would just assume they threw together things they have been working on for a while.

Songs like “Cthulhu” mark the themes of the latter half of Plagues of Babylon. Though dedicated to the Lovecraftian deity, there are references to spells and shape-shifting that I am not entirely sure are a part of the mythos. This very minute criticism speaks to the largest problems of the second half, which is rife with inconsistency and songs about dull subjects or interesting subjects done dully. The album even ends with two covers. One of them is from piano folk artist Jimmy Webb and the other is from Sons of Liberty, which is Shaffer’s side project. The slow finish for Plagues of Babylon begs the question whether this material would have been better suited for a series of EPs rather than one full length album. Right now Plagues of Babylon feels like an EP with 20 extra minutes of “bonus” tracks at the end.

If anything, Iced Earth has grown and survived the jump across digital media and still stands as a traditional metal band, making traditional metal music for a traditional consumer base. Plagues of Babylon was made in between touring and is receiving moderate support from a moderately large label, Century Media. Its overall sound hasn’t changed much from their early records. I say it hasn’t changed much since I feel the world has changed more around them.