INTO THE DUNGEON: Delving into Old School Tabletop RPGs 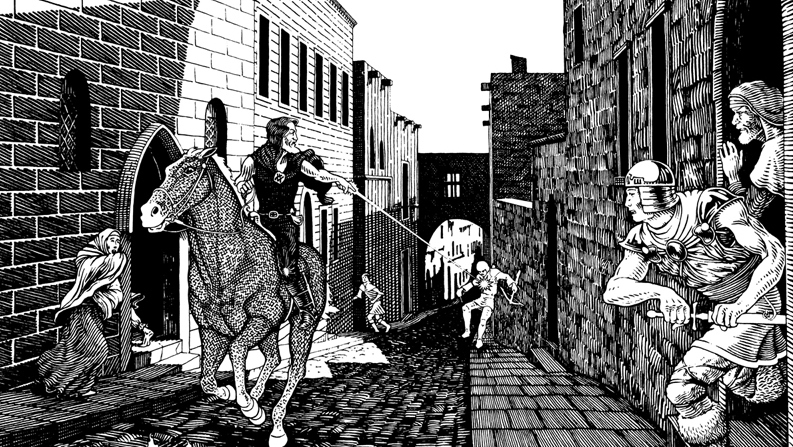 This article acts as my inauguration into the world of tabletop articles and reviews. For the past few years, I have been into playing, running, and modifying systems for a variety of tabletop play. Our editor, Brendan, asked if I wanted to start writing about my experiences. I did not know where to start, so I chose the beginning…sort of.

I am sure you have heard the letters D&D and perhaps even AD&D. These stand for Dungeons and Dragons and Advanced Dungeon and Dragons. What about S&W, C&C, DCC, LL, B/X, OSRIC, or BECMI? Do the terms Lamentation of a Flame Princess, Chainmail, Tunnels and Trolls, Mages and Monsters, or Warrior, Rogue & Mage sound familiar? Chances are if you are reading this you may have already heard or know what some of those are, for those letters and phrases are acronyms tied to not only tabletop gaming but a specific niche in tabletop gaming. Those few letters are portals into a mystical world of Old School Revival or (OSR).

OSR is an umbrella term for the revived, reconstructed, and retro-cloned experiences of mid 70’s to early 80’s fantasy tabletop gaming, with a large emphasis on the Pre 3rd edition of Dungeons and Dragons. These systems offer a re-creation of what people played during those time periods, including the basic classes, races, spells, equipment, and overall gameplay experience. These systems are different from modern and even contemporary RPGs in the fact that the emphasis is on exploration with leveling and modifications after the adventure. These early systems were designed for people to delve through and accomplish tasks by clearing dungeons, exploring caves, reclaiming castles, and setting up a base of operations in towns. OSRs are a step back to the beginnings of tabletop gaming, which stands in contrast to a world of specialized and catered modern RPGs.

Who plays these types of games? Well, a lot of people. Supposedly. According to EN World, which tracks the popularity of various role playing games through online web presence, OSR systems (~160 different systems) comprises 2.56% of the overall percent of RPGs. This sounds odd until one realizes that Dungeons and Dragons (D&D) 5th Edition constitutes 50% and everything else is around 1-2%. Pathfinder, one of the largest derivatives of the 3/3.5 edition of D&D, is at a middling 5%. These numbers continue to reinforce my belief that it is easy to find people who play games, more difficult to find people who play RPGs, and almost impossible to find someone else who will sit down with you and figure out a super grindy throwback. Surely though, there must be some people who would play these games.

Let us forget the contemporary world of RPGs, which has numerous settings, game experiences, and storytelling aspects, and focus on D&D. If one has played later editions of D&D (3-5), or any of its 3.5 derivatives like Pathfinder, there are an assortment of options, supplements, and, at times, unnecessary gimmicks that are intended to aid in the role playing experience. OSR, at least from my perspective, preserves the barebones roleplaying experience where it is just you, a dungeon, and a few other woefully under prepared adventurers. This is why in the larger context of fantasy roleplay, it stands as the classic gauntlet to the new dynamic systems. It is easy to envision these nostalgic systems as popular for people who want to recreate a time when RPGs were simple, everything was evil, and danger was very real for dungeon delvers.

OSR systems have a basic array of options and center around the classic carousel of adventure classes, including fighter, magic user, cleric, and thief. Many of these systems operate on a dice roll (usually D20) for task resolution and combat and have some sort of extended leveling system. Adventures for the classic systems have more of an exploratory theme, where the party goes out into the wilderness, finds a place, and clears out the dangers that inhabit those dwellings, then return to town. The rulebooks and materials for these systems usually involve the Player’s guide, gamemaster’s guide, and bestiary all in one manageable book. While this sounds simple, OSRs are by no means simple in terms of gameplay. Comparatively to some of the newer systems, which emphasizes storytelling and player engagement, OSRs are perhaps a jump in the deep end with a harsh learning curve for new players. Sure, it is easy to create characters, but the experience of mapping dungeons, living with frequent character death, existence of megadungeons, and the high stress resource management which is the lifeblood of the characters all for the zeal of retro-flavor is far from casual or enjoyable for many people. This leaves OSRs as a basic throwback for experienced gamers or just fetishists for the classic if not cardboard flavor. Who in the world would want to play these games?

What I have found in my brief exploration into these systems is that they are enjoyed both by older gamers who have fond memories of playing the systems from their childhood and newer gamers who, for some reason, find the whole context intriguing. I am of the latter half. The golden age of pen and paper RPGs was happening at a time when I was barely cognizant on what a game was, let alone an RPG. The appeal for me and others like me rest solely on flavor and the recreation of a time period that was never experienced.

My own fascination with OSR gaming is the experience of gaming at a time where imagination was paramount. With the absence of figures, terrain, grids, and books with professional illustrations, OSR systems offer a skeleton frame work, with the players filling in the rest of the story with their imagination and fueled by desire rather than hooks. Because I matured outside of this golden age of RPGs, it is easier for me to fantasize about what gaming was like in the mid 80’s, with 4-8 players in some living room in anywhere USA. Characters were note cards with numbers, battlegrounds existed in the mind, and gameplay was based on repetition. This is the fascination that drove me to read through old manuals from both scans and fourth hand copies.

It would be silly of me to start discussing OSR in theory rather than play, which is why for the 2016 International Tabletop Day I wanted to dive deep within the dungeon of a game using the D&D Basic rules within the Thunder Rift setting. My next article will be on the outcome of this attempt. This will be my first official foray into OSR gaming outside of a few abridged Sword and Sorcery sessions. This could either be the end of my fascination with this type of gaming or the start of an new unhealthy obsession. I will just have to rely on the roll of this d20. 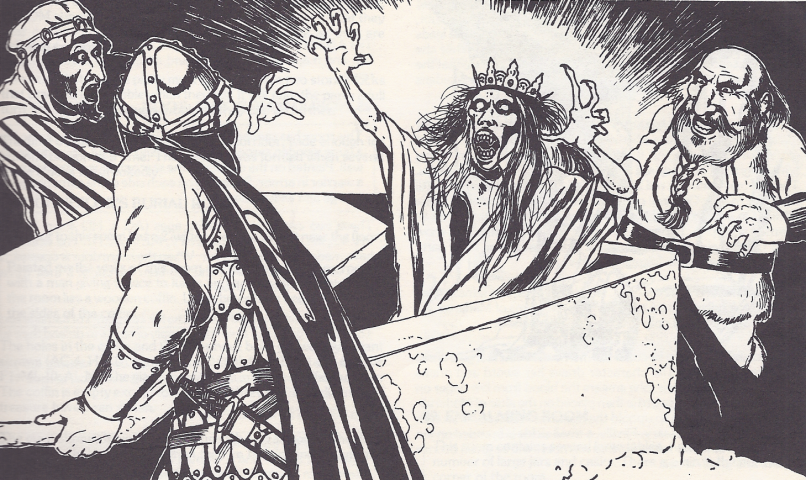