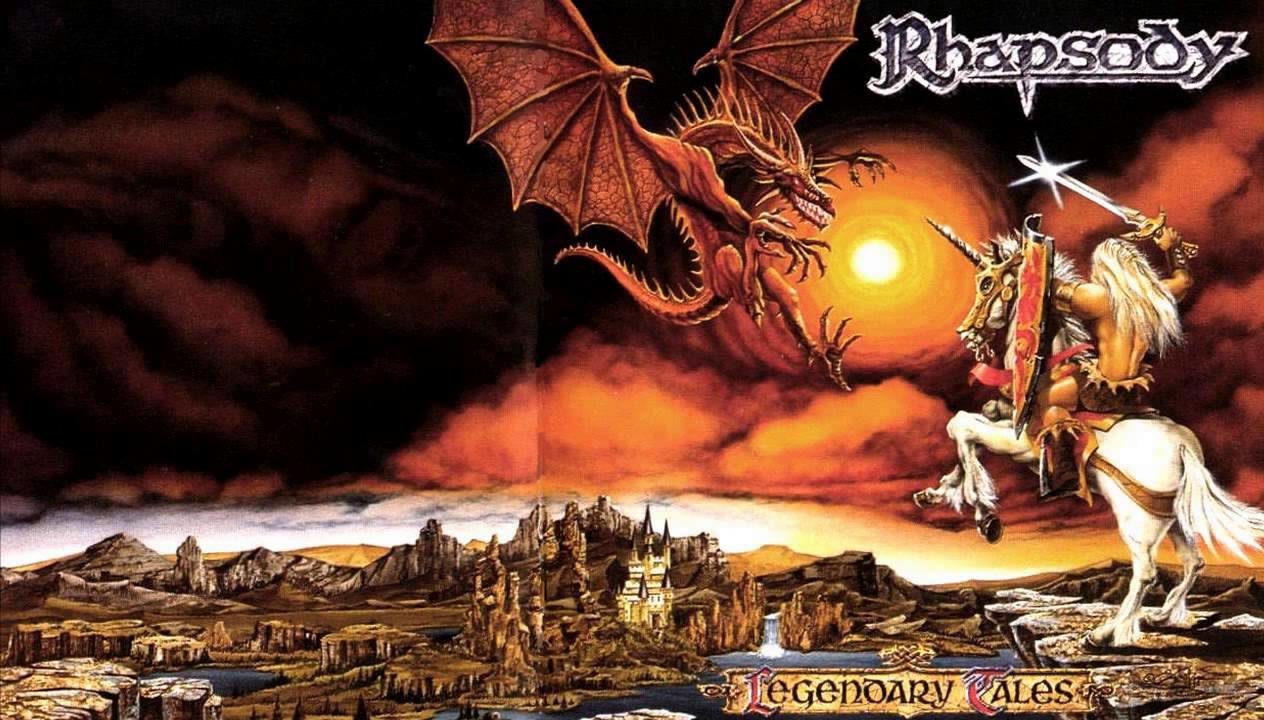 There really isn’t any reason why I should be doing this but here I am. The Italian symphonic power metal band Rhapsody was one of my “first” metal bands. Rhapsody, along with Manowar was my introduction the world of heavy metal which, at the time, lay somewhere between fascination and irony. To be fair, it was mostly irony. Rhapsody’s music was also one of my first introductions into the world of fantasy narration as their records were an ever growing tome of narration depicting the endless fight between good and evil. If you think I am speaking metaphorically, I am not, as this Italian symphonic power metal band has dedicated nine records to a sequential narrative befitting of a rock opera or some sort of musical paperback novel.

Rhapsody of Fire (same band) has recently announced the release of their 12th studio record which will begin their third narrative saga. This comes after two albums where they originally announced they were done with mega-narratives. In 2018, there is also one original member remaining with the primary songwriter gone a few years prior. It is times like these in which one has to pause and reflect over everything that has happened. By all accounts I feel Rhapsody should be retired but this recent announcement has given me pause to wonder what is happening in the Italian world of dragon metal. There really isn’t any reason why I should be doing this but here I am.

According to Wikipedia, Rhapsody was one of the first symphonic metal bands and laid the groundwork for future projects. It is a dubious claim that surprisingly could be true as the genre of symphonic power metal (a genre that combines melodic classical elements but as a distinction to neoclassical) was emerging at the time of Rhapsody’s formation and while the band as Thundercross probably did not pay an influential role in its development, the band’s formation was early enough for note. The first Thundercross demo was finished in 1994 with key members Luca Turilli and Alex Staropoli as founders with Cristiano Adacher on vocals.

The sound of the Thundercross demo showcases the adoration for classical elements as atmosphere rather than inits structure. there also exists a grandiose nature in the apprach to the music which is not unlike previous power metal but would eventually become a hallmark for what would be referred to as European power metal (EUPM). A year later, the band renamed themselves Rhapsody and released a second demo after accepting a contract from Limb music. There are actually four songs on this demo but they would all end up on the second demo recorded as Rhapsody.

This second demo is important for the development of the band as almost the entire contents were rerecorded for later albums. With the exception of “Tears At Nightfall,” every song from the Eternal Glory demo made it on either Legendary Tales (1997) or Symphony of Enchanted Lands (1998). Additionally the band’s arrangement with a larger label allowed their production to meet the expectations set by the band’s music. The iconic baroque style keyboards which fluttered throughout the music can fully be heard on this second demo. Though the band would enter one more lineup change before reaching their first narrative cycle, the start of Rhapsody can be seen to start at these two demos. What would follow is multiple decades of wonderful and charming music which would run the gamut of emotion and reception. In addition the band would endure the real life battles of lineup changes, copyright lawsuits, and an enduring dedication to fantasy.