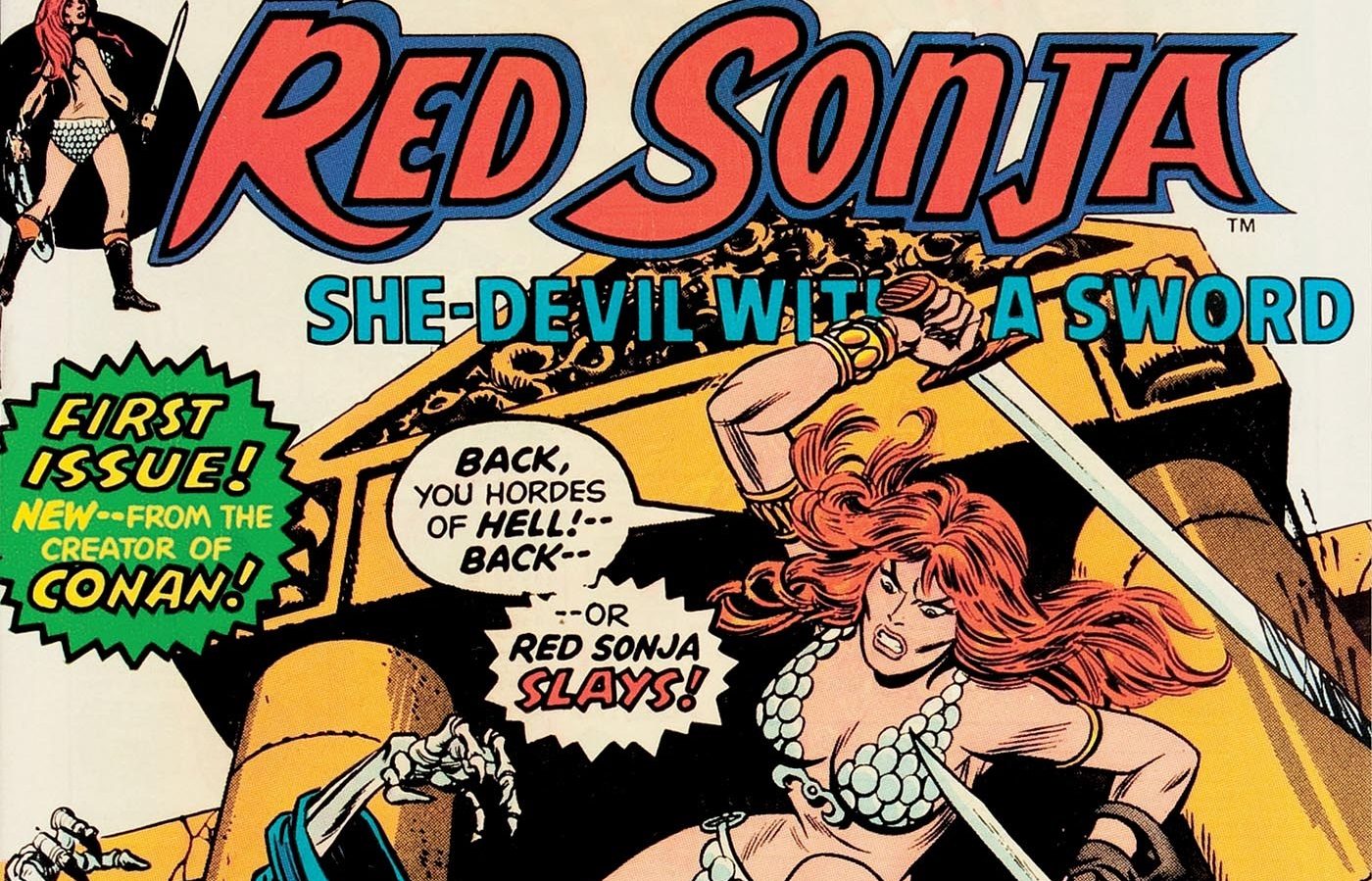 Well, it looks like we are going to get into some really nerdy territory, which is actually alright for this type of review. In going through some of the highlights, gems, and forgotten garbage that makes up a basement of fantasy related comics, I have found a genre that interests me despite its quality. Vintage fantasy and sci-fi related material is endearing and comforting despite its quality, and is even sometimes better when hacky and rushed. This may be a terrible way to introduce Red Sonja, but if we are discussing a counterpart to Conan, whose history is already mired in a less than stellar reputation, I can not foresee this going any better. Conan had at least a steady comic run.

Red Sonja, as a character, was created by Robert E Howard and published in 1934 via the short story The Shadow of the Vulture. In the original story she was a pistol wielding Renaissance dressed heroine. Red Sonja, as a comic book character, would come near 50 years later at the hands of Roy Thomas and Barry Smith, who have already been mentioned as the leads on the Marvel Conan series as well as the Savage Sword spin off. Red Sonja was created in the success of Conan and was given a comic run after a few appearances in connected titles and surprisingly unrelated appearances with Spiderman. The solo waves of Red Sonja (1979-1983) would fizzle by the mid 1980’s only to be revived a few times later. Red Sonja’s backstory would eventually become more rounded and defined with contemporary reboots. The sexual violence and supernatural elements would soon give way to a stronger, less generic character, but for now, in 1975, we are given a fierce sword wielding barbarian female Conan who, like her counterpart, is wearing a chain-mail bikini.

So this was odd considerering how in maybe an issue previous, Sonja stated her vow of never letting a man touch her lest he defeat her in combat. I guess peg leg gets to get a pass?

The consistency of Red Sonja through her 7 issue solo debut is uneven. The first issue sees two stories (The Temple of Abomination / Red Sonja) with the First story being an adaptation of a Robert E Howard fragment similar to many Conan narratives. This story sees Red Sonja entering into a evil temple for riches and spoils only to be attacked by Satyrs. The second story sees Red Sonja tricked by a king into retrieving an heirloom, only to find herself enslaved in his harem. In both instances, Red Sonja takes to freeing herself by her fists. To be quite honest, most of the stories of Red Sonja are of her half stumbling into danger and her exciting, half stumbling through fighting. The only one that breaks this is the later two part episode Blood of the Hunter and Balek Lives!

I find it important to focus on these two issues, Blood of the Hunter and Balek Lives!, because, for a moment, a full narrative is conceived and completed. Red Sonja steels a key from a brigand only to find herself embroiled in a quest for dominance involving a magical robot named Balek. Balek was created by the sorcerer Lemrac to trick King Thelok into fantastic distractions while his rival, King Milos, takes over his palace. This is all told in flashback while Sonja is brought closer and closer to battling the robot who lay idle for ages. The robot is incredibly powerful, save for the golden key that somehow turns it off. Sonja eventually overcomes adversity and takes the key to smelt it down to a bracelet. Even though that whole thing was sort of silly, the two part narrative was decent and well paced. This is in contrast to the other stories, which feel like they are being pushed through a meat grinder of half baked stories. I do not want to disparage Red Sonja that much as this run is perhaps the most classic vehicle for the character. Issue 2 saw the introduction of Frank Thorne, known as the artist who shaped the look of Red Sonja. Bruce Jones would also write the stories for the middle of the 7 issue run and, for the most part, this series has everything that would make any lover of fantasy delight. With all of this said, things like the story Eyes of the Gorgon, which sees Red Sonja involved in a Scooby Doo mystery involving a disabled ogre and a Gorgon mask is just silly and boring.

The series closes with a redeeming final narrative that includes a not only predictable crossover with Conan but also Pirate Queen Belit as well as Karanthes, both who appeared throughout the early 70’s run of Conan. The story involves the acquisition of a book that is also desired by Conan, but the development of Red Sonja within the universe of Hyboria shines so much more when other characters are allowed to enter the narrative. With most of the previous narratives, Red Sonja felt marooned on a fictional island but with the addition of a full, albeit Conan narrative, the character can finally be a useful part of a shared universe.

I mentioned to my wife when starting that I was going to review Red Sonja. She laughed and wished me a very exasperated bit of luck. I had not been aware of the fragmented history that made up the Red Sonja mythos. The Marvel Feature series would end in 1976 and was rebooted for another 30 issues in the late 70’s. I already mentioned the ill fate for this character, but perhaps the narratives will start to come in their own someday. For now, Red Sonja lives and breathes inconsistency in the sometimes patch-worked skies of the Hyperborian Age. 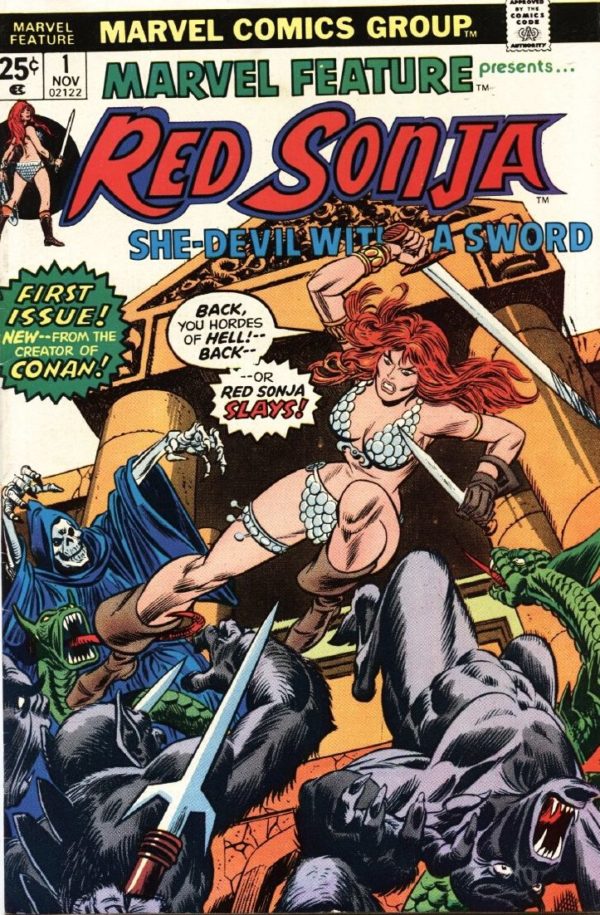