MORDHEIM – City of the Dammned 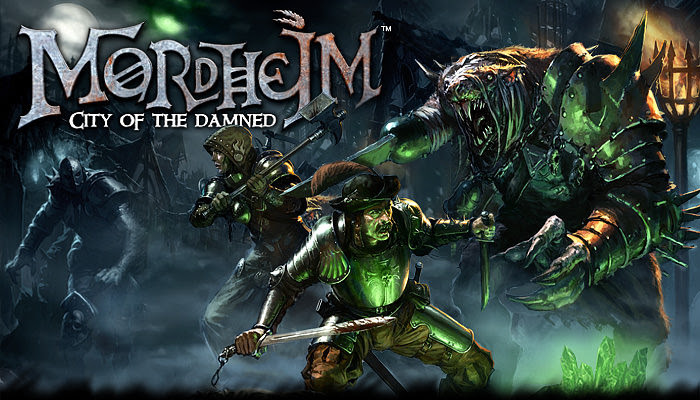 Mordheim is the latest in the seemingly endless parade of Games Workshop tie-ins that the recent Vermintide: End Times was part of, but while that game was an enjoyable tie-in that took full advantage of the setting without feeling held back by it, that’s an exception to the rule. More often than not they seem to be uninspired dross churned out by whichever studio was lucky enough to bump into GW in a bar while it was still on the rebound after the end of Relic studios. Almost all of them (come to think of it) especially the one that was just re-skinned chess.

More promising that that though is Mordheim, a turn-based strategy game based around the tabletop game of the same name. Set in the titular city of Mordheim, it revolves around the skirmish of four main factions; chaos possessed, skaven rat-men, human mercenaries and the sisters of Sigmar, a cult of warrior nuns that maraud the city like a cabal of violent Whoopi Goldbergs. Through various justifications, each group has the same ultimate mission, gather wyrdstone and kill their enemies. Surprisingly, in that order. This warrior surrendered his fact to the chaos gods, for the mighty power of finding coins in the street.

My immediate impression, after a couple of doomed bursts into the world was one of a bastard hard and unyielding strategy game where your only hope for finding enough warpstone was to get lucky. It litters the landscape in small, green clumps which were extremely easy to miss considering how integral collecting the stuff is to the game. And I’m talking “not collecting enough will lose you the game” integral. I couldn’t decide whether this made the game terribly designed, a hardcore experience or both, until I accidentally pressed the middle mouse button and discovered the completely accurate and extremely detailed map, complete with the locations of all the loot, my soldiers and any enemies that were stood within generous sight lines of my troops. With that, much of the difficulty, the lost wandering through an oppressive cityscape and desperate hunting was gone in a moment, taking the experience from a claustrophobic struggle to a simple, easily masterable sprint to the resources you need. Enemies can still surprise you, of course, but they’re dumb as bricks, so that’s never too much of a worry. It’s something of a disappointment that much of the early difficulty I was having came down to a particularly unusual button choice.

So, obnoxiously bad design, then.

What Mordheim does well, and thank god, is the sense of permanence and tension. Combat is kept tense and fraught, despite its turn-based nature, by the fact that your soldiers can and will frequently lose eyes, arms, legs and their lives if they get knocked down too hard during a battle. My favourite mightiest warrior was an agile possession victim with one leg and no face; the leg had been hewed from him by the actions of his enemies but his face was taken as a blessing. Not because he was ugly, though he undoubtedly was, but because apparently with his face removed and a mark of the dark gods branded in its place he gained the power of clairvoyance, giving him a supernatural knowledge of where the townspeople stash their valuables. Later, one of his rivals would find themselves blessed with an organic, gnarled axe in place of his arm that continually sweated poison.

Chaos is fair, my arse. Vondvik was only marauding to save up so he could train as a hairdresser, but the gods are cruel.

I can’t say too much for the other factions, it took an age to get as far as I did.

A pretty noticeable problem is the Mordheim, much like the beleaguered city of its namesake, isn’t particularly stable. In my playthough I’ve had multiple glitches, most harmless and purely graphical but some far more serious. At one point I found that an enemy’s close combat area stretched across the whole map, locking each of my warriors in place and allowing them to hit him no matter where they were stood until he died and we were able to move again. Less drastic but more annoyingly, the loading times are absurd no matter your hardware; I played the game from an SSD and still found myself reaching for a book when waiting for a level to begin.

Aside from this though, the gameplay is slow-paced but solid and the attraction of watching a warband grow is undeniable. There’s something satisfying in watching your collection of warriors grow from clumsy goons into heroes, and the constant threat of death or mutilation add some much needed spice that’s totally absent in games where the only two options are victory or death. Having a hero die in XCOM, for instance, is frustrating but forgettable; they’re simply gone, and unless you’ve become attached to them for some reason, you’ll likely forget. In Mordheim that same warrior could return missing an arm and you’ll have to decide if their stats and experience make them worth keeping around.

In short, while the actual combat mechanics themselves are a lacklustre, the management side, the equipping and nurturing and sustaining of your warband is interesting enough to keep you returning to Mordheim’s dank streets, if only to see how it will change your personal pack of merciless goons.