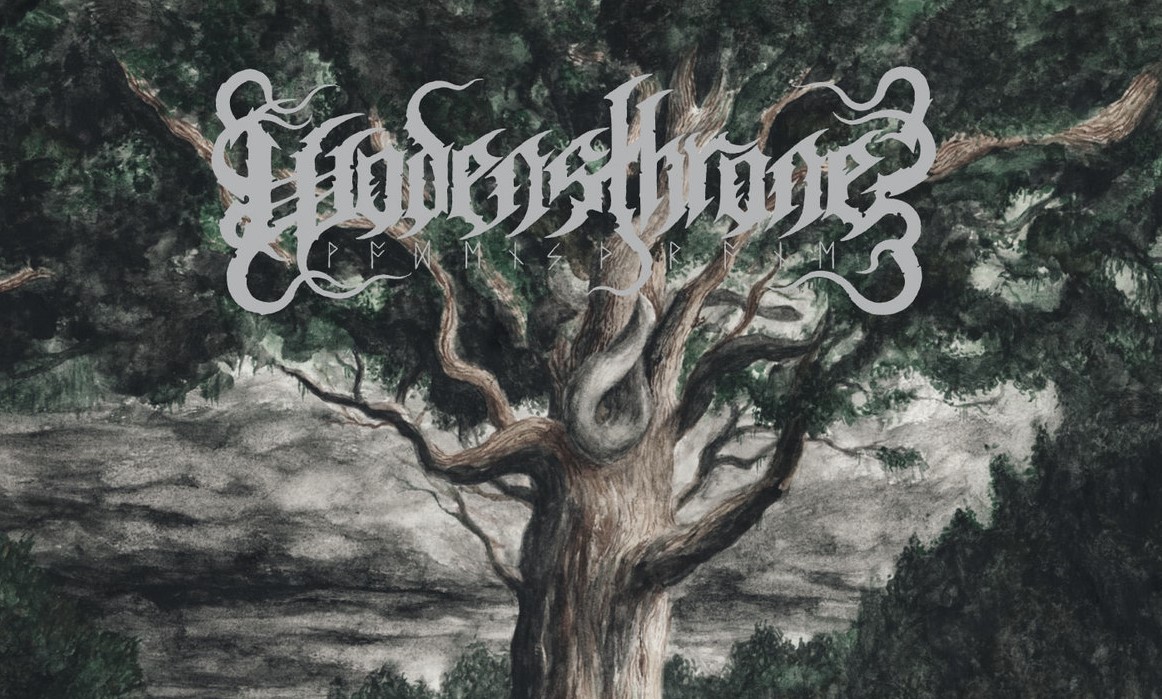 Since Wodensthrone entered the black metal scene in 2009 with their debut LP Loss, fans of atmospheric black metal, folk black metal, and pagan black metal have been hungry for more. Loss was an exceptionally good album, especially for a debut, so it is natural that hype was rather high for their follow-up record. Thankfully enough, this British act have met – if not exceeded – expectations, but not really in the way that many thought. Whereas Loss was notably infused with folk elements, Curse sees the band forsaking many of those moments in favor a much heavier, more abrasive album choked with ripping atmospheric black metal. Being a fan of especially raw and heavy black metal, I was delighted, and very soon it became apparent that Curse rose above its predecessor in nearly every aspect.

The fact that the vocalist who delivered the growls and rasps on Loss departed in 2011 may have something to do with the slight stylistic shift towards heavier grounds, but that does not mean that Wodensthrone have changed their identity. Fans of their epic soundscapes and duly tangible atmospheres will not be disappointed here, with “The Name of the Wind” and “First Light” allowing that almost melodic rhythm to shine through the otherwise hissing ferocity of the album, creating a wonderful contrast that makes the stagnation that permeated some parts of their debut disappear. The vocals now provided by Wildeþrýð and Rædwalh – the band’s two guitarists – easily match, if not exceed, the quality of Brunwulf on the debut.

For the most part, the lineup change has seemed to make the band better. Their longer tracks are more epic and the newly-found attitude of aggression that is present in the tremolo riffing and thunderous production really makes this album one you can sink your teeth into. Things aren’t perfect, however, because several songs on Curse contain a startling sense of déjà vu that detracts from the album’s overall flow. In essence, these tracks are filler, and comparing “Jormungandr” or “The Storm” against the more impressive numbers makes you wonder whether Wodensthrone have an entire album of quality material to deliver to us. What is worth listening to, though, is really remarkable. “First Light” is likely the best song the band has made to date and “The Name of the Wind” is a fitting conclusion with its slower build and eventual crest.

Wodensthrone showed up and delivered with Curse, and for that I am extremely pleased. There has been a rather interesting lack of good atmospheric black metal in this vein in recent years, and the passage that Wodensthrone have taken here is one that satisfies that void very well. It is intense while still retaining an identity of paganism and folk, and is well-produced but still unmistakably harsh black metal. Next to acoustics and chirping birds there are blinding tremolo-picked riffs and crashing drums, and it is a juxtaposition that is proven to be effective given that the band that chose to implement them has the songwriting prowess to execute them well. Even though this is only their second LP, Wodensthrone have proven with Curse that they are one of the forefront bands in the scene today.