OF ORCS AND MEN 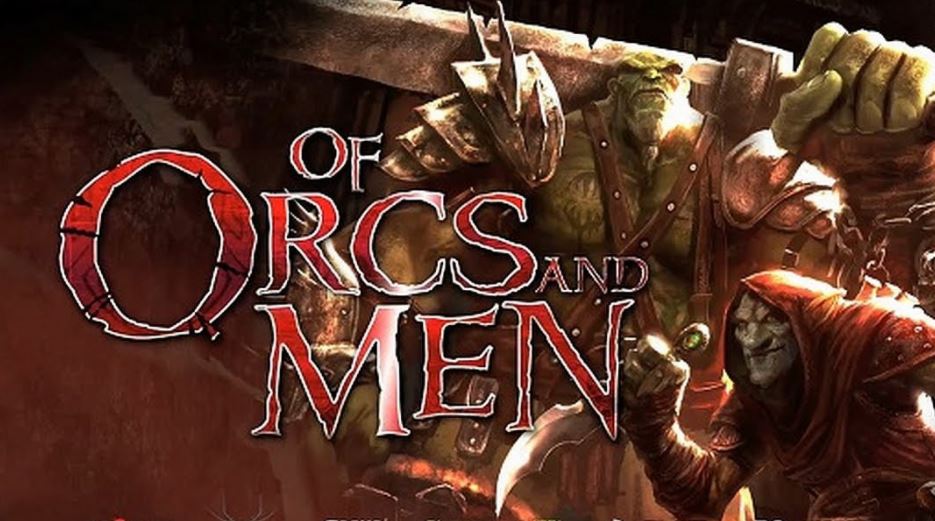 When I first heard of “Of Orcs and Men” I’ll admit I was intrigued. As a bit of a nerd, the idea of an Orcish adaptation of the John Steinbeck novel made me almost indecently happy. I found myself imagining a long and emotional story between two deep and interestingly flawed heroes. Perhaps foolishly, my head was filled with visions of Depression-era Mordor; Grishnakh violently pulling the legs off of a bound prisoner and sharing them with his fellow Orcs, perhaps a bad tempered chief called Gr’lee and, of course, an emotional and cataclysmic finale where our giant berserker friend accidentally murders a brood-mother and is guided gently by his goblin companion to a clearing. There, in a moment guaranteed to leave the audience in unstoppable tears, he is humanely and gently disposed of, hopefully by way of a ballista to the back of the head. Those dreams, alas, were not to be.

As a story, it’s literary aspirations don’t seem to have gotten any further than the title. In terms of similarity to the novel it’s named after, it’s got the huge dumb guy and the little smart weaselly guy, but that seems to be the end of it. This is a less than inspired way to name your new IP, though in some ways it’s an appropriate allusion, what with the grimness of it all. I just think it’s a shame the lead writer hadn’t read some Dickens. I can’t help but feel a little grief at having forever lost the chance to play game called “A Tale of Two Bastards”. It would’ve made reviewing the game a five word exercise, for example. Only the finest posing pouches for the emperors personal guard

“The Orcs of Wrath” is the story of an orc named Arkaill and a goblin called Styx, and their road trip through a troubled fantasy world to kill the emperor of the humans and thus end the persecution of their respective races. It’s a tale as old as time, just with the goodies and the baddies reversed. I have to admit, it’s fun to pilot the giant green rage monster for a change, it’s just a shame that that’s the only real novelty this thing offers. Even the main characters feel more like henchmen that heroes. And with a big dumb one and a little smart one, they’re not exactly looking to break the mold.

The big’n’dumb is build like four brick shit houses piled on top of each other, and the small’n’smart is a inscrutable goblin, the only one of his kind capable of stringing a sentence together. Perhaps he’s overcompensating then, as he single-handedly supplies the wit to this entire game. It’s a good thing that while some of his writing is clunky and confused he’s characterised consistently enough to be likeable. Most of the other characters are cut from common molds like “racist bastard”, “mad bastard” and my personal favourite “mad racist burned bastard”. While both main characters have distinct identities, one of them is the strong silent type, so it’s difficult to feel too attached to him. In fact, when both characters receive their allotment of character development, Styx’s features introspection and an admittedly shallow debate on the meaning of the self. Arkaill’s boils down to stabbing something or not stabbing something. What the Emperor doesn’t realise is that he’s Alan Rickman, and I’m Bruce Willis.

Graphically, it’s a wildly inconsistent beast. Arkaill, for example, looks visually detailed and the art design on him is fantastic, but some of his armour uses blurry, smudgy textures that are guaranteed to kill any fleeting admiration you might have been fostering. The lip-syncing is terrible too, giving the impression that this is a world where you’re required by ancient law and custom to keep an angry wasp in your mouth at all times. Which isn’t to say I hated it.

Fortunately it’s only fourteen hours long, which is just long enough for me to start getting tired of it without pushing me to declare a blood oath of vengeance. It even has it’s moments of greatness, though these are down more to the writing than the game play. It’s a title whose combat really suffered from being tactical. I didn’t pick the game with the fucking huge sword wielding monster on the cover for the thrill of queueing attacks, but that’s down to personal preference. I like hack-n-slashing my way to glory but this game makes bezerking feel like a desk job, and I don’t think I’ll ever get over that. Which still doesn’t mean I hated it. Even when they’re idly discussing how much they want to kill all humans, I found the heroes likeable.

At times it feels almost like a crime drama, and our protagonist’s love of forcing crudely made sharp things into soft pink flesh is made kind of heroic in context. If this game had a moral, it would be “humans are bastards”, which may finally be that literary link I was looking for. “East of Orcen” then, is disappointing. It takes a good look at the typical fantasy RPG adventure, screams a war-cry into it’s face, and then proceeds to copy it exactly. It’s interesting enough to be weird, but not enough to be great. It feels like it was made with one goal, to make a game where orcs are oppressed and humans are cruel, and was content to accomplish just that. In short, it feels like the video-game equivalent of an old fantasy B-movie. I had fun, I laughed at it and with it, and after I’ve finished writing this, I’ll never think about it again.