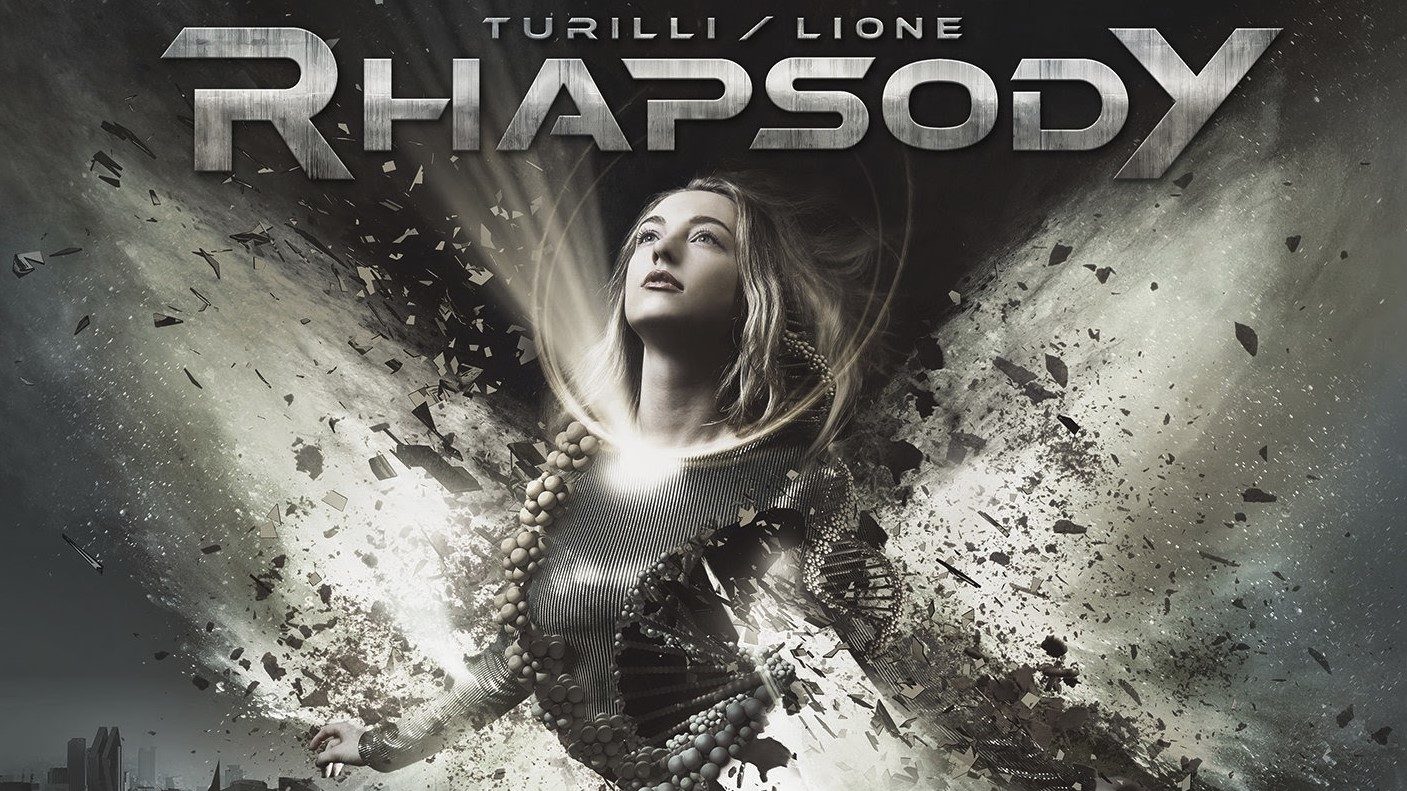 Here we go again. My relationship with the many iterations with Rhapsody began decades ago and has thus solidified into a commitment to listen to the various projects from this outfit until they decide to stop making music. Hello, welcome to my dorky life’s work. If you are new here , we are going to be talking about the Italian power metal act Rhapsody which turned into Rhapsody of Fire but this is another side project from former guitarist Luca Turlli and his Rhapsody which was running concurrently with Rhapsody of Fire. If that was confusing, then we are going to take them and mix it all up in a bag.

I have been howling with laughter since the announcement that there was a new Rhapsody project which consisted of all now ex- members of Rhapsody of Fire. Vocalist Fabio Lione (1995–2016), Guitarist and songwritter Luca Turlli (1993–2011), bassist Patrice Guers (2002–2011), and drummer Alex Holzwarth (2000-2016) haqqve formed a parallel band to the current Rhapsody of Fire — now with one remaining original member. In the universe of many different bands we are finally seeing a distinct separation between themes as Rhapsody of Fire, is continuing the fantasy narrative while Turilli / Lione Rhapsody is marrying symphonic power metal with science fiction / cultural elements.

It feels unfair to talk about Turilli / Lione Rhapsody in connection to Rhapsody of Fire but it is also impossible to mention one without the other, especially since the name is memorialized on the cover. Zero Gravity is the first record from this particular project but really is the 7th in the universe of Turilli records and really however many we are upto in the greater Rhapsodiverse which is the new name I am calling all of Rhapsody related records. While I may sound snarky when it comes to the new record, I mentioned I was howling with laughter not only at the continual melodrama surrounding the band but also the emerging quality of each record. With Rhapsody of Fire’s The Eight Mountain already one of the better symphonic power metal records of the year, Zero Gravity emerges as an album with familiar themes but new structure to expand this universe into exciting directions.

Following the original split of Turlli from Rhapsody of Fire in 2001, Luca Turilli’s Rhapsody released two records of interest and quality. 2012’s Ascending to Infinity and 2015’s Prometheus were both records that took a familiar sound and transcend the high fantasy narratives. Zero Gravity, while from a new project, feels like the culmination of work in Luca Turilli’s Rhapsody. From the opening lines of “Phoenix Rising,” the band professes “Through the shape of the square and the circle / I will look to realize who we are / I will tune to the laws of forever / While decrypting space and time / May I drown in the tear of an angel / To survive and repay all his love / To evolve as a perfect triangle / For the alignment of my soul” which acts as an overture to a new universe where fantasy, religion, science, and math coalesce in some place where technochoirs sing to the glass heavens.

While it is fun to think of these two bands as rivals in a comic book where all of the original members form a super-villain coalition and wage war on the last remaining member, the end result is two bands making fantastic records and pushing each others boundaries combined with decades of practice in the art of symphonic power metal. The Queen style influences in the operatic moments of “I Am” are jaw dropping and become less jokey and something more confusing and wonderful. This is less a band that has spread itself too thin with various projects and more of a franchise that is diversifying itself across the spectrum of themes. If you are here, you are already a fan and even if you are baffled, you at least have some great records to dull the confusion.